Gov. Andrew Cuomo hinted that he’d like Hillary Clinton to run for president in 2016 — before insisting coyly that he never said anything of the sort.

Ms. Clinton was stumping for the governor and his Women’s Equality Party at the Grand Hyatt in Midtown this afternoon, and spoke for about 18 minutes before introducing Mr. Cuomo, who recalled working for her husband President Bill Clinton’s administration.

“But there’s a post script to that line, which I’ll share with you today,” Mr. Cuomo continued. “I hope she does something really, really, really big.”

The crowd — which had previously chanted “2016” for Ms. Clinton, and considerably thinned out after she spoke — went wild.

But after the rally, Mr. Cuomo insisted he didn’t endorse Ms. Clinton’s potential presidential bid — in a year when Mr. Cuomo himself is among those said to be eyeing a run, particularly if Ms. Clinton does not.

“Oh you know that?” Mr. Cuomo asked a reporter who said the governor, too, had been considering a 2016 run. “That’s a fact? Where did you get that fact, by the way?”

Mr. Cuomo said he couldn’t have endorsed Ms. Clinton, since she’s not yet a candidate.

“She would have to announce that she’s running, and then people would choose to support her or not,” he said.

The governor said he couldn’t take a position on a race that “may never happen,” but cited Ms. Clinton as a great friend.

“I think she’s super, and she has to decide, and it’s a personal decision,” Mr. Cuomo said.

He recounted the personal decision his own father, Mario Cuomo, had to make on whether to run — and said it’s almost impossible to advise someone else on whether to do it.

So is Mr. Cuomo going through that same personal decision right now?

“No,” he told the Observer. “I’m going through the personal decision of getting re-elected.”

For her part, Ms. Clinton didn’t speak to any future presidential ambitions — but she did speak to the ones she had in the past.

“You can’t take anything for granted in an election year,” Ms. Clinton said, urging voters to support Mr. Cuomo. “I know that from personal experience.” 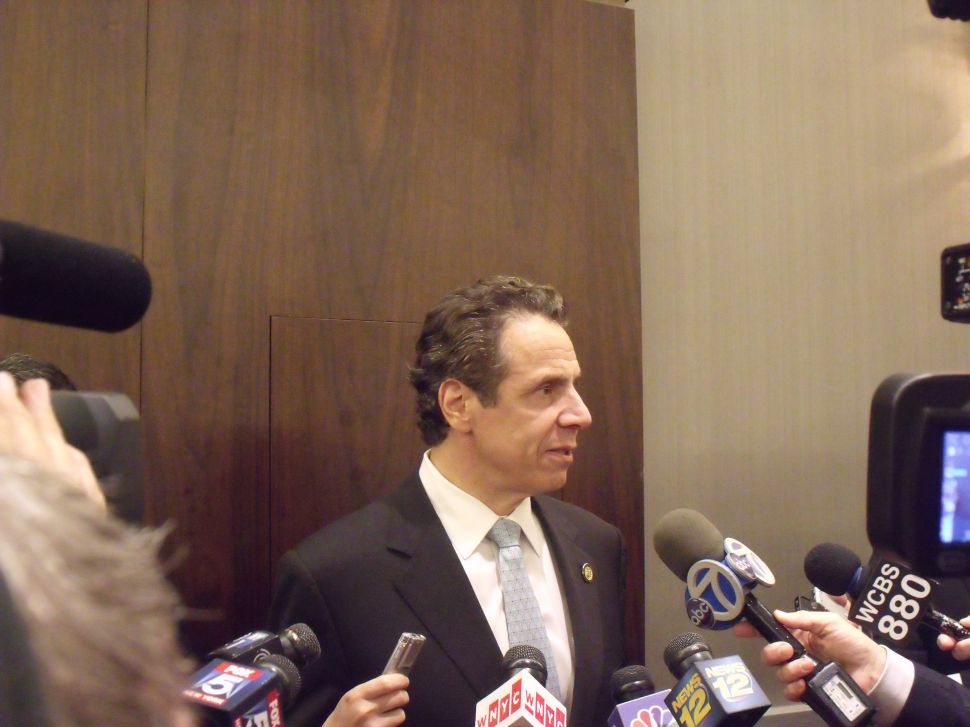