When it comes to Bill de Blasio’s priorities, Michael Grimm really is a neigh-sayer.

“I don’t think we should ban the carriages. The only thing we should mandate is that the horses are treated well and treated humanely,” Mr. Grimm told the Observer today at a campaign event outside the Staten Island Ferry terminal.

“Generations have made their living [driving carriages.] People want to say all the right things about how they’re trying to grow the economy and create jobs, yet they’re trying to take away jobs left and right,” Mr. Grimm added.

While Mr. Grimm, a conservative Republican, has repeatedly blasted Mr. de Blasio, a liberal Democrat, and Domenic Recchia Jr., the Democrat challenging Mr. Grimm, the battle over the fate of the carriages has scattered ideological allegiances. The Working Families Party and the Teamsters union, representing the drivers, are fighting back against the ban: many progressives in the City Council are ambivalent about the mayor’s plan and what it will mean for the carriage driver jobs.

Mr. Grimm’s attack on Mr. de Blasio’s motives is also one that has been echoed in other political circles. Last year, the prominent animal rights group NYCLASS launched a game-changing independent expenditure against Mr. de Blasio’s top rival, Christine Quinn, and Mr. de Blasio earned the adoration of NYCLASS activists when he vowed on “day one” of his administration to take the carriages off city streets.

While the issue is inherently Manhattan-centric, polls show residents in the outer boroughs like the idea of keeping the horse carriages around. In Mr. Grimm’s re-election bid against Mr. Recchia, the issue of animal welfare has not been at the forefront, however. 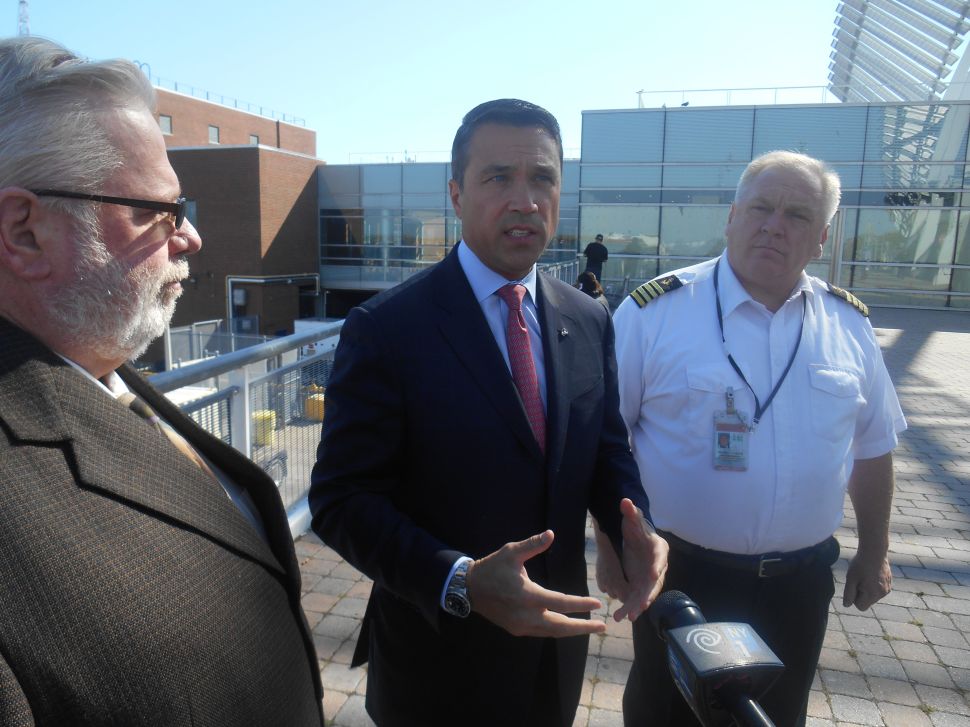