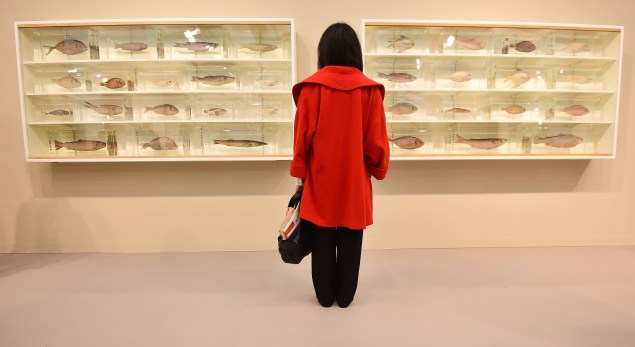 A woman at the Frieze Art Fair in London. (Courtesy Getty Images)

Before we get into everything in London, let’s dispense with the silly studies. A new bit of research says that men and women look at art differently! Women tend to look at the art and assess its merit based on the work, whereas men will like a work if another man tells him to like it. [The Huffington Post]

Kara Walker held onto a piece of her enormous and enormously buzzy sculpture “A Subtlety,” that Creative Time exhibition that you brought your mom to visit last spring. It was made out of sugar, in that old sugar warehouse those terrible people are tearing down, and afterward you took your mom to Maison Premiere and she thought Williamsburg was so charming. Ms. Walker plans to put the hunk of sugar in an upcoming show. [The Los Angeles Times via artnet]

More details on the mammoth collection of Cubist works that Leonard Lauder has given to the Met. [WSJ]

And now off to London! Beyond the fair, the Rembrandt exhibition at the National Gallery brings together a pretty wonderful batch of his late works, and is distracting visitors from the Regent’s Park action. [Art Daily]

But once you enter the fair, what do you see? Not the cookie-cutter square cubes, no, not anymore. Galleries are doing whatever they can to burst through the imposed limits, and the art world—stricken with fair fatigue—is responding quite positively. [The Art Newspaper]

One such gallery with a booth that doesn’t really resemble a booth is Hauser & Wirth, which let Mark Wallinger just straight up recreate Sigmund Freud’s study. So says Jackie Wullschlager in the Financial Times: “A double whammy from Hauser & Wirth has superb early kinetic sculptures by Jean Tinguely and an inspired evocation of Sigmund Freud’s Hampstead home – wooden floors, rich fabrics, antiques – in ‘A Study in Red and Green’, curated by Mark Wallinger. This is the intellectual highlight of Frieze London.” [FT]

Also in the Hauser & Wirth booth: Christoph Büchel’s “Sleeping Guard,” which is a security guard nodding off on the job. [The Guardian]

And then The Guardian decided to send Sophie Heawood to her first ever art fair, just to see what would happen. What could possibly go wrong? “Is this part of the art, too?” she writes, befuddled, besieged by performance, intentional and not. “I can’t decide what’s art and what’s not.” Best of luck, Sophie. [The Guardian] 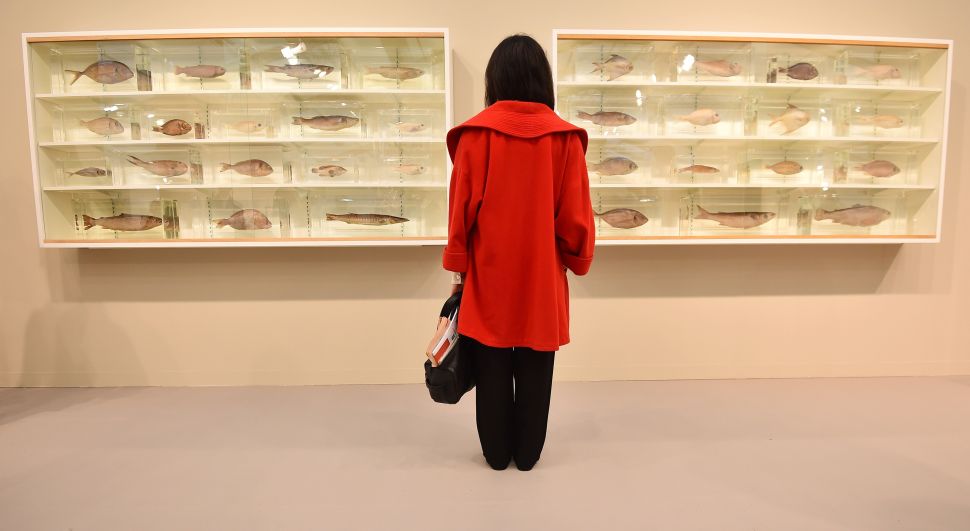