Christie’s will sell 21 of Cindy Sherman’s Untitled Film Stills at its November 12 Post-War and Contemporary art evening sale. The images are estimated between $6 million and $9 million. Though MoMA bought the entire series in 1995, curator and collector Ydessa Hendeles is the seller of these specific images. [Art Daily]

The family of collector Sir Denis Mahon, who died three years ago, is suing Sotheby’s in high court for reportedly not consulting “widely enough” before selling a paining originally believed to be a Caravaggio copy for £42,000 in 2006. The lawsuit is being pushed by Lancelot Thwaytes on behalf of Sir Denis, who bought the painting for £140 in 1962. Mr. Thwaytes has gathered his own experts and determined that not only is the painting real, or so he claims, but that it’s actually worth closer to £10 million. A month-long trial begins today. [Daily Mail]

The American Folk Art Museum gala raised $1 million at last Thursday’s event. The event honored Joyce Cowin, a museum trustee for over 40 years, Margaret Boles Fitzgerald, chairwoman of the foundation’s board, and Richard Walker. Despite tumultuous times, having recently sold its West 53rd Street home to MoMA, the museum has found funds to put on touring exhibitions. [Wall Street Journal]

John Spero attempts to shed some light on a frustrating art market fact: artworks by female artists are not worth as much as their male counterparts. Of course, in attempting to get to an answer he stumbles through some grossly general conclusions by book author Sarah Thornton. But his own final thoughts aren’t total conjecture; he talks to higher ups at Christie’s and several art advisory firms in order to conclude that inequality in the art market is based on the inequality everywhere else in the world. “Since women still don’t have their half of politics or business, why would the art world be any different?” Not exactly a revelation, but now we’d like to read this same article written by a woman—in the spirit of gender equality, of course. [London Evening Standard]

Sandra Bloodworth, director of the MTA’s Arts and Design initiative has co-authored a book with William Ayres on the city subway’s public art projects, now totaling 250 permanent artworks between five boroughs. New York’s Underground Art Museum published by Monacelli Press, will be released this Tuesday, October 28. While you wait, read our short guide to some of the MTA’s newer, and controversial works. [Metro]

After six years of renovations, which still aren’t totally finished, the palace built by Rome’s infamous emperor Nero has opened to the public for viewing. Nearly 2,000-years-old, the site of the “Domus Aurea” or “House of Gold” is the second in the city this year to be restored, and visitors will be need to wear hardhats when guided through. [Reuters] 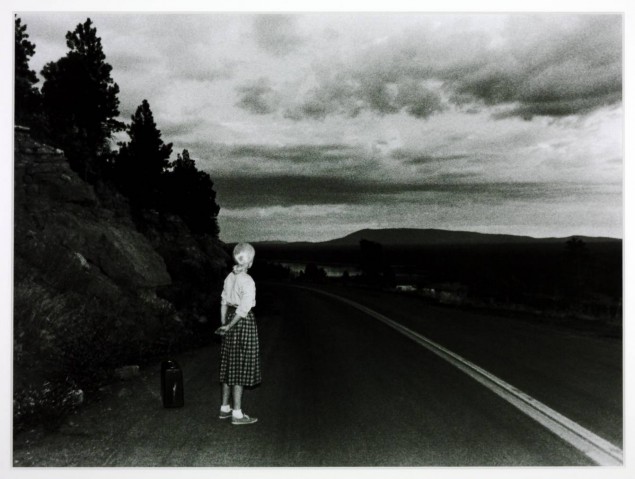