Crowdsourcing shows at museums to the public, and putting out open calls to amateur curators, is creating a shift in the curatorial power structure at major museums. Shows like “#SocialMedium” at the Frye Art Museum in Seattle, a show of 40 paintings chosen by the public, and “Boston Loves Impressionism” at the Museum of Fine Arts in Boston, the institution’s first crowd sourced exhibition, are proving that it’s possible “disrupt” just about any industry—thanks tech kids. [Wall Street Journal]

Today in brilliantly executed loans, Pat Hardy was able to secure Monet’s Charing Cross Bridge, London (1902), which was once a present to Winston Churchill from a friend and normally hangs above his desk at his Kent country home, owned by the National Trust. But the real kicker is that she was able to borrow it for the exhibition “Sherlock Holmes: The Man Who Never Lived and Will Never Die” at the Museum of London. Why, you might ask, did she want a Monet for a show about the famous literary detective? It’s all about the fog, my dear Watson. [The Art Newspaper]

London is celebrating black history month with an unprecedented eight exhibitions by black artists. On view at the some of the city’s premier private and public galleries is work by Steve McQueen, Rotimi Fani-Kayode, Glenn Ligon, David Hammons, Kerry James Marshall, Wangechi Mutu, Carrie Mae Weems, and a show of historic photographs at Rivington Place titled “Black Chronicles II.” It’s worth noting that the series of shows coincided with Frieze, and there is quite a lot of imported talent from the U.S. on that list. [The Root]

Starchitect Frank Gehry had a moment at a press conference on Thursday in Oviedo, Spain—a very bad moment. When asked by a journalist if his architecture was all about spectacle he responded by giving the reporter the finger. Then he went on to say, “In this world we are living in, 98 percent of everything that is built and designed today is pure shit. There’s no sense of design, no respect for humanity or for anything else. They are damn buildings and that’s it.” Later, he apologized and blamed the outburst on jet lag. [Guardian]

Artist and writer Farheem Haider takes issue with James Trainor’s recent essay for Artsy about how artists and dealers from the big city can save the scene upstate. In his op-ed for Hyperallergic he points to the Hudson Valley’s rich history of cultural innovators, movements like the Hudson River School, and how influential work like that of renowned landscape architect Frederick Law Olmstead has left its impact on New York City. His feelings summarized: Upstate doesn’t need saving, and recent art world transplants are doing nothing new. [Hyperallergic]

Joseph Grima has been appointed the first director of the New Museum’s Ideas City biennial. Mr. Grima served as the director of Storefront for Art and Architecture and is the former editor of Domus. The New Museum’s director Lisa Phillips said, “It’s developed so much momentum, and we have so many opportunities in front of us with so many cities asking if we could come to them, that we really needed someone who could run the whole program.” [New York Times]

The L.A. Islam Arts Initiative (LA/IAI) kicks off on Sunday with participation from 30 arts institutions citywide. The initiative’s creator, L.A. department of Cultural Affairs project manager Amitis Motevalli, saids, “People under the umbrella of Islamic culture may include Sikhs, Armenians, Jewish people living in predominantly Islamic countries. But people mistake the culture as something that’s singular—and sometimes, a culture of violence or victimization…So we want to switch it up and show multiplicities.” Its two central exhibitions, “Doris Duke’s Shangri La: Architecture, Landscape, and Islamic Art” and “Shangri La: Imagined Cities” can be seen at Barnsdall Art Park, and features the work of contemporary artists Charles Gaines, Mariam Ghani, among others. [L.A. Times] 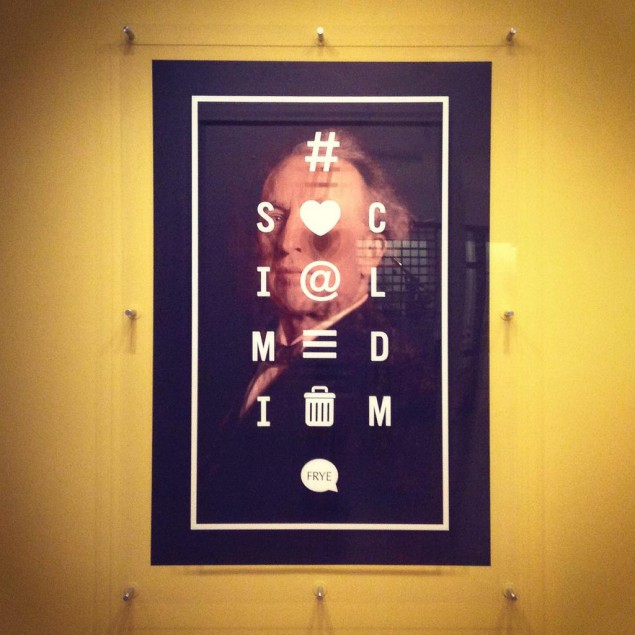