Down goes the butt plug. After a contentious few days where the city of Paris brewed up a mini culture war against “Tree,” a sculpture by Paul McCarthy that closely resembled a certain thing one sticks up another thing, offended Parisians deflated the art in the middle of the night. [The Guardian]

Bloomberg has created a video called “How to Make Money at Frieze London,” which has a slightly misleading title and, incidentally, a strange reference to some anachronistic drug slang. [Bloomberg]

Here’s Linda Yablonsky’s final diary from Frieze, perhaps the last thing we need to hear about Frieze: “But Frieze is never just about Frieze. Instead of the product promotions that blight Art Basel Miami Beach, international biennials and other nonprofit entities introduce themselves through social events and symposia. Before a vegan lunch on Thursday, curator Carolyn Christov-Bakargiev laid out the principles behind the fourteenth Istanbul Biennial, which she is organizing, for interested patrons and several of the artists involved, Theaster Gates, Adrián Villar Rojas, and Ed Atkins among them.” (Also we hope this is the last thing we need to hear about vegan lunches at art fairs, but we’ll probably have no such luck.) [Artforum]

Did you know there’s a show of Andy Warhol’s ties at the Swiss National Museum in Zurich? Did you know that there’s an ad for Robert Talbott Ties directly below the byline of this story about ties? The world continues to enthrall. [Art Daily]

On “superposition,” a sort of sound collage but also something more, by Ryoji Ikeda at the Met. “But there is, always, a human stink in Mr. Ikeda’s work. “Superposition,” if I understood it right, is about the tension between what can be graphed, plotted and perfectly represented, and what can’t. He’s interested in cold data — “superposition” is a concept from quantum mechanics — but more interested in how we can use it as a language, how we can make it talk or sing. He’s a kind of translator, converting principles into words, numbers into code, code into sound and image.” [NYT] 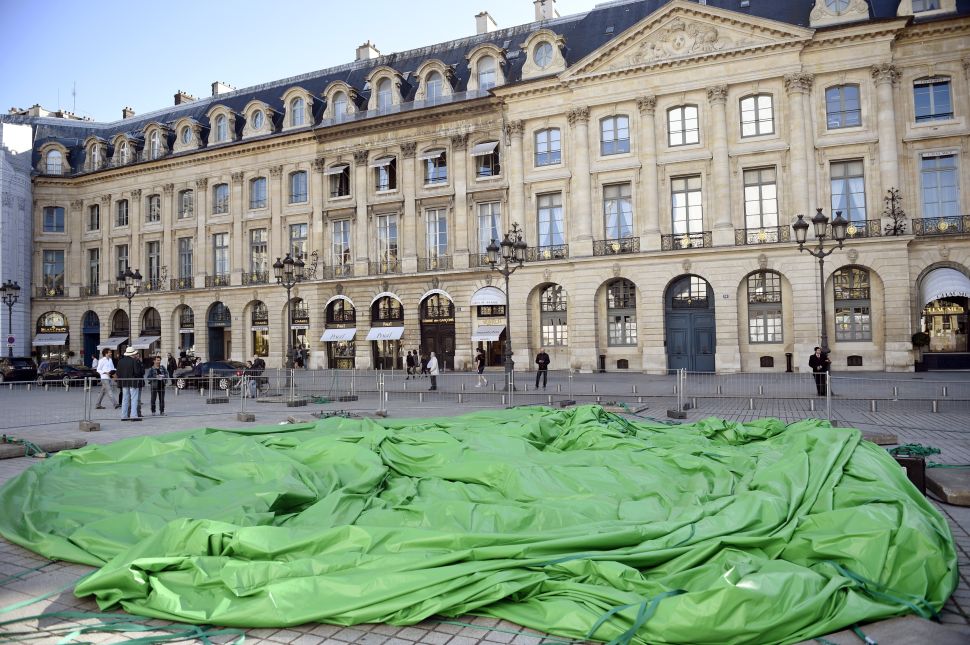