Isabelle Huppert, muse to Chabrol and Haneke, will curate a show of Robert Mapplethorpe pictures during Paris Photo, and the actress has been given full access to his work by the Robert Mapplethorpe Foundation. Ms. Huppert compares his photography to poetry, which I think has been done before. [Women’s Wear Daily]

Grayson Perry wants you to know he is leading a conformist middle-class life: psychotherapist wife, daughter who works at Buzzfeed, lingering habit of dressing up as female alter egos, tendency to shit talk Tracey Emin, medal of Commander of the Most Excellent Order of the British Empire. [The Telegraph]

Yoko Ono talks about the Folkestone Triennial, which is showing her work, and mentions that she was once married to an Englishman named John. [The Daily Mail]

Josephine Meckseper grew up in an adorable house in Germany with all these adorable things in it and here’s a video all about it. [T]

Back to school: “The University of Hong Kong, in collaboration with Art Basel and Central St Martins in London, is launching the first course in Hong Kong aimed at educating novice art collectors.” [The Art Newspaper] 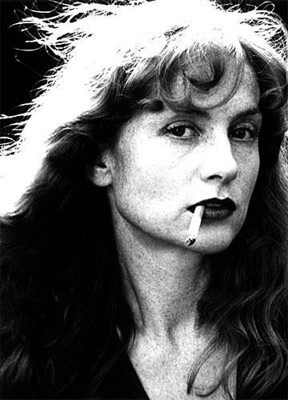