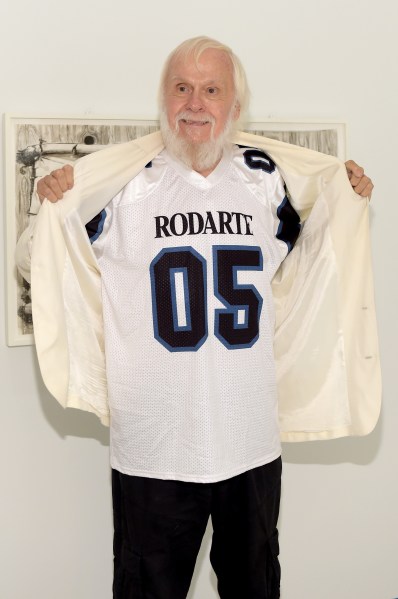 The Hammer Museum had its annual gala, and this year it honored L.A. artist Mark Bradford. And even though half of Hollywood showed up in couture, the best dressed person at the party was John Baldessari, who wore a Rodarte women’s football jersey. [WSJ]

Peter Schjeldahl on “Matisse: The Cut-Outs” at MoMA, in this week’s New Yorker: “When Matisse is at his best, the exquisite frictions of his color, his line, and his pictorial invention—licks of a cat’s tongue—overwhelm perception, at which point enjoyment sputters into awe.” [The New Yorker]

Here are the first slew of stratosphere-high prices of works at booths at Frieze, dutifully compiled by the good people at Bloomberg. And the grand total of all the art at galleries, fairs, and auctions? A cool $2.2 billion. Gagosian Gallery declined to name the price of its playground installation. [Bloomberg]

Someone adjusted a Bansky work in Kent, England, called Art Buff, wherein a woman looks at a plinth sans art, but staring at it as if there were art on said plinth. The adjuster of the piece put a male body part on the plinth. An improvement? Probably. [The Guardian]

Do you see two paintings? One of those paintings is fake! Science and statistics declare half of art fake. [Art Daily via artnet]

The Louvre will lend the Louvre Abu Dhabi a da Vinci. [The Art Newspaper]

Also going on during Frieze week: Gerhard Richter at the brand new Marian Goodman Gallery in London, which is housed in a Victorian-era factory in Soho. [NYT] 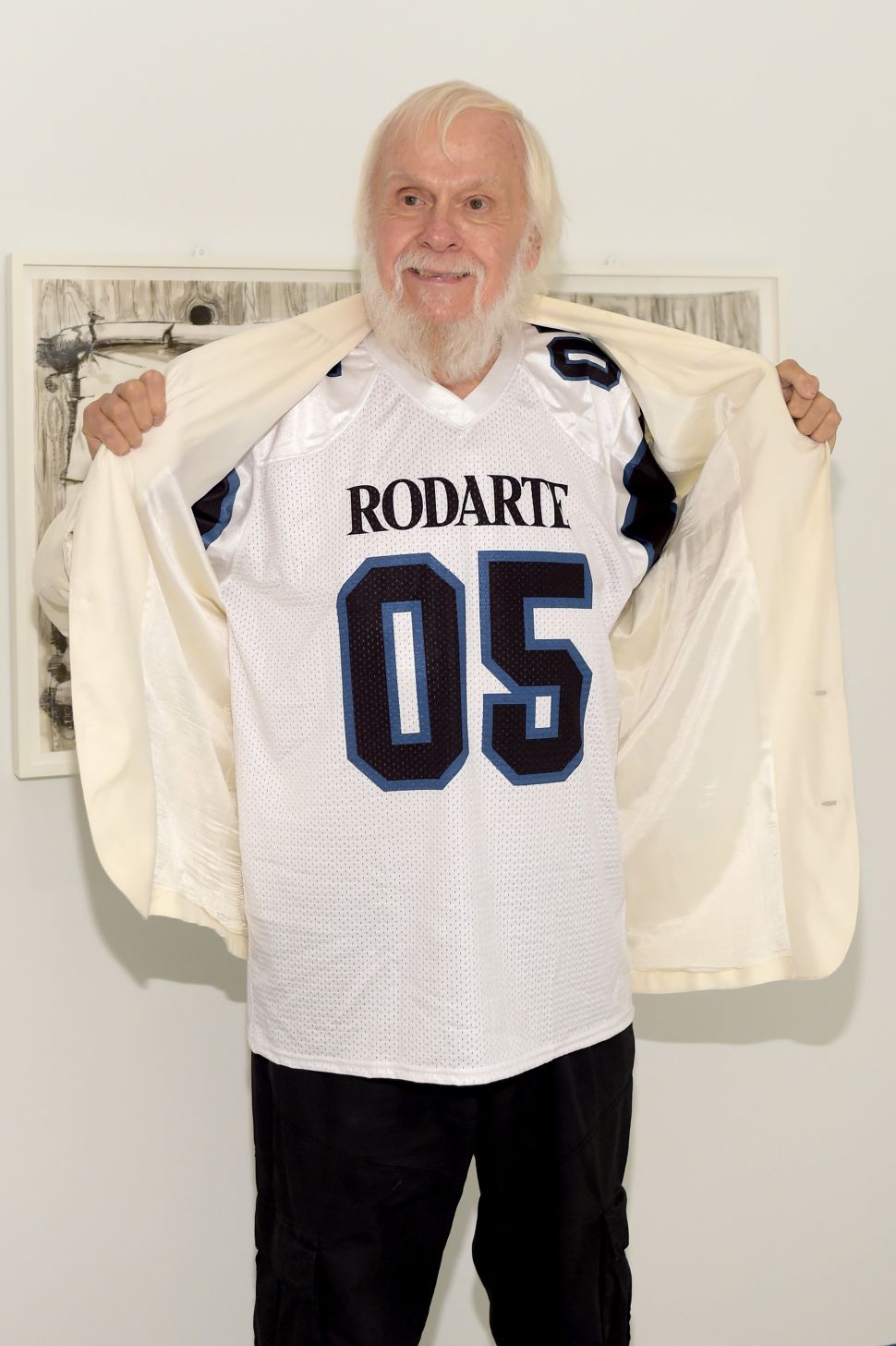