The Tate Britain gets a collection of Victorian era stereographic photographs on loan courtesy of Queen guitarist and doctor of astrophysics Brian May. The photographs will be featured in the first major show of stereoscopic photography in the U.K., called “Poor Man’s Picture Gallery: Victorian Art and Stereoscopic Photography,” through April 12, 2015. [Art Daily]

The upcoming Prospect 3 Biennial in New Orleans is—in stark contrast to its peers—“the most racially diverse US Biennial in recent history.” “Of Prospect’s 58 participating artists and collectives, 22 are African-American. Forty-four—around 76%—are artists of colour.” [The Art Newspaper]

A close look, inside and out, and the Frank Gehry-designed Fondation Louis Vuitton in France, and a tour of the architect’s retrospective at the Pompidou Centre, reveal that when given unlimited resources and budgets he can find himself getting a bit carried away with projects. The Guardian declares the Fondation Louis Vuitton far from his noted style of “logotecture,” and says, “Sporting a glittering LV logo at the front door, it could also be a gigantic Louis Vuitton perfume bottle, smashed to smithereens.” [Guardian]

Wondering what the deal was with the triple “P” in Whitney Museum Koons show vandal Chris Johnson’s late night gallery tag? Turns out he hangs with the Peter Pan Posse, a New York graffiti crew whose handiwork can be seen all about town. That doesn’t excuse his poor spelling though. [Bullet Media]

“I think the gentle womb of academia could do with a radical Caesarian.” Not quite retired critic Dave Hickey packs a punch in an interview given by email to John Seed. In it he says he “would like to tear down the vestigial fences that remain from the segregation imposed by ‘identity politics.’” He also clarifies that he is “retired from the art world” but “will never retire from art or writing” and, for all those net artists out there, that “art was obligated to abandon digital means twenty years ago. Technology is not a raison d’être.” [Huffington Post]

Artist Daniel Arsham has teamed up with art enthusiast James Franco for the second part of his “Future Relic” series, titled “Future Relic 02.” A world premiere of the film can be seen here, and it’ll be screened in its entirety at the 2016 Tribeca Film Festival. Mr. Franco plays a worker who investigates everyday objects from today’s contemporary civilization, which, at the time of the film, is no more. [T Magazine]

Last month’s floods in Kashmir have severely damaged art and artifacts from Shri Pratap Museum, some beyond repair and dating as far back as the second century. Conservationists and cultural activists are blaming local authorities for not taking swifter and more careful action to recover the items, which range from a Gilgit manuscript from the sixth century to rare paintings by MF Husain, Bal Chhabra, and GR Santosh, among others. [Quartz India]

The city of Detroit is cracking down on graffiti, issuing tickets to business owners who commissioned or permitted artists to paint murals on their buildings. Many were done as part of the “Keep Michigan Beautiful” award-winning Grand River Creative Corridor initiative. [Hyperallergic] 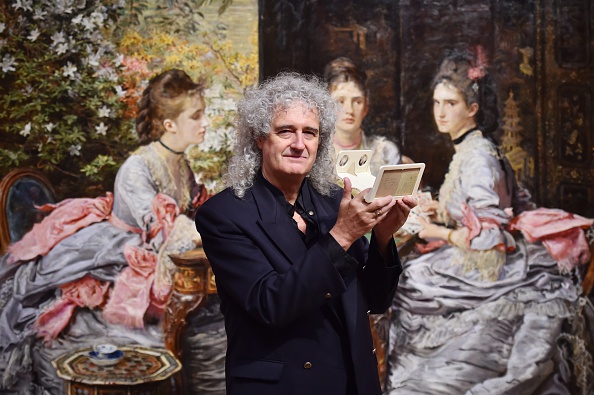