Laura Raicovich has been named the new president and executive director of the Queens Museum, joining from Creative Time, and will fill the post of her predecessor Tom Finkelpearl, who recently left to be New York City’s cultural affairs commissioner. [New York Times]

Starting sometime between 2015 and 2017, tourists will be able to visit the Louvre, the Palace of Versailles, and the Musee d’Orsay any day they want, seven days a week. But French unions are exactly psyched about it. Christian Galani of the CGT union at the Louvre said, “The idea is to get the maximum amount of money possible and there is no thought about the visiting conditions.” [Art Daily]

In 2016 the finished sacristy, raking cornice, and new stained glass windows will all have been added to the Antoni Gaudí’s Basilica de la Sagrada Família in Barcelona, Spain. The architectural masterpiece has been under construction for decades, and it likely won’t be finished until 2026, but some wonder if—without Gaudi at the helm, changing as he goes—the project is out of touch with the times. [Hyperallergic]

CNN will premiere a new series on October 10 called “Ones to Watch,” spotlighting artists, architects, dancers, and other creatives that may hit it big one day. It’s not Bravo’s “Work of Art: The Next Great Artist,” nor is it “Gallery Girls” for that matter, but the art world is seriously lacking for some good TV representation right now, so we’ll take it. [artnet news]

People flipped over—and fell for—fake news from a Canadian radio show that claimed artist Lana Newstrom was selling “invisible art” for lots of money. Jonathan Jones postulates that the stunt and its aftermath demonstrate “how much we hate the rich.” [Guardian] 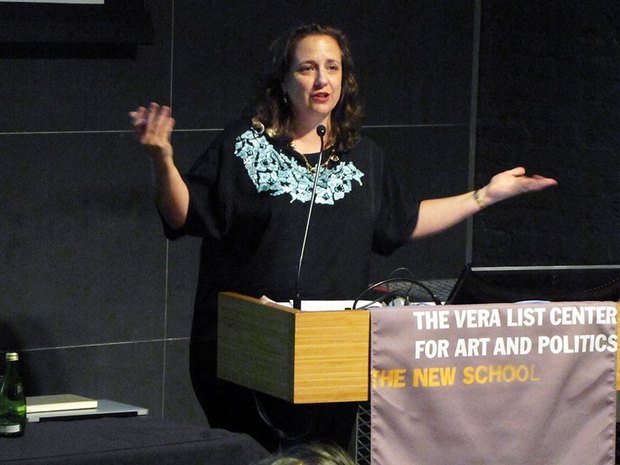