Findings published yesterday in the scientific journal Nature claim that cave paintings in Indonesia have been dated as far back as 40,000 years, making them the some of the oldest examples of such art in the world, and changing scientists’ ideas of the widespread origins of art making by humans. The paintings are a mix between hand stencils and animal figures, many as old as similar works in Europe, though a painting of a female babirusa (“pig-deer”) sets a new record at 35,400 years old. Works in the Maros-Pangkep caves range from 17,400 to 39,900 years old, close to the age of similar artwork found on the walls of caves in Europe, according to the report.

A new report from the consulting firm Deloitte suggests that the Russian art market is going strong—as strong as it was in 2008—and Russian art sales are setting new records to back that up. This news comes amid continued troubles politically and economically for the country. [New York Times]

The Kunstmuseum Bern, the Swiss museum designated the sole heir to the massive art trove found in German collector Cornelius Gurlitt’s apartment, will decide whether or not to accept the collection on November 26. The museum has had six months to deliberate, a decision that, no doubt, is hard considering some of the works are suspected for being Nazi loot. [ABC News]

This weekend Chicago residents will have the chance to tour the homes and collections of four of the city’s prominent private collectors of African Art through the non-profit Diasporal Rhythms. The price of the tour is $40, and tickets are limited. [Chicago Magazine]

“Dear Mr Lars von Trier, I think you are the most disturbing director in this planet and this is why I’d really, really love to work with you.” Marina Abramovic’s pens a plea to the controversial Danish director. [Art Newspaper]

Norway’s currency is getting an abstract redesign by architecture firm Snøhetta and graphic designers The Metric System. The result are some colorful, pixelated gradients in purple, green, and reds for the 50-, 100-, 500-, and 1000-kroner notes. [The Atlantic] 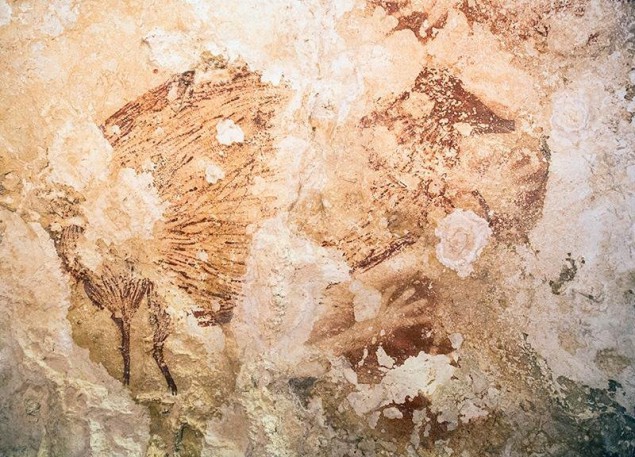