Carolina Miranda investigates what went wrong at the inaugural World Wide Art Fair, a new fair that was held at the Los Angeles Convention Center October 16-19 that no one seemed to show up to. A mere 1,800 people showed up over four days, and many of the exhibitors weren’t galleries but single artists paying upwards of $5,069 for a small booth. “Clearly, we made mistakes…We’re disappointed too. We’ve lost more money than anybody,” said Thomas Tunberg, who organized the fair with his wife. [L.A. Times]

Today is Halloween, and the art world takes its costumed holidays very seriously. Here is an impressive pumpkin to celebrate the occasion carved by MoMA curator Eva Respini, inspired by Matisse’s Blue Nude, in this week’s “Instagrams of the Art World.” [In The Air]

Creative Scotland, a public arts organization that distributes funding from the government and National Lottery, will give out £100 million for this year’s regular funding program. Of the 119 groups to receive support, outlets like Ayr’s Gallery Theatre, Dovecot Studios, and the Wigtown Book Festival will receive funding for the first time, while the Edinburgh International Festival, Dundee Repertory Theatre, and Centre for the Moving Image will receive the largest amounts. [BBC]

Here’s a breakdown of the A.P. Studio Art class that has become a staple on many prospective art school students’ transcripts—it’s one of the fastest growing A.P. courses. But what sets it apart from other classes is highly subjective scoring model, for which, according to some who teach the class, some of art history’s greats would not have gotten very high grades. [New York Times]

Much to Moby’s chagrin, not all artists are thinking about leaving New York for the West Coast. Yoko Ono has no plans to vacate the city she’s called home for decades, but she does have complicated feelings about it. “I do sometimes think, ‘Am I always going to be in New York?’ In a way, it’s destiny, in that even if I try to find somewhere else to move, I just can’t. But, of course, it’s not destiny—it’s my mind that is blocking that.” [Wall Street Journal]

More Halloween tidings! Behold The Arm of the Unknown Soldier, it’s currently on view at the National Museum of Civil War Medicine in Frederick, Maryland. What is it? Oh, just a real, well-preserved, severed arm from a male soldier that was recovered from the Antietam battlefield is all. [CBS News] 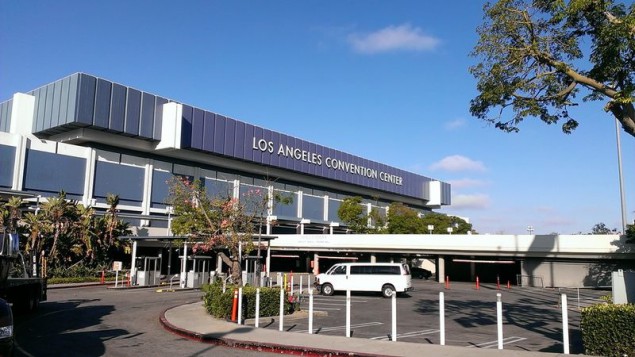