HUDSON COUNTY – Old timers tramping in this New Jersey State Hispanic parade say this one was bigger than in years past.

Whenever you see residents in windows waving flags you know the street is probably packed, and it was, from 80th to 32nd on Bergenline, where U.S. Senator Bob Menendez (D-NJ) played host to U.S. Sen. Cory Booker (D-NJ), the two of them attired in white parade sashes with gold lettering.

“Banderas!” a man shouted as he maneuvered a cart onto the curb as the voice of Marc Anthony pounded through speakers and beauty queens from Central American countries waved to the passing crowd.

He had flags of all Latin American countries for sale, and you could glimpse all of them up fluttering and down the crammed sidewalks as the floats came and went.

In the lead with Menendez, Booker waved grandly, smiling to friendly faces through North Bergen, West New York and Union City. He’s on the ballot Nov. 4th, seeking a full six-year term in the face of a challenge by Republican Jeff Bell of Leonia, who has signaled an interest in winning Hispanic votes in this state, where Latinos number 18 percent of the state’s total population.

In email communiqués with supporters, the challenger quotes the late President Ronald Reagan, who famously carried Hudson County in 1984.

“Ronald Reagan once said, ‘Latinos are Republicans, they just don’t know it yet,’” noted Bell. “Maybe that’s politically incorrect to repeat in 2014. But I do agree with the premise behind his assertion: if the Republican Party makes the case to them, Hispanics will vote GOP.”

Asked about the quote today moments after he bounded down from publicly addressing the throngs all along Bergenline in serviceable Spanish, Booker strongly objected.

“It’s insulting,” said the senator, descrying the notion that someone could simplify such a broad and diverse group. “Instead of insulting the Latino community,” Bell, Booker said, should back policies that improve those in need.

The senator – who largely built his Newark base when he served as mayor on Latino voters – cited immigration reform, a hike in the minimum wage and healthcare reform as measures his party champions that directly positively impact Hispanics.

“The quote is a typical example of Ronald Reagan optimism going after every vote,” said the GOP challenger. “He went after Hispanic vote. I’ve used that line – I used it today in an Hispanic church in Lakewood – and it always gets a laugh. It doesn’t show disrespect. It’s a sign of respect. Senator Booker misunderstands the line.”

“Obama has deported more immigrants than any other previous president,” Bell added. “He mitigated that a little bit with the Dream Act, but Obama’s whole approach has been counter-productive on immigration reform, and I don’t hear Senator Booker criticizing the president.” 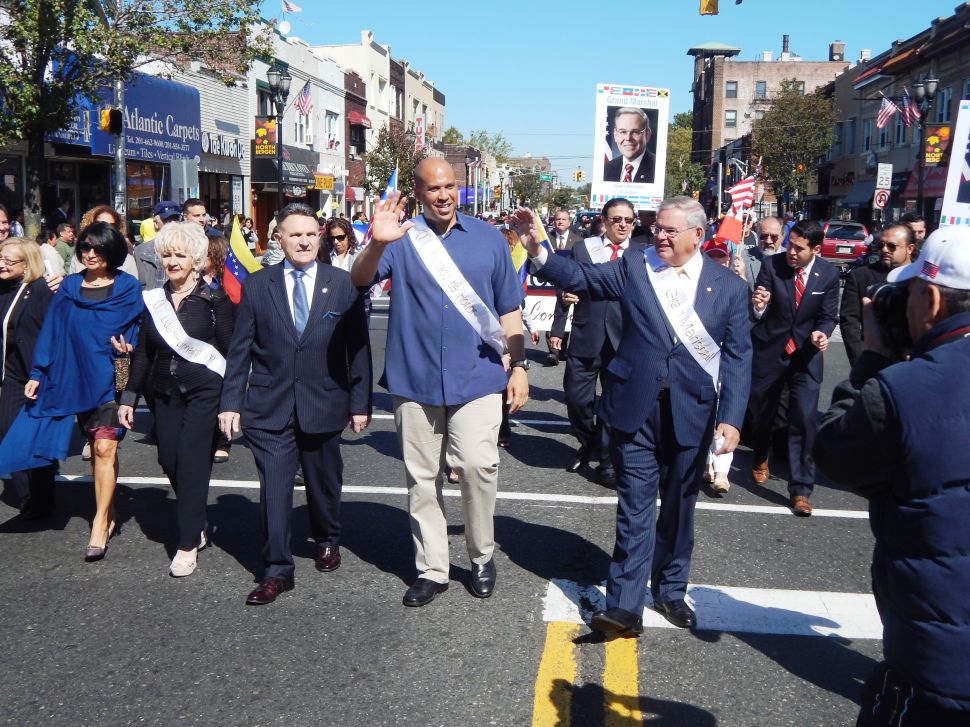