Focused on policy and touched by tragedy, Bergen County Freeholder Chairman David Ganz, a Democrat, talked to PolitickerNJ about some key issues as he seeks reelection.

Last month, Bergen County Executive Kathleen Donovan appointed a seven-member task force to study the future of Bergen Regional Medical Center, the county-owned medical center in Paramus. Days later, three freeholders, including Democrat Tracy Zur, Republican John Felice and Democrat Jim Tedesco publicly criticized the task force, saying that it was not inclusive enough and that the panel was packed with too many of Donovan’s political allies. Tedesco is challenging Donovan in the Bergen County Executive’s race.

For his part, Ganz is very clear about one aspect of the hospital’s future.

“The one thing that I’m certain that it shouldn’t be is a private health care facility,” said Ganz, 63, a former Fair Lawn mayor who was first elected to the freeholder board in 2002 and was named board chairman in 2013. “I’ve seen what happened when it was privatized to a partial extent in 1998 [when it contracted with Solomon Health Group to run it]. Bergen Regional is one of the largest hospitals in the state, and is often a hospital of last resort. I don’t think that the patient care got better.”

Donovan has struggled with the freeholder board over plans to merge the Bergen County Police Department and the county Sheriff’s Office. Donovan is opposed to the plan, while the majority of the freeholder board, now controlled by the Democrats by a 5-2 veto-proof margin, supports the move. The final decision depends on the outcome of ongoing legal battles related to the merger proposal.

“We’re not trying to merge them, but we’re trying to reorganize it,” Ganz said. “What we hope to accomplish is saving anywhere from $175 million to $200 million over a 25-year period. Under our plan, the county police would continue to be an independent entity within the sheriff’s department, and would be salaried accordingly. There aren’t that many county police departments left, because it’s such a duplication of services. We don’t have the luxury of separately maintaining two law enforcement programs.”

Although the gambling industry is in decline in Atlantic City, there have been some proposals for casino gambling in North Jersey, including in the Meadowlands.

Ganz takes a wait-and-see attitude before Bergen rolls the dice.

“That is something that should be put to a plebiscite. I would like to know what the people feel about that,” Ganz said. “I can make arguments for both sides, and I’ve heard arguments from both sides. I think I want to hear what the people say before we make that kind of a commitment. With all these proposals we have to trust, but verify.”

“It’s certainly an idea that merits some examination and discussion,” Ganz said. “That’s a case where I’d want to study what happened in other locations where something similar has happened. We represent 925,000 people, which is larger than five states, larger than four American trust territories. If you go to districts, you’d go down in the number of people per district, which makes you a small legislative body rather than one that affects the lives of so many people.

“The other element, of course, is that the impetus for this is to gerrymander the districts,” Ganz added. “Then there is no guarantee that the kind of freeholder that groups seeking this change is going to emerge. You’ll have the same primary battles as you do elsewhere.”

The unfortunate uptick in heroin addiction in Bergen County has become another issue facing local policy makers. For Ganz, the issue is personal.

“People know that my son Scott was in the service in Afghanistan, came back, and unfortunately committed suicide. But what you probably don’t know about him is that during his adolescence, he tried every drug known to man,” Ganz said. “I think there is a lot that the county can do. We can do it through education, through the DARE program. We need to get together as a freeholder board with the county executive, put our heads together and come up with solutions that might really work.” 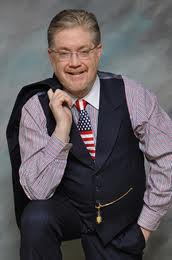