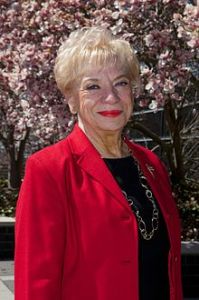 Influenced by her career in education, Bergen County Freeholder Joan Voss, a Democrat, talked to PolitickerNJ about some of the key issues as she seeks reelection.

Bergen County Executive Kathleen Donovan, a Republican, has fought with the freeholder board over plans to merge the Bergen County Police Department and the county Sheriff’s Office. Donovan is opposed to the plan, while the majority of the freeholder board, now controlled by the Democrats by a 5-2 veto-proof margin, supports the move. The final decision depends on the outcome of ongoing legal battles related to the merger proposal.

Voss explained her reasons for supporting the proposed merger.

“Bergen, Union and Camden are the only counties with county police – all the others merged with their sheriff’s department,” said Voss, 74, of Fort Lee, who served in the state Assembly representing the 38th Legislative District from 2004 to 2012 and was elected freeholder in 2011. “It will be a cost saving, and no one is going to lose their job. No one is going to take a cut in salary, and eventually everyone will be on the same contract. And there will be a sharing of expertise between the two departments. Over the next 15 years, we should save about $125 million.”

Last month, Donovan appointed a seven-member task force to study the future of Bergen Regional Medical Center, the county-owned medical center in Paramus. Shortly thereafter, three freeholders, including Democrat Tracy Zur, Republican John Felice and Democrat Jim Tedesco publicly criticized the task force, saying that it was not inclusive enough and that the panel was packed with too many of Donovan’s political allies. Tedesco is challenging Donovan in the Bergen County Executive’s race.

Voss’ 41 years of teaching experience at Fort Lee High School shaped her perspective on the future of Bergen Regional.

“I don’t think it should be privatized. I’ve dealt with situations where things have been privatized, and it hasn’t worked out well,” Voss said. “I taught for many years, and every time they think they’re going to save money by privatizing, it turns out to be detrimental to the institution.”

Voss again referred to the role of education when addressing how the county can deal with the rising incidence of heroin addiction in Bergen.

“We have a lot of programs, but I think we have to start early” Voss said. “When my son was in elementary school, they had programs against smoking and drinking. Many people my son’s age don’t drink or smoke because of the programs that were started early on. I don’t think we’re doing enough of that with the younger kids now. We have to start younger and younger. At the elementary level, kids are more receptive at that age. Once they’re in high school, they’ve already formulated their attitudes towards things.”

Voss’ attitude regarding the proposed change is cautious.

“I think we would have to think about this very carefully,” Voss said. “You face the prospect of gerrymandering, which is not a very good thing and happens in politics a great deal. We certainly need diversity, but I’m not sure that districts are the way to go. It diminishes the office of freeholder when it’s divided up into districts.”

Despite the decline of the gambling industry in Atlantic City, there have been some proposals for casino gambling in North Jersey, including in the Meadowlands.

Voss is ready to take a calculated risk.

“When I was in the Assembly, I sponsored a bill about ten years ago that asked that we bring gambling to North Jersey,” Voss said. “If we had gambling in the Meadowlands, it would revitalize business in the area. It wouldn’t just be gambling. It would be restaurants, entertainment, many things. This would be a plus, a bonus from my perspective.” 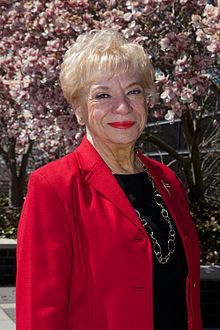