Mayor Bill de Blasio said yet again today that New York City’s hospitals are prepared to handle Ebola — even after a nurse in Dallas contracted the disease caring for a sick patient there.

Questions have swirled surrounding the Ebola case in Texas — which began when a Liberian man was brought Texas Health Presbyterian Hospital and sent away when doctor’s did not recognize he had Ebola. He was later re-admitted, but the hospital apparently did not take proper enough precautions to keep a nurse who cared for him from contracting the illness, becoming the first person to be infected with Ebola in America.

But Mr. de Blasio noted New York has one of the finest public health systems in the world and has spent weeks preparing for the potential of treating an Ebola patient.

Despite an Ebola scare at Bellevue today, the mayor noted the city has not yet seen a single case of the disease.

“We do not have any cases to date — I want to empahsize, there are no reported cases in New York City,” he said.

Office of Emergency Management Commissioner Joe Esposito said the city is working with hospital staff to “give them the best equipment and hope that they follow the procedures” to stay safe if they must treat an Ebola patient here.

“Everybody’s been trained. We’re constantly updating the training. We’re looking at the equipment to make sure it’s the highest quality. We’re giving them instructions on how to put it on, how to take it off — because as you take it off, you can contaminate yourself if you do it improperly,” he said.

That’s one way the disease has spread in West Africa. And despite all the training, Mr. Esposito noted that sometimes, even with stakes this high, people make mistakes.

“That’s all we can do,” he said of the training and equipment, “but we have to make room for human error. There’s gonna be human error.” 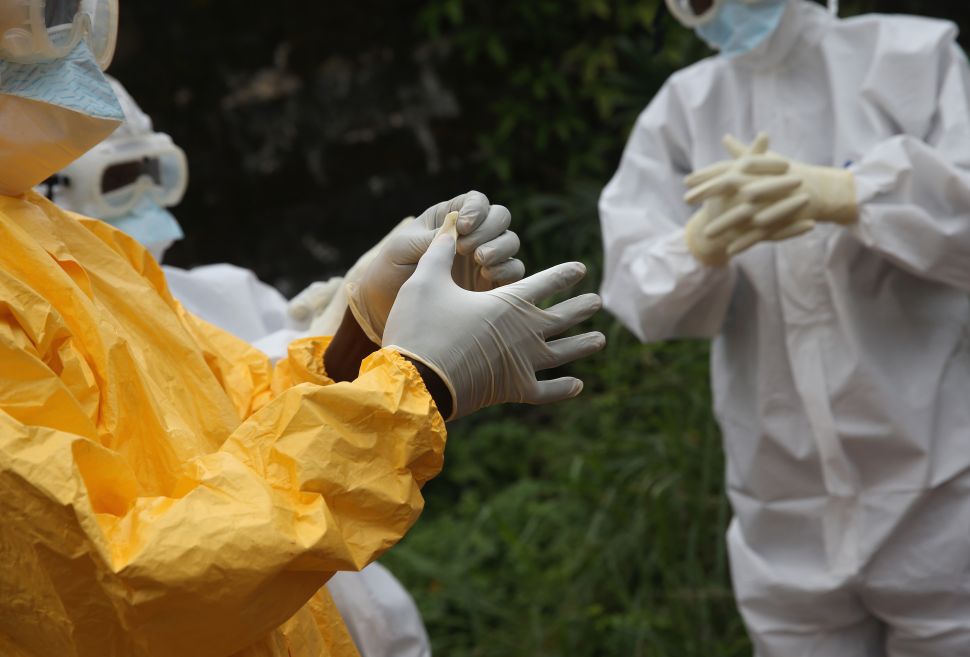