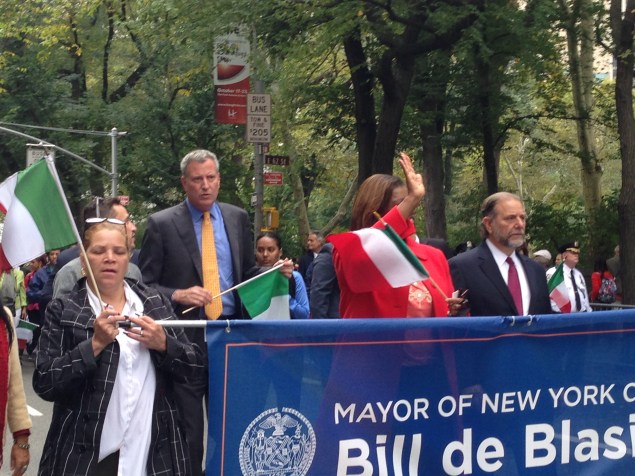 The case on Rachel Noerdlinger remains closed, as far as Mayor Bill de Blasio is concerned — despite continuing controversy surrounding the City Hall aide and her ex-con boyfriend.

“I have absolute faith in Rachel. She is a fine public servant. She is helping to move the agenda we were sent here to work on. I think we’ve talked enough about this. We’ve explained all the situations. It’s time to move forward,” Mr. de Blasio told reporters during a two-and-a-half minute availability.

After a week of being hammered in the press — the New York Times assailed his lack of transparency, the New York Post offered up a photo illustration of the mayor with his fingers in his ears, the Daily News called for Ms. Noerdlinger to be fired — the mayor spent Monday being chased by them, literally, along the parade route.

Mr. de Blasio, whose public schedule indicated he would not take questions at the parade and who had not taken questions from the press since Tuesday, darted to the sides of Fifth Avenue to pose for photos with revelers and to chat with Catholic leaders outside St. Patrick’s Cathedral. Then he would run back to his place behind a banner bearing his name, where he marched alongside Public Advocate Letitia James, as the press corps eagerly followed him, looking for a quote.

But the mayor’s security detail aggressively kept the press back, constantly warning reporters to move along and keep their distance, and saying the mayor would take no questions and make no statements.

At the start of the parade, 90-year-old television reporter Gabe Pressman — who has criticized the mayor for not being available enough to the press — approached Mr. de Blasio with his microphone, asking a question from the other side of the mayor’s banner. Other press rushed up behind Mr. Pressman, hoping to hear any response the mayor might offer — but the scrum was quickly broken up by Mr. de Blasio’s security, even as Mr. Pressman kept pointing his microphone at the mayor as he was shuffled away.

But after 25 blocks of reiterating there would be no questions, Mr. de Blasio’s press staff made him available after all — albeit briefly. The mayor was joined by Office of Emergency Management Commissioner Joe Esposito in taking questions — first on Ebola and then, of course, on Ms. Noerdlinger.

Ms. Noerdlinger, chief of staff to Mr. de Blasio’s wife Chirlane McCray previously unknown to most New Yorkers, has been in the headlines for weeks since DNAinfo opened a floodgate of stories by reporting Ms. Noerdlinger lives with Hassan McFarlan, who has served prison time for manslaughter and drug trafficking.

It eventually emerged that she had not mentioned Mr. McFarlan on background questionnaire handled by the Department of Investigation, something for which both DOI and the mayor’s office declined to discipline her. The Observer reported that she had been hit with a $28,000 federal tax lien, which the New York Post later noted she did not report on her Conflict of Interested Board reports. Most recently, it emerged that Ms. Noerdlinger had been in the car with Mr. McFarlan — and a young teen, likely her son — during a recent marijuana arrest. Questions have also been raised about the propriety of a waiver she was granted to live in New Jersey.

Despite all that, Mr. de Blasio said his office had “explained all the situations” surrounding Ms. Noerdlinger, keeping his comments brief — clearly annoyed to be discussing the matter yet again. He relished an opportunity to change the subject immediately, when an Italian reporter jumped in with the next question: what was his message to Italy on Columbus Day? 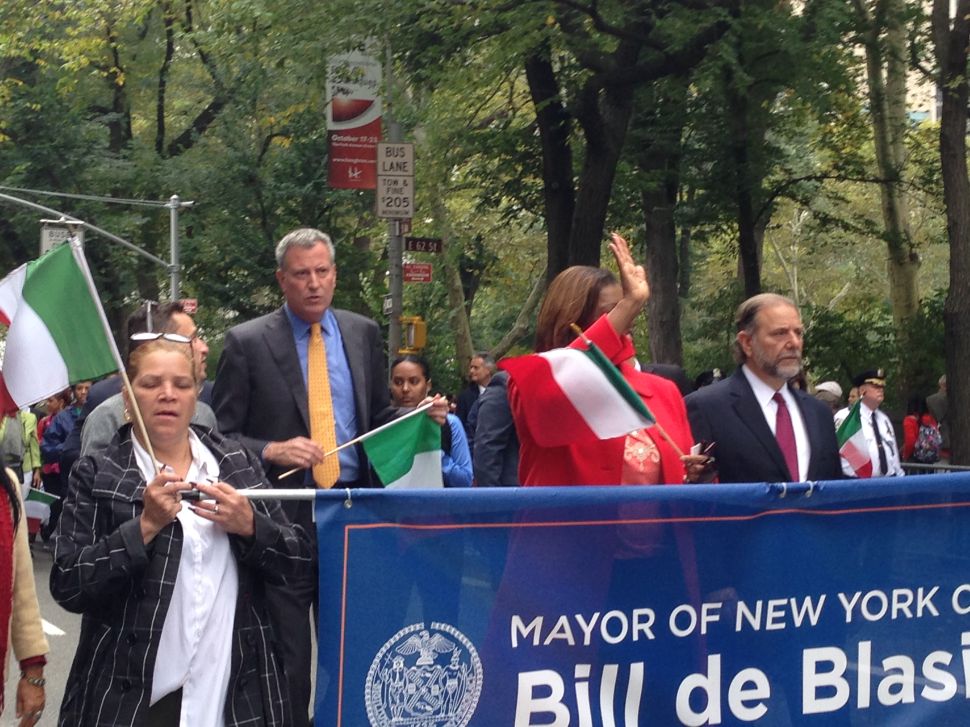