They’ve already spooked Republicans–and now they want to scare everyone else.

Mayor Bill de Blasio and his wife announced today they will be dressing up for Halloween and greeting trick-or-treaters at Gracie Mansion. Before begging for candy from the mayor at his front door, trick-or-treaters will have to endure a so-called “Spooky Walk.”

“The brave costume-wearers will take a ‘Spooky Walk’ through the People’s House before treat-or-treating at the front door of Gracie Mansion,” said a release from the mayor’s office, refusing to divulge what ghoulish surprises will be in store.

It’s not clear yet what costumes the mayor and his wife, Chirlane McCray, will don. Mr. de Blasio is no stranger to dress-up–he wore a pirate costume at the Mermaid Parade in Coney Island, Brooklyn this summer. According to press reports, the pirate costume was in fact an old Halloween costume, perhaps providing a hint into what garb will greet Gracie Mansion’s trick-or-treaters on October 31.

Mr. de Blasio’s billionaire predecessor, Michael Bloomberg, was not known to dress up for Halloween or host trick-or-treaters at his Upper East Side townhouse. 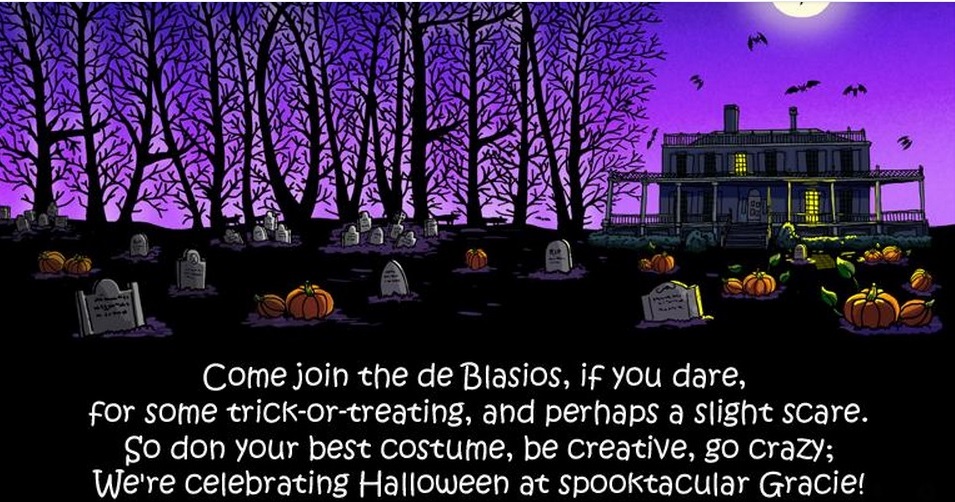