The city’s dark side has practically vanished beneath Manhattan’s widespread gentrification, with the true menace that was NYC in the ’80s now a skeleton of fables condensed into haunted houses and movie trailers. Until recently, Billy’s Antiques & Props was one of the few institutions that preserved the ghosts of Lower East-past. So when owner Billy Leroy was forced to shut down his tent in 2012, many mourned.

But in a universe where, according to Mr. Leroy, “junkies and alcoholics would lurk around like Zombies,” it would only make sense that the shop might revive from the undead, if only for a day. Surrounded by beer and biscuits, the antique staple will return in pop-up form for the Bedford+Bowery Bazaar on Saturday, Oct. 25.

With his long braid, tinted sunglasses, dapper raiment, and bold tattoos, Mr. Leroy is a character (New York staple?). Because his boarding school education has been corrupted by motorcycles and alcohol, he is a man of many spheres, and he navigates all of them with a piquant sense of self. His store— with its collection of furniture and artwork and its odds and ends—was one for the books.

“You know, the pitbull’s been replaced by the black lab. It’s totally, totally changed. And it’ll never be the same, ever. And we’re the last ones that kind of like keep that tradition going,” Mr. Leroy said of the Lower East Side in a 2007 interview with A Downtown Reporter.

Billy’s Antiques and Props’ closure two years ago symbolized much of Manhattan’s transformative bent from raw jungle of possibility to tourist trap, and Mr. Leroy has given up on the underworld where he once ruled as king.

However, if his stint at Bedford+Bowery Bazaar reveals anything, it is that Mr. Leroy may be frustrated but not finished with his antique adventures. Fingers crossed that this weekend is not the last time he fights for the fantasy of fright from recent history. But just in case, don’t forget to ask about “Lion Boy.” 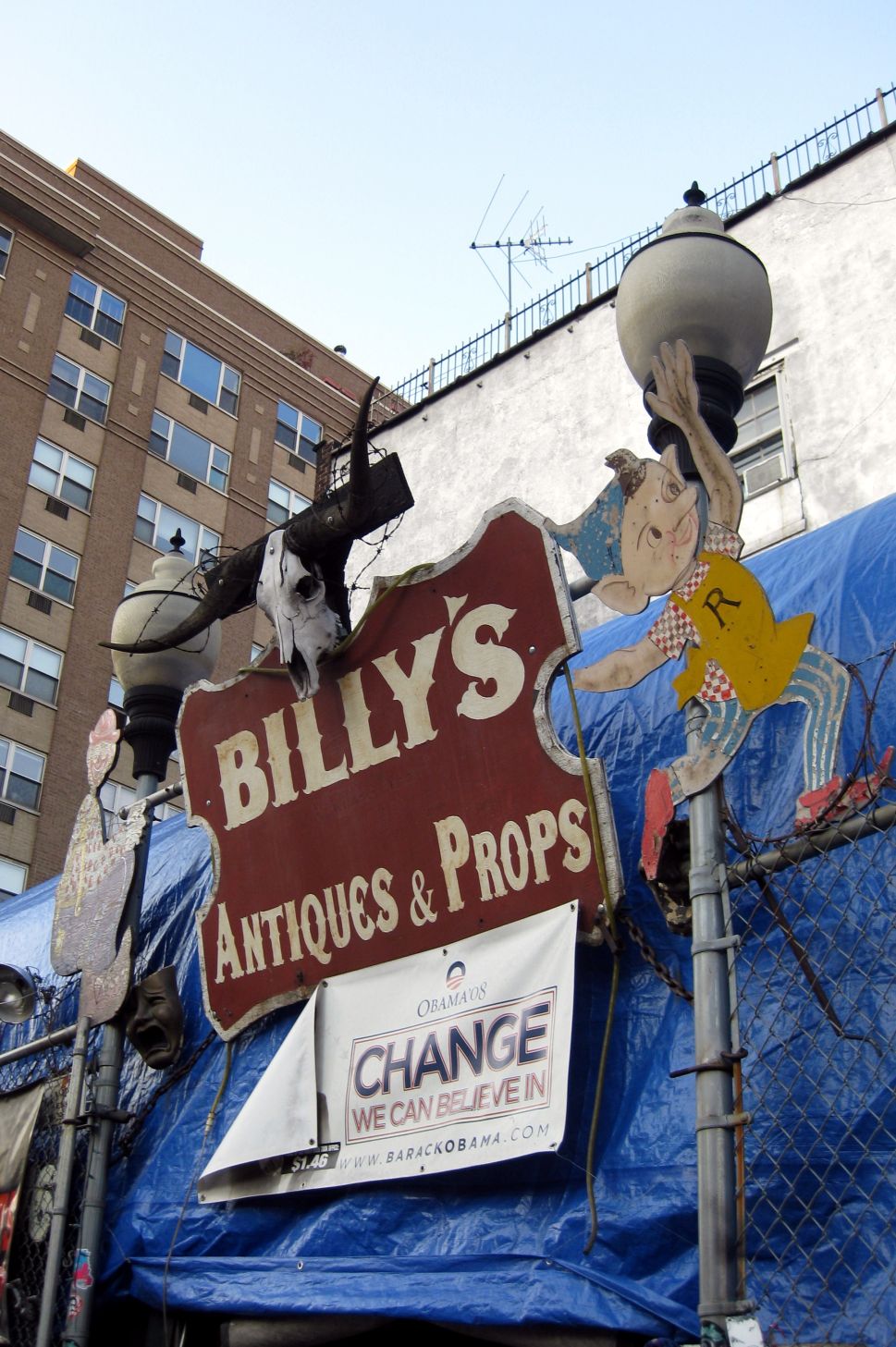