Mayor Bill de Blasio, despite decades spent in the grit of municipal politics, often appears frustrated by a news cycle that doesn’t quite spin the way he thinks it should. The liberal mayor has increasingly struck a tone somewhere between indignation and ennui when confronted by media questions he’d rather not answer: Are you guys really still harping on that?

The latest instance was on Monday, when reporters rained on Mr. de Blasio’s Columbus Day Parade by asking him once more about his wife’s chief of staff living with a convicted felon.

“I have absolute faith in Rachel. She is a fine public servant. She is helping to move the agenda we were sent here to work on,” Mr. de Blasio told a scrum of press at the end of the parade, after aides insisted he would not take questions. “I think we’ve talked enough about this. We’ve explained all the situations. It’s time to move forward.”

Rachel Noerdlinger, as DNAinfo first reported weeks ago, is living with a boyfriend who pleaded guilty to manslaughter and had several other run-ins with the law, including an instance where he was caught with Ms. Noerdlinger and her son in a car reeking of weed. Ms. Noerdlinger, a former top aide to Rev. Al Sharpton, has come under scrutiny for not reporting her boyfriend’s checkered past on Department of Investigation forms when the mayor hired her and, as the Observer reported, living in a New Jersey home that the federal government slapped with a $28,000 lien.

The firestorm around Ms. Noerdlinger has not moved Mr. de Blasio’s inner circle, who see her as an able aide victimized by a tabloid-fueled kerfluffle and furious, race-baiting police unions. This past Sunday, the Post ran a cover with Mr. de Blasio’s eyes closed and photoshopped fingers jammed into his ears. The Daily News called for him to sack Ms. Noerdlinger. The Times, in a news analysis, knocked the mayor for his lack of transparency and declaring questions about her irrelevant.

In an interview with the Observer, an administration official said that none of this would matter long-term. “It’s a classic New York City tabloid cycle. You have a variety of high-profile folks predisposed to fight: police unions, Rev. Sharpton and so, in many ways, Rachel is caught up in all that,” the administration said, insisting there were no plans to fire Ms. Noerdlinger. “There will be times when the media market fixates on a story for a week or so. But what does the mayor ultimately get judged on? He gets judged on education and the implementation of pre-K; he gets judged on public safety.”

The Noerdlinger affair is a proxy war on several levels. One is the white cop union leaders versus City Hall, where their old enemy Mr. Sharpton now holds great sway as the mayor seeks to remain popular with African-American voters. A second is the mayor digging in his heels to defend Chirlane McCray, his wife, who prizes Ms. Noerdlinger.

“This is all a proxy for Chirlane, for Sharpton,” one close City Hall watcher argued. “It’s a mangled web. You abandon Noerdlinger, you abandon your wife and Sharpton. It’s just not gonna happen.”

Mr. de Blasio had no problem abandoning another aide when her boyfriend courted scandal, a contradiction the mayor has so far not acknowledged. Almost a year ago, he did not give his campaign press secretary a promised job in City Hall after the tabloids reported she was dating the prostitute-soliciting former Gov. Eliot Spitzer.

But Ms. Noerdlinger is far more embedded in de Blasioworld than Lis Smith ever was. When a black Staten Island man died in police custody this summer and Mr. de Blasio’s minority base didn’t revolt, City Hall credited Ms. Noerdlinger with deftly managing a potential crisis. The mayor’s loyalty to her outweighs the barrage of lousy headlines.

“This mayor, from what we’ve seen, is loyal,” said Christina Greer, a political science professor at Fordham University. “I think he takes these people who supported him behind-the-scenes very seriously. He looks at the work Rachel has done and sees her as highly qualified.”

Even while the mayor can come off as aloof, his administration prefers to take a long view toward crises: ignoring the ephemeral flare-ups and focusing on the big picture goals, like affordable housing and prekindergarten programs. And his re-election in 2017.

“Michael Bloomberg by most accounts had a very testy relationship with the media,” the de Blasio administration official said, “and was able to win three elections in New York City.” 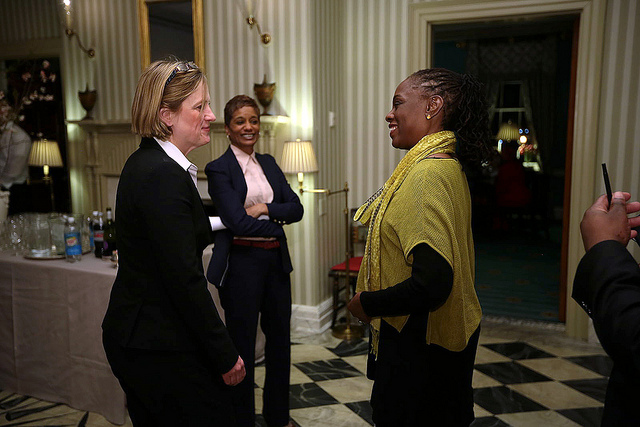