“We were extremely proud to make parks and open space a major priority for city government in New York,” said Veronica White, the last Parks Department commissioner under Michael Bloomberg, in a blog post on Mr. Bloomberg’s website. “The Bloomberg administration made $5 billion in capital investments in parks, the largest capital investment in the city’s history, with the vast majority invested in the Bronx, Queens, Brooklyn, Staten Island and Northern Manhattan.”

The in depth post, which ran this afternoon, was clearly intended as a rebuttal to Mr. de Blasio’s much-heralded parks-related announcement today. Mr. de Blasio and allied elected officials announced that the city would be allocating $130 million to 35 smaller parks and playgrounds in the five boroughs, telling reporters that many of the little-known parks were neglected during the Bloomberg era.

Left-leaning Democrats at Mr. de Blasio’s press conference strongly implied that Mr. Bloomberg ignored the parks that were not “tourist destinations,” favoring green spaces close to affluent areas. But Ms. White said today that was simply not the case.

Ms. White said the Bloomberg administration raised the Parks Department’s operating budget to $380 million, the “highest in history,” developing parks in parts of the Bronx, Brooklyn and Staten Island that “now serve or will serve as anchors in previously underserved parts of the city.”

She also said the Bloomberg administration chose initially to prioritize larger parks over Mr. de Blasio’s small green spaces so the city could provide the “largest possible number of families in the areas needed most.”

In 2013, Ms. White said, the city allocated $80 million of new funding in the capital budget towards “smaller, neighborhood parks.” “We were proud to see the new Administration is keeping the funding we allocated in the budget and is now expanding on that effort with additional funding for those neighborhood parks,” Ms. White added, referring to Mr. de Blasio’s announcement today.

The robust defense of Mr. Bloomberg’s legacy is nothing new. Mr. de Blasio and Mr. Bloomberg were never close and Bloomberg staffers have continued to push back publicly when they feel the new mayor, a liberal Democrat, is either not giving Mr. Bloomberg enough credit or denigrating the work that he did.

“By the end of Mayor Bloomberg’s term in 2013, 76% of New Yorkers lived within a 10-minute walk of a park or playground, giving this generation of New Yorkers the greater access to parks than any before them,” Ms. White said. 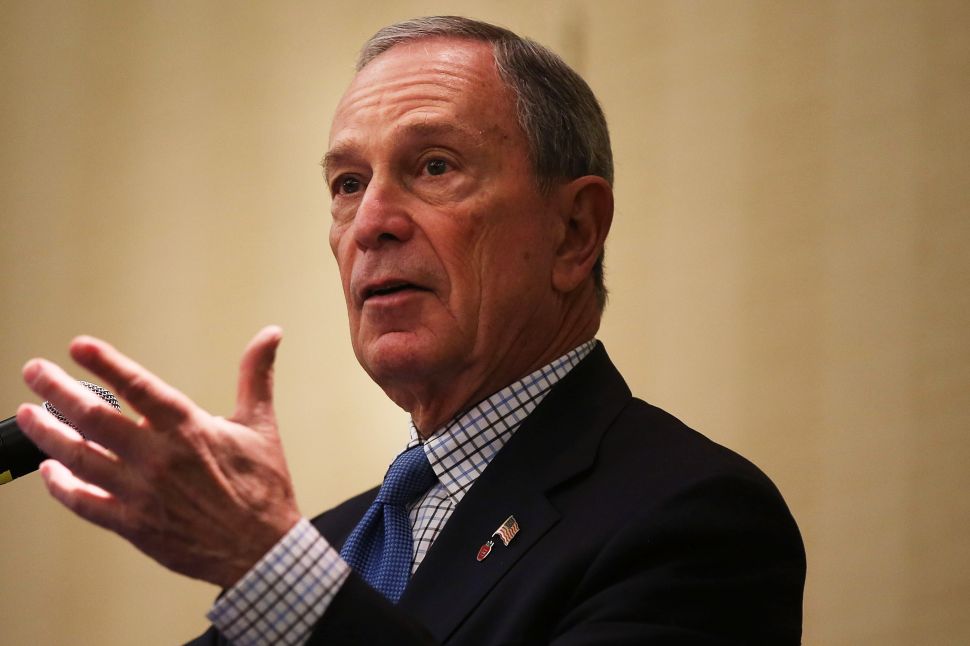