On college campuses, in the press, and among political leaders worldwide, Jews are often targeted by way of denouncing Israel. When Jews raise this concern, maligners regularly argue that they were not being anti-Semitic, but anti-Israel or anti-Zionism.

The distinction between “anti-Israel” and “anti-Semitic” is valid in theory—not all anti-Israel sentiment is anti-Semitic. But arguing that the two are unrelated, especially in the current international climate, is intellectually dishonest. Criticism of Israel is increasingly displayed through violent means and is blatantly offensive, evoking Holocaust images against Jews worldwide, blurring the line between the two “anti” ideologies.

2014 will be seen as the year of the anti-Semitic surge. Hostile rallies, threats on social media, and comparisons of Jews and Israel to Nazis have replaced legitimate political discourse. Violence against Jews is at the core of the new anti-Israel movement. But somehow they have nothing against Jews?

Just in the past couple of months, there were multiple attacks against Jewish college students. Degenerates at Emory University spray painted swastikas on a Jewish fraternity house following Yom Kippur, the holiest day on the Jewish calendar. A Temple University student was called a “kike” and was sent to the hospital after being physically assaulted. Students for Justice in Palestine created such a hostile climate at DePaul University that Jewish female students felt intimidated and “no longer safe on campus.”

During the summer, a rabbi from Florida was shot on his way to synagogue just after a nearby synagogue was vandalized with a swastika. Swastikas were found after Yom Kippur services on a temple’s walls in Spokane, Washington.

And by no means are these attacks limited to North America. Just a few weeks ago, a well-known Jewish couple was stabbed to death in their Istanbul home. The couple was no threat to anyone. They were 77 and 69 years old and were murdered by their caretaker.

This past summer, French and German synagogues and Jewish community centers were firebombed. In Berlin, an Israeli tourist was attacked and in Britain, a rabbi was attacked near a Jewish boarding school. In Australia, a bus carrying Jewish schoolchildren was targeted by teenagers shouting “Heil Hitler” and threatening to slit the children’s throats.

In July, the Community Security Trust in Britain, which monitors anti-Semitic incidents, received five times the monthly average of reports. In Paris, an anti-Semitic protest following the start of the recent Gaza conflict resulted in violent threats against Jews and destruction of Jewish-owned businesses reminiscent of Kristallnacht.

These attacks do not occur because people are critical of Israel, they occur because Jews are scapegoated for global problems. And that is called anti-Semitism.

It is important to acknowledge that criticizing the Israeli government is not anti-Semitism. Discussions about policy are healthy and can be productive and progressive. Thus there is a line, however blurry, between criticism of the Jewish state and simple Jew-hatred.

These recurring instances of crossing the line are not random; they are systemic and evidence of a greater trend of neo-anti-Semitism, where hatred of Israel is used to mask hatred of Jews. Despite the “neo,” this trend is not brand new. Dr. Martin Luther King, Jr. was aware of it over 45 years ago when he said, “When people criticize Zionists, they mean Jews. You’re talking anti-Semitism.”

Although the trend may be nothing new, it seems that times are changing for the worse. This thin line between hating Israel and hating Jews has been increasingly blurred this year. Attacking Israel is still considered cool, and now, attacking Jews seems to be acceptable in polite society.

Eliana Rudee is a contributor to the Franklin Center for Government & Public Integrity. She is a graduate of Scripps College, where she studied International Relations and Jewish Studies. Follow her @ellierudee. 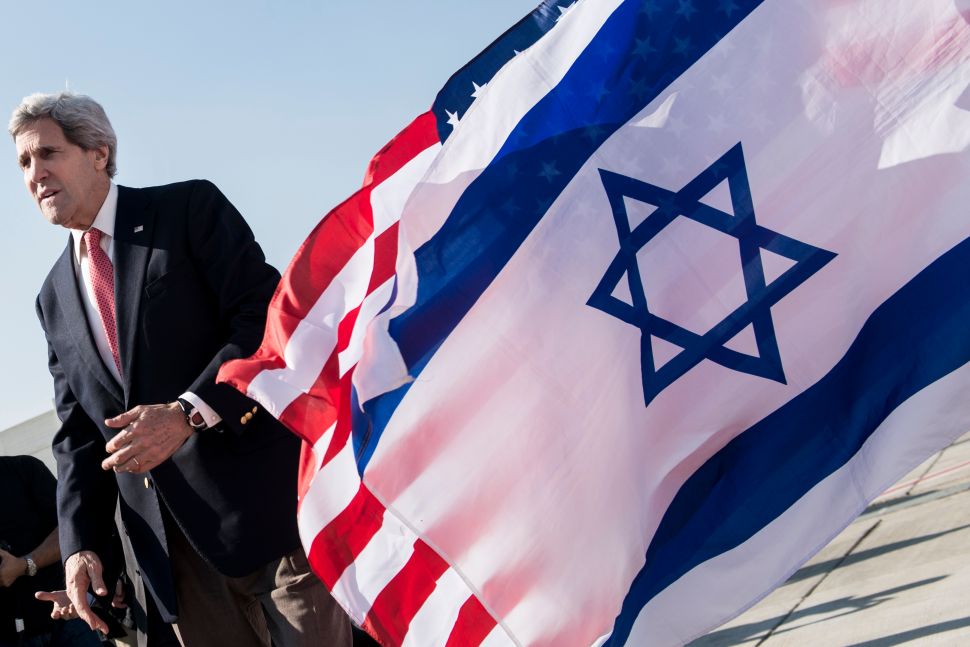