PATERSON – He’s 15 points ahead of Republican challenger Jeff Bell according to this week’s Monmouth U poll, but U.S. Sen. Cory Booker (D-NJ) insisted he’s digging in for the duration of this campaign cycle.

“We’ve done a lot of campaigning nationally,” Booker told PolitickerNJ moments after gobbling up the endorsements of professional firefighting organizations outside this Paterson firehouse alongside U.S. Rep. Bill Pascrell (D-9).

“Right now I have a laser like focus on helping residents with dollars and cents issues,” the senator added, “things like expanding manufacturing jobs, infrastructure jobs, raising the minimum wage. This is what New Jerseyans care about.”

Booker’s done some campaigning and/or fundraising for U.S. Senate candidates in North Carolina, Arkansas, and Alaska, but his re-election campaign wants to drive a stake into Bell rather than get caught flat-footed in California or elsewhere as it did last year against upstart GOP contender Steve Lonegan.

Booker insisted in his top-of-the-ticket interest in helping Democrats in their New Jersey campaigns, again citing the importance of Bergen County executive candidate James Tedesco, and challengers Roy Cho in CD5 and Aimee Belgard in CD3. 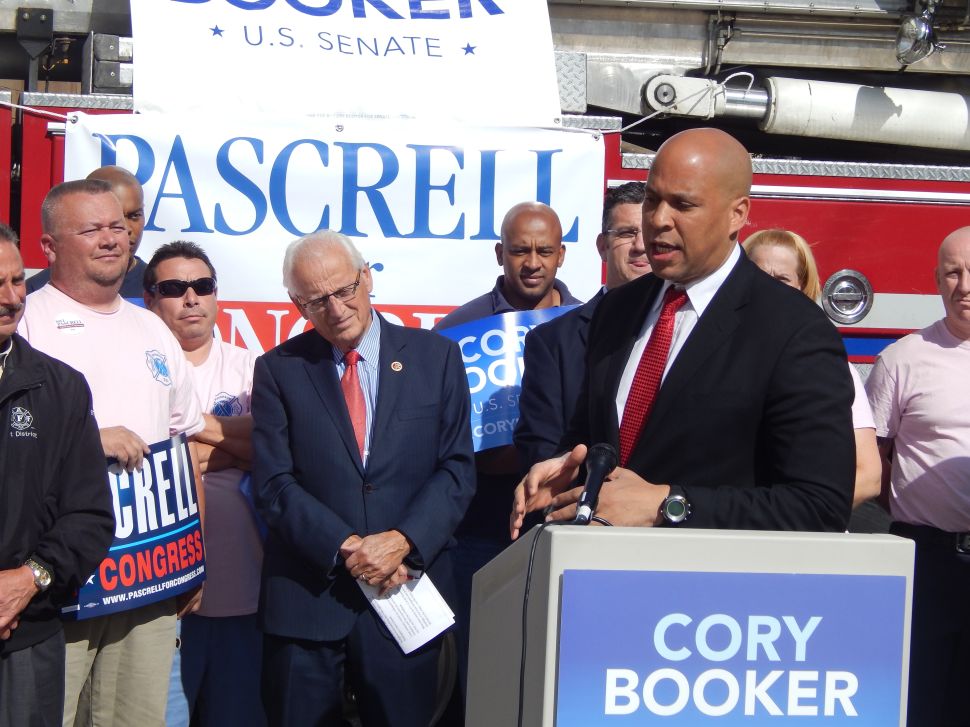