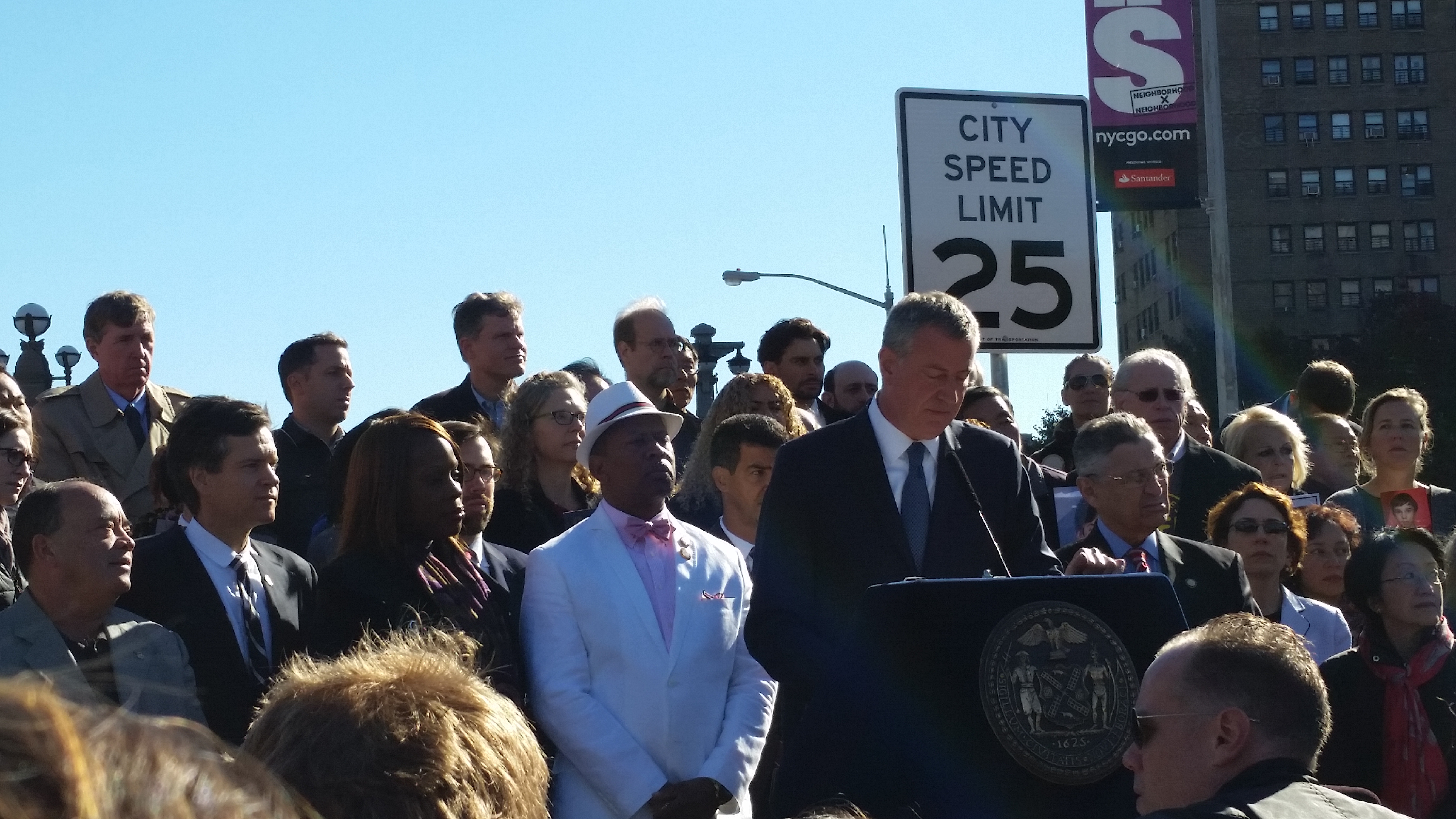 Thomas Chan, the chief of the NYPD’s Transportation Bureau, said motorists breaking Mayor Bill de Blasio’s much-heralded new speed limit will not always be penalized–especially if they’re only going a few miles beyond the 25 m.p.h. regulation, set to go into effect November 7.

“We will not be targeting that individual going at … one mile over the speed limit, 26 miles, 27, but we will definitely be out there and certainly that we hope that we don’t have to issue the summonses,” Mr. Chan said at a press conference with Mr. de Blasio and many elected officials on the Lower East Side today. “But again the officers, the NYPD, will be prepared to enforce the new speed limit.”

The eyebrow-raising remark came as Mr. de Blasio and a parade of pols including the powerful Assembly Speaker Sheldon Silver hailed the five m.p.h reduction, signed into law by Mr. de Blasio today after being passed in Albany this year. The speed limit reduction is a centerpiece of Mr. de Blasio’s initiative, known as Vision Zero, to reduce pedestrian fatalities to zero.

Mr. de Blasio has argued since taking office that forcing motorists to slow down, even slightly, could save the lives of pedestrians. Mr. Chan echoed those sentiments, implying later in the press conference that the goal of the NYPD will be to crack down on the more reckless speeding motorists–and not just those driving a bit faster than the new limit will allow.

“Our officers will be monitoring the speed and they’ll be issuing summonses for speeding but again that doesn’t mean that we cannot issue you a summons at 26 miles an hour,” Mr. Chan said.  “We’re going to be ticketing all … violators out there. Our preference is that the person speeding at a higher level, we will certainly go after those individuals.”

He did not specify exactly what the fines will be for speeding motorists under the new system, telling reporters it will be up to traffic court to dole out how high fines should be. Mr. de Blasio, while echoing Mr. Chan’s comments, said the new speed limit shouldn’t be taken lightly.

“The speed limit is the speed limit. If you go above the speed limit, you are liable for a penalty. Again, the officer can use discretion,” Mr. de Blasio said. “But if someone is going 26 miles per hour and veering back and forth in the road, the officer has every right to give that person a ticket.” 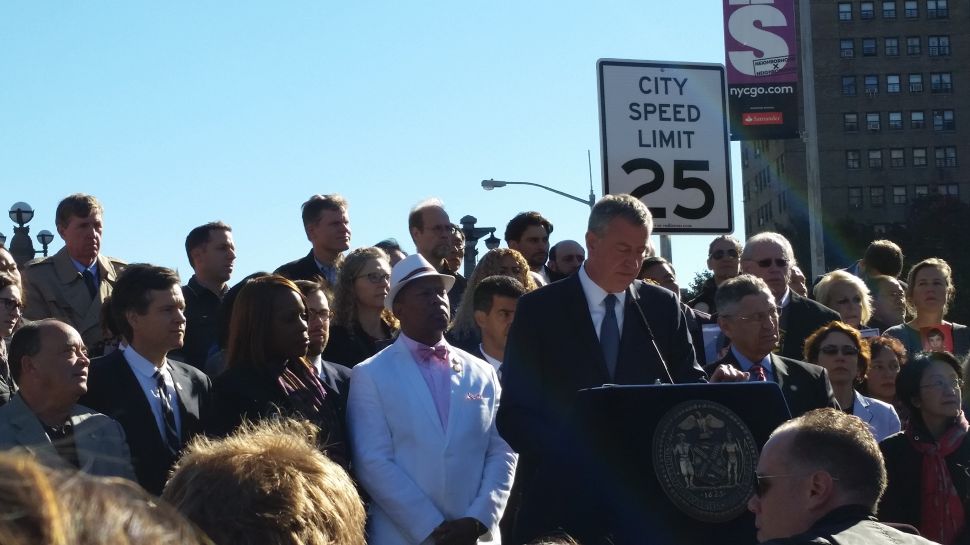