“I hadn’t either,” Fran Lebowitz says.

Well, Ms. Lebowitz and innocent readers, Triple Canopy is a beloved journal (circa 2007!) known for ruminations on visual art and the art world and arch, scholarly prose. Think Harper’s meets Artforum. This being a gala to honor Ms. Tillman, surely one of the art world’s own, in attendance were the lit-leaning pillars of the art world joined by her more arty brethren in the literary world (less exist of the latter, it must be said). The honoree moves deftly between both spheres, as she has been investigating intellectual modes and fads in her fiction and critical essays for decades. She rightly has some high profile artist friends to show for it: Barbara Kruger, Louise Lawler, Robert Gober and Cindy Sherman all contributed new editions for the occasion. Ms. Tillman helped name them. She sent Kruger a list of options. “I knew, once I’d thought of it, that she’d go for ‘Use it or lose it.’” (She was correct.) Even the program was a piece: it was designed by the artist Paul Chan.

“If you quote me, I’ll kill you,” says the male novelist on the sidewalk. He’s wearing a corduroy blazer. A vigorous type. We survey the foyer of Jing Fong. Rachel Aviv, a staff writer at The New Yorker and wife of Triple Canopy editor Alexander Provan, comes towards us on the escalators. “Like these escalators, Triple Canopy is going up, up, up,” says Mr. Novelist.

Agreed, although I’m listening to the conversation behind us. A distinguished looking man in a purple velvet suit jacket is “actually really annoyed with Trish. I sent her a theory about an Op-Ed. She never answered and the Op-Ed got picked up by The Washington Post.”

Not Trish Hall, the Op-Ed editor of the Times?

“She never answers!” complains a woman in a silk peplum top.

Upstairs I make a beeline for the choreographer Will Rawls, who was in a performance art piece with me at the Guggenheim…when I was 19. Apparently he’s also the Triple Canopy contributor who just wrote “a rumination on a foam core German shepherd.” I ask for a quote.

“Triple Canopy is like opening a triple can of worms,” he says. “I have to go.”

I head for my seat too, trying in vain to get to Laurie Simmons, artist and mother of Lena Dunham, who would later be one of the dozens there to Instagram the Tillman-penned fortune cookies given out after dinner.

No, no time with Lena’s mom (like mother, like daughter), but I do find a seat next to lefty novelist Norman Rush.

“We need a maestro for the table and it should be Joshua Cohen,” he says slowly, and not without a certain seriousness.

Mr. Cohen, the novelist known for his lengthy tome Witz (about being the last Jew on earth, I think?) who has a new novel coming out this fall, demurs to New Yorker staff writer Elif Batuman, who sweetly plates Mr. Rush’s dinner for the rest of the night. Mr. Rush takes notes in a small black notebook for his wife Elsa, who is not in attendance, and tells me he’s worried about the present and the future and, I assume, the past. I imagine he rather enjoyed the “Bright Pessimism” side of the two-sided tote bags handed out as swag. The “Dark Optimism” side, not so much.

Triple Canopy editor Sam Frank joins the table after his speech. He’s responsible for bringing Lynne Tillman onto the Board of the magazine, after wooing her over a pierogi at Veselka.

He also miraculously arranged for me to interview Ms. Tillman a few weeks ago, an interview she did not want to grant. Mercury was almost out of retrograde, yes, but still, my phone—and the recording—was stolen soon thereafter. He steers me over to say hello and break the news.

I like her too. Ms. Tillman is the kind of New York writer, as Ms. Lebowitz says when she introduces her on stage, “who knows the difference between Soho and NoHo.” She certainly has had a New York kind of life, a writer’s life, but the thing you always hear about Lynne is just how accessible she really is. Not that she’s soft, more that she’s “as wise or as sane as I’d read her to be,” as Mr. Frank puts it.

I don’t spot the woman of the hour at the after party at sushi-joint-slash-dive-bar Mika—I don’t know this spot—but I don’t observe much of anything. As promised on Facebook, there are three fog machines. Triple Canopy editor Alexander Provan, having ditched his suit jacket for a tank top, heads for the dance floor.

“I always feel at all of these parties that all of the attractive people were 3-D printed by Provan about four hours prior to the party,” says a random partygoer.

Not a bad take on the state of art mag events in our little city. But for a general summation of the night, perhaps it’s best to quote Lynne herself: “At parties I observe people acting much like dogs, except for sniffing rear ends, which is generally done in private.” 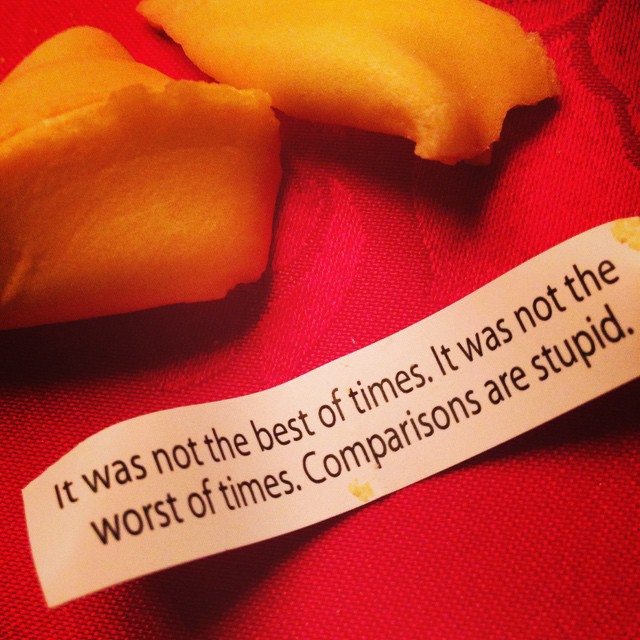