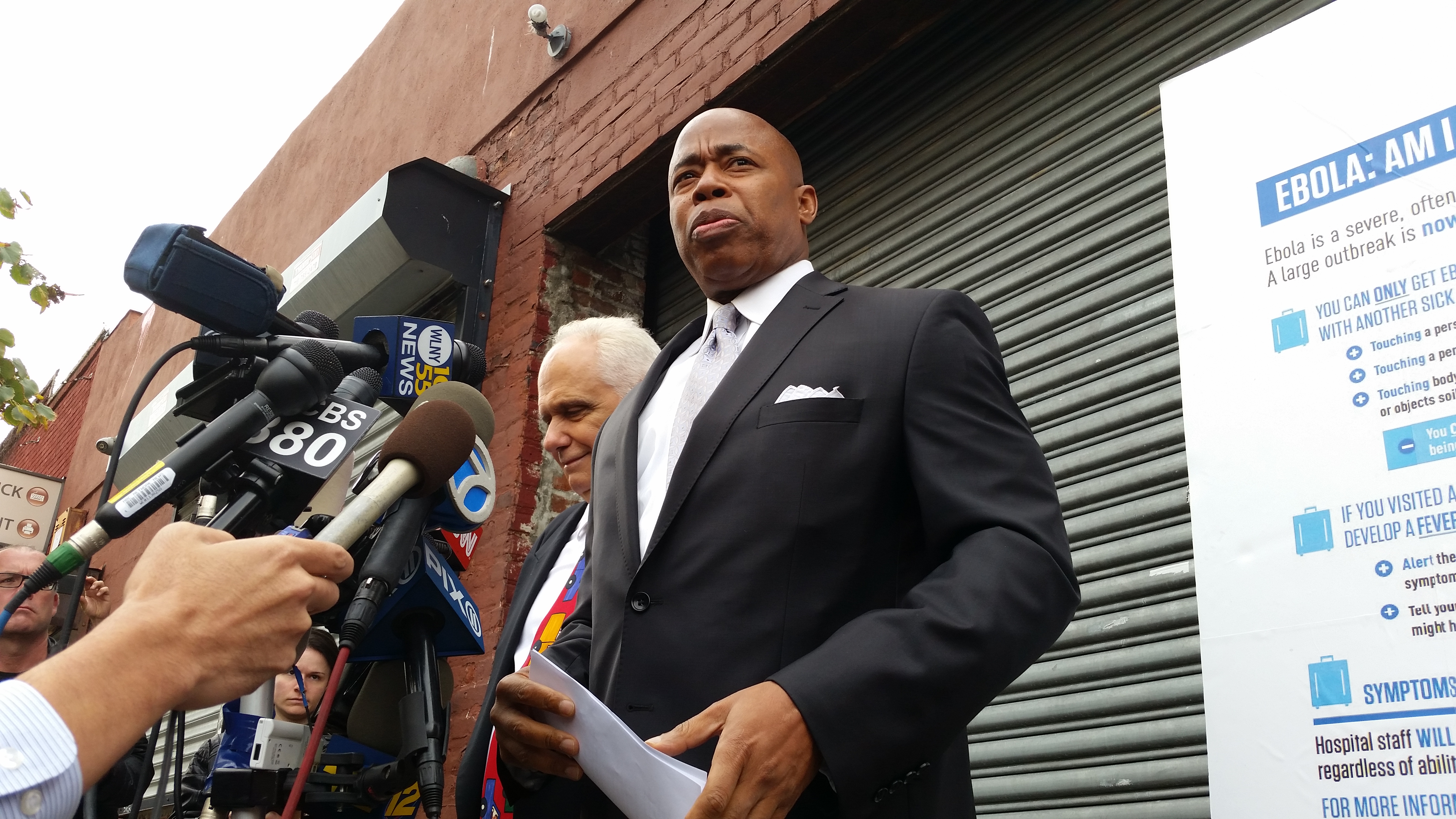 Mr. Adams and Mr. Lentol visited the Gutter, and praised the venue and its owner Todd Powers for their cultural and recreational offerings before promising to play there on Saturday. City officials have been scrambling to ease public fears ever since Mr. Spencer was quarantined with the illness–which has killed thousands in Africa and one patient in Texas–at Bellevue Hospital last night.

“Not only provides great bowling, but you can also get a great group, as well as a great band. So it is really the triple-b in the great borough of Brooklyn that we are coming out to support,” Mr. Adams said. “We wanted to come here today not only as an avid bowler, but as the borough president of the Borough of Brooklyn where 2.6 million people live, and we want to send a clear message that we would be bowling right now if the place was open, but we will definitely be here when the venue re-opens.”

Mr. Adams noted the location has been declared free of the virus, and that Mr. Powers has taken it upon himself to pay for an extensive cleaning since yesterday’s announcement. Mr. Lentol–who entered the facility with the borough president–said that the alley would be “pristine” by the time it re-opens this evening.

“We came here, the borough president and I, was to go inside and to allay people’s fears that they’re going to catch a virus by going inside this bowling alley,” said Mr. Lentol. “Todd runs one of the great establishments, one of the jewels of Williamsburg.”

Both men praised Mayor Bill de Blasio, Gov. Andrew Cuomo and the Centers for Disease Control for their swift response, and argued that New York would not see a reprise of the Dallas incident, where the late victim was able to infect a nurse before his death.

“The medical industry is on top of it,” Mr. Adams assured reporters.

Mr. Adams also noted his office would be offering free vaccinations against the influenza virus, whose initial effects resemble Ebola’s, to avoid a widespread panic.

“We don’t want, every time there’s symptoms there’s a cold or a flu, for people to believe there’s something out of the ordinary,” said Mr. Adams.

Mr. Adams said it was unclear whether Mr. Spencer, a Harlem resident who had been fighting Ebola in Africa, was bowling or just listening to a band two evenings ago–but pointed out there was virtually no chance of contracting the disease via casual contact, and that Mr. Spencer was not infectious at the time.

With additional reporting by Ross Barkan. 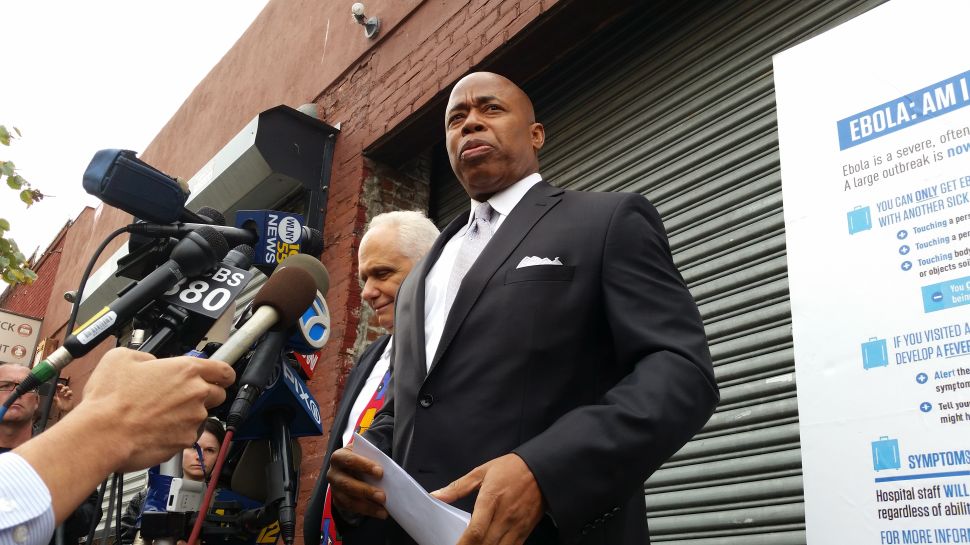