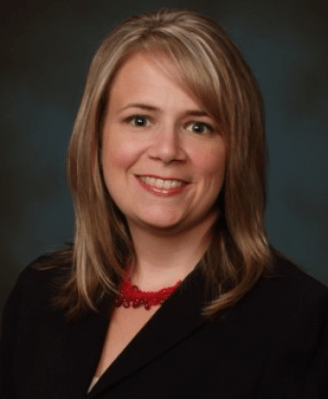 If CD3 candidate Aimee Belgard cannot beat Republican Tom MacArthur in a Republican-leaning district this year, Democrats at least want one of two freeholder seats, an outcome that would once again catapult Belgard to the forefront of state politics next year if she seeks re-election to the freeholder board.

According to sources in both parties, Council President Bruce Garganio, a Republican with the support of his brother Carpenters, leads the field of four in the increasingly watched freeholder contest.

Fighting for second place are Democrat Mike Schmidt (no, he’s not the Hall of Fame Phillies third baseman but, Democrats exhaustively point out, they share the same name) and former Freeholder Mary Ann O’Brien.

Tom Pullion of Evesham , a Democrat and Schmidt’s running mate, is in fourth, according to polling in both parties – but the second, third and fourth place candidates are all bunched up, sources say.

Trying to get Garganio and O’Brien across the finish line, Republicans are reaching deep into their expansive coffers to prevent one of Democrats from getting a seat on the freeholder board in Burlington and flipping control of the county.

Mail and TV spots feature the team of “O’Brien and Garganio,” as opposed to Garganio and O’Brien in an effort to boost O’Brien’s name ID and clip Schmidt.

If Schmidt wins, control of the county flips, putting Democrats in a defensive posture next year when Belgard (if she does not catch MacArthur next week) and Freeholder Joanne Schwartz – both Democrats – run for re-election.

According to a source close to the front-lines of Burlington politics right now, based on what he has observed late from Democratic gubernatorial contenders, the party will want to ensure Belgard’s and Schwartz’s 2015 re-election in a challenging year to build toward 2016 when a presidential year puts Republicans at a disadvantage in a county where on paper Democrats own a registration advantage.

Backing two women toward ensuring the Burlington stays in Democratic hands will be a top priority for statewide players, the source noted.

But Republicans insist that it will not get to that point.

“That thing’s over,” a Burlington County GOP source told PolitickerNJ last night. “The GOP will spend one million dollars to get Garganio re-elected and to elect O’Brien. The ads are running constantly. It’s too much weight.”

The Rothenberg Report puts CD3 in the “leans Republican’ column.

Democrats continue to clutch late polling – confirmed by a Stockton Public Poll this afternoon – which show MacArthur v. Belgard a single digit race, arguing that the closeness of that contest can only inure to Belgard’s advantage in her home county of Burlington.

If her candidacy bumps those numbers in her half of the congressional district, as those Democratic Party sources argue, and nudges Schmidt across the finish line, she will have better positioned herself for 2015 while losing the 2014 congressional race.