There’s a new option out there for New Yorkers looking to get around sans subway — at least, for those who actually have a driver’s license, and aren’t terrified to death of driving on the city’s streets.

Similar to Zipcar, the company provides a fleet of vehicles that its members can reserve whenever they might need to drive themselves somewhere. It’s sort of like Gett or Uber, if you think about it, except you have to track down and operate the car yourself.

car2go’s vehicles will be available in the company’s “home area,” outlined below in blue. Like with rideshare apps, members can use the car2go smartphone app to locate nearby vehicles. The home area is also where drivers have to return the cars when they’re done using them.

Last week, Betabeat did a car2go test drive — or rather, sat in the the passenger seat while car2go communications manager Adrianne Andang drove us around, because driving in the Times Square area seemed scary.

All of car2go’s vehicles, we discovered, are Smartcars — great for parking on crowded NYC streets, but probably not great for facilitating, say, a trip to the dreaded Red Hook Ikea. car2g0 will have 400 cars in Brooklyn, “just to make sure we have them on every other block,” Ms. Andang said.

The cars are more futuristic than your average vehicle. Ms. Andang scanned her car2g0 membership card on a sensor on the vehicle’s windshield, and the car automatically unlocked. She scanned it again when we got into the car, and a disembodied voice welcomed us before we took off on our trip.

Eventually, users’ smartphones will be able to take the place of the membership cards, Ms. Andang said.

car2go’s vehicles are also eco-friendly. Once we started driving, a screen on the dashboard displayed colorful, moving illustrations to tell us our “eco score” — in other words, how environmentally friendly our accelerating, cruising and decelerating was.

The pricing is also more affordable than renting a car or using a rideshare app. Beyond the $35 sign-up fee, rates are 41 cents per minute, $14.99 per hour, or $84.99 per day. Drivers can pause the meters if they need to run into a store, or even if they want to keep the car overnight.

Not just anyone can become a car2g0 member. Obviously, you have to have a driver’s license. But the company also does a background check into the past 36 months of potential members’ driving histories to ensure they haven’t had any D.U.I.s or a revoked license. The approval process takes three business days.

Ms. Andang said the community of car2go users is really friendly, at least in the company’s home city of Austin. “When you see someone in another car2go, you wave to each other,” she said.

In the future, Ms. Andang says car2go is eyeing expanding to the entirety of Brooklyn, and perhaps to Hoboken and Jersey City. 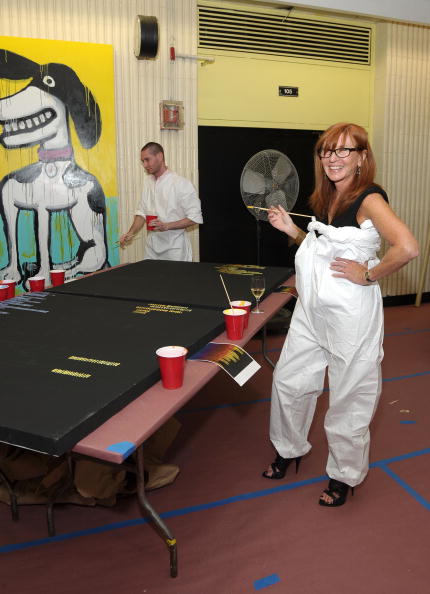