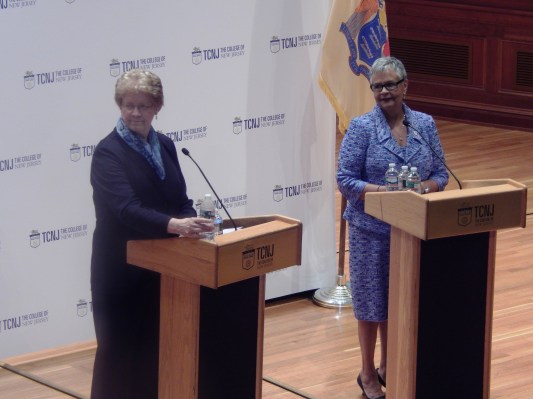 EWING –Neither candidate is a rocket scientist.

Rush Holt’s retirement from the 12th Congressional District consigns those ubiquitous bumper stickers to the junk shops of Barnegat and this evening supplanted a stage with two willing candidates coming at the seat in question with very diverse views.

Appearing at the College of New Jersey, the two main party contenders engaged in a vigorous hour of thrusting and parrying on Assemblywoman Bonnie Watson Coleman’s (D-15) home turf, each acrimoniously trying to brand the other throughout as less than capable of serving the district.

At her podium in the music recital hall, Alieta Eck came out swinging, calling Watson Coleman a creature of bureaucracy seeking to divide not unify. A doctor by trade, the Republican challenger identified herself as someone who has not lived “on the back of taxpayers, as my opponent has.”

Watson Coleman of Ewing sought to differentiate herself on values, priorities and the role of government, climate change, a woman’s right to choose and the protection of Social Security.

“To whom much has given, much has expected,” said the veteran assemblywoman. “I’ve spent my entire life in public service living that motto. I’ve spent my life in the executive branch. I’ve been a leader in the legislature. I have a record which you can see.”

The Democrat made her case for core government programs and her commitment that Social Security and Medicare should not be touched or diminished.

“$500 million came out of Medicare because of the Affordable Care Act, which you are in favor of, correct?”

“The Affordable Care Act?” Watson Coleman shot back. “Of course, I’m in favor of it.” 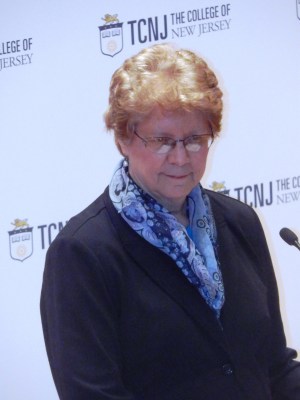 Eck blundered when she attempted to lay the charge of opposing same-sex marriage on Watson Coleman.

“In 2008 you voted against same sex-marriage,” the GOP doctor said.

“There is no record of me voting against same sex marriage,” said Watson Coleman.

“No, the important thing is knowing the truth,” the assemblywoman sliced.

The Republican wing of the crowd got back into it when Watson Coleman stabbed at former President George W. Bush and blamed him for getting the United States into an Iraq quagmire.

The Affordable Care Act provided the two combatants with another significant contrast point.  “I can’t think anything good about the 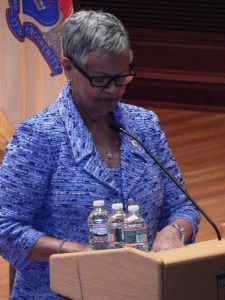 The assemblywoman wants to keep it. “We can make it easier to sing up,” she said, when asked what she would change.

Later, Eck swatted at Watson Coleman when the assemblywoman tried to zing her on the Sandy Hook massacre.

The Democrat’s point was the killer was not a criminal until he picked up a gun.

The Republican, arguing against more gun laws, made the case that the killer was mentally ill and needed psychological help.

“We need a government that abides by the Constitution and knows its own bounds,’ Eck said later.

According to the Federal Election Commission (FEC), Watson Coleman has $303,311 in the bank at the time of her last quarter filing, compared to $57,887 for Eck. 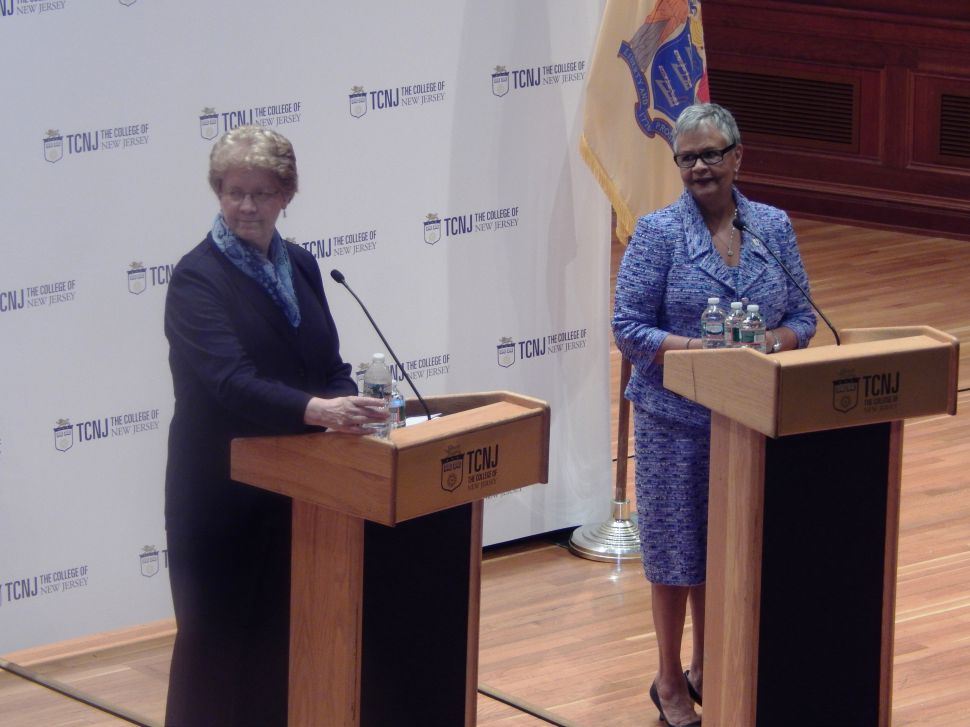