The ad notes that while the retired CEO talks about fair pay, MacArthur’s employees had to sue his insurance company in order to get paid overtime.

The DCCC had to yank two other ads after the Republican contender challenged their veracity.

“They must have missed Freeholder Belgard agreeing with Tom’s position in support of equal pay during this joint appearance on NJTV,” he added. “While their continued dishonest negative attacks on Tom’s business career are falling flat, Tom’s comprehensive jobs plan and record of creating and preserving thousands of American jobs has voters clearly moving in our direction.  This weak new ad proves that Belgard and her team are getting desperate. Given Belgard’s plummeting poll numbers and press reports referring to her as ‘unsteady and aloof, stumbling’ and ‘shaky’ during her debate with Tom last week in Moorestown, I don’t blame them.”

The latest DCCC ad can be seen here. 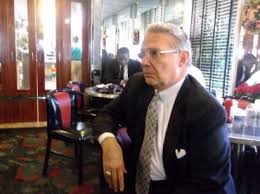