This Thursday, our city’s legislators will discuss a proposal banning flavored nicotine liquids and flavorings said to be “kid-friendly” for e-cigarettes and related vapor products. The enactment of such a ban will have the effect of keeping smokers smoking and encouraging those who have quit to return to deadly cigarettes, while also harming New York’s economy. If history is any guide, the discussion will be brief and the damage will be done. It must not go down that way.

There was a time, not long ago, when New York City was widely perceived to be the hotbed of progressive, liberated thought not just in America, but worldwide. People flocked here to break free from the shackles of conformity and societal opprobrium, experimenting in every field of human endeavor with little fear of official disdain.

Not any more: beginning during the reign of Mayor Giuliani in the 1990s and peaking, many hoped, during the administration of his successor, Michael Bloomberg, these freedoms have gradually been whittled away by nanny-state oversight. While Bloomberg’s regulations on indoor smoking, food retailers’ sanitation grades, and forcing fast-food restaurants to list calorie counts are widely acknowledged to have had some positive impacts, a number of his later campaigns were laughably paternalistic and without scientific basis (the ill-fated soda ban comes to mind). One of his worst ideas — the restriction of e-cig vaping to “smoking only” areas — passed without hardly any discussion by his rubber-stamp Council.

The newly-proposed legislation from the de Blasio City Council far exceeds all prior restrictions on e-cigs and in its potential harmful to the city’s public health, while simultaneously nipping an entire industry in the bud. Democratic Councilman Costa Constantinides is responsible for this new mischief, but he has seven co-sponsors at last count, so advocates of science-based policy must take this danger to public health seriously.

Mr. Constantinides was quoted as saying that the purveyors of flavored e-liquids “are not in the quitting business. They’re in the addiction business.” He asserted that flavored vaping amounts to direct marketing of e-cigs and vapor products to kids, since the “fruity flavors” appeal to that demographic.

Here’s a quick primer on smoking and quitting for the Councilman, which he urgently requires: there are 43 million smokers in America, among whom almost a half million die each year from inhaling cigarette smoke. It’s devilishly hard to quit, and the FDA-approved methods work an unacceptably low 1 out of 10 attempts, which explains why the adult smoking rate has barely declined over the past several years. Meanwhile, e-cigs and vapor products (which provide nicotine to addicted smokers without the thousands of toxic chemicals in smoke) have allowed millions of desperate smokers to escape the deadly clutches of cigarettes over the past few years.

But what about those kid-friendly flavors? Who wants teens to get hooked on e-cigs and go on to a lifetime of smoking, known as the “gateway” effect? It turns out that this fearsome scenario is a fantasy, arising from the fevered brains of a bunch of conflicted “public health” gurus who have themselves become addicted to an alarmist mantra targeting e-cigs, merely because some resemble the hated cigarette.

It’s adults who prefer flavored vaping. Surveys show almost three-quarters prefer such flavors, disdaining tobacco flavored products. Moreover, while adult smoking rates have stopped falling, teen smoking rates have declined significantly — even as e-cigs have become ubiquitous in our society. Even the kids who have taken up vaping are almost all ex-smokers: in other words, teens who vape do so for the same reasons adults do, as a gateway out of smoking.

The circle of ignorant public health spokespeople distorting and manipulating data to show vaping in a bad light have allies: politicians seeking either an electorate-pleasing, “protect our children” sound bite, or (more nefariously) to preserve tax receipts from cigarette sales by impeding the uptake of an effective cessation method.

Which brings us back to the issue at hand, Constantinides’ ill-conceived measure to ban flavored vape liquids from our city. The results of this, if enacted, will be nothing good. A new industry, vapor products sold mainly in “vaporiums” springing up in neighborhoods all around the city, will be shuttered, employees will be laid off, and businesses will move to nearby counties (where they will be welcomed). Worse, this proposal will likely increase smoking in the city by exiling a product that is helping thousands of New Yorkers eliminate or reduce their smoking addiction.

I would also ask the Council members: why not also ban those nicotine-replacement products with their “kid-friendly” flavors as well? That’s not going to happen: I think this idea was inspired by Big Pharma, whose useless nicotine replacement therapy products are quite lucrative.

The City Council must reject this ill-advised measure. E-cigarettes should certainly be regulated by mandating good manufacturing standards, childproof packaging, and accurate labels. Teens should not be allowed to purchase them. But restrictions on these devices should not be more stringent than those on lethal cigarettes. Let us hope that logic, sound science and common sense prevail, but I fear that after the last City Council “debate” on the matter, anything is possible. 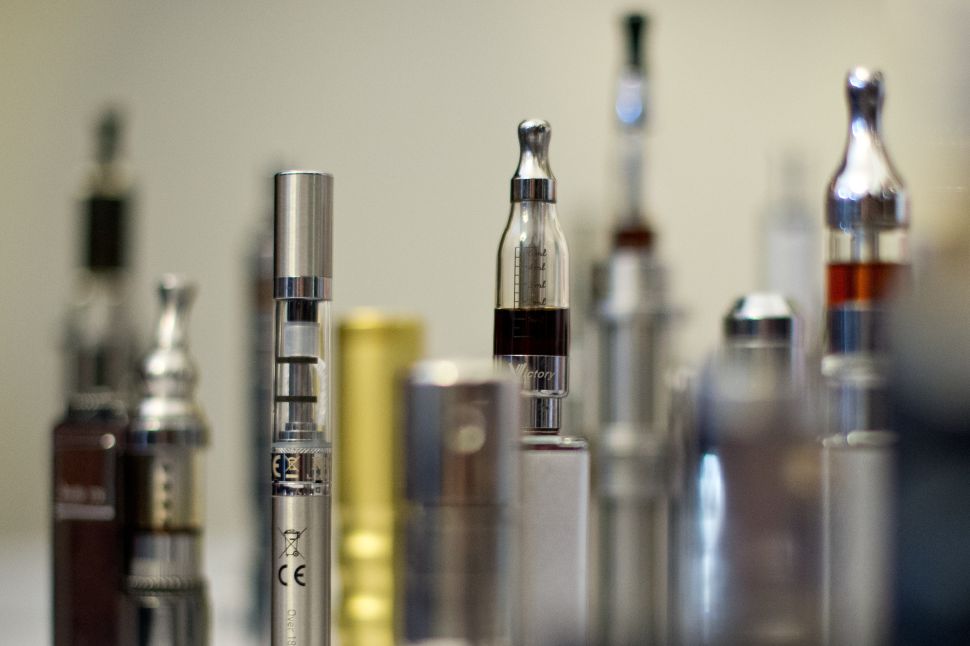