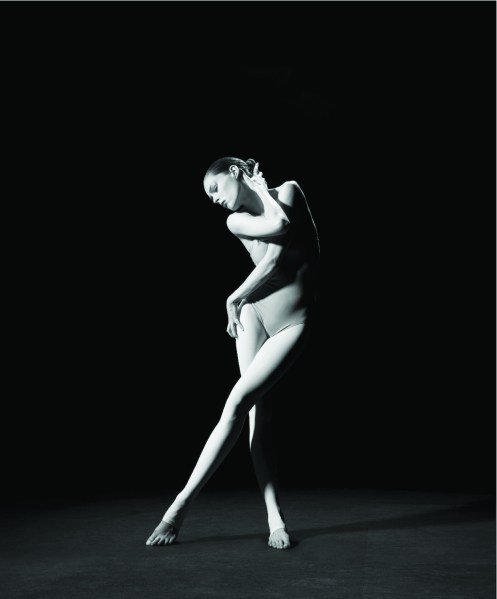 I always ‘strut’ or ‘sashay’ into the room in articles,” said supermodel Coco Rocha, laughing about the typical opening to articles written about her. “You should say that I ‘vogued.’”

In fact, she simply walked into the room for breakfast at Soho House but she made an entrance nonetheless. Every inch the supermodel, Ms. Rocha’s lips were a deep hue, her eyes smoky and her razor sharp cheekbones set off by an equally short bob haircut with blunt bangs. It was an aggressive look considering the early hour (although she undoubtedly had a full day of meetings ahead of her) and it was enhanced by Ms. Rocha’s signature androgynous style. She wore cropped, black leather pants by fellow model Irina Lazareanu and a menswear-inspired blouse by Marissa Webb, topped with a black Mango blazer. The look was finished off by strappy black sandals and plenty of heavy jewelry. But her most noticeable feature was the genuine warmth that she radiated—the smile and glow of an expectant mother despite the invisibility of her barely three-month-old baby bump.

Voguing would have been an appropriate entrance for a model dubbed the “queen of posing” for her extraordinary ability to strike a seemingly endless series of creative poses in record time—now immortalized in her new book The Study of Pose. A hefty tome of more than 2,000 pages, The Study of Pose is a collaboration with photographer Steven Sebring who used brand new technology to capture Ms. Rocha three dimensionally in 1,000 poses. It is a worthy tribute to the reputation Ms. Rocha has built over the last decade for elevating modeling to an art form. 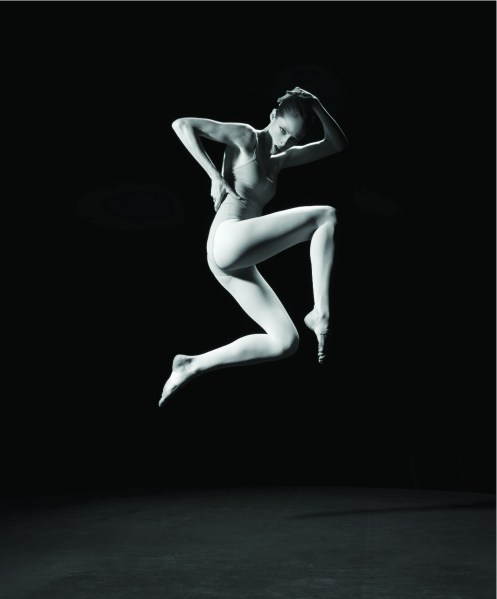 An industry veteran at the age of 26, Ms. Rocha was discovered at the age of 15 at an Irish dance competition in her hometown of Vancouver. By 2004, she had signed with a modeling agency in New York and got her big break when shot by Steven Meisel for the cover of Vogue Italia in 2006. Then, in February 2007, she hit star status after doing an Irish jig down the runway for Jean Paul Gaultier in Paris—an event so iconic it is referred to simply as the “Coco moment.”

2007 was also the beginning of Ms. Rocha’s identity as a burgeoning technofile and self-described geek with the launch of her blog, Oh So Coco —a move that gave her an influential platform in an age when models were still more often seen than heard.

“Early on when I started my blog, a lot of the feedback was ‘You shouldn’t be doing this.’ Our industry and models are very untouchable,” Ms. Rocha said. She described the frustration of being at the mercy, sometimes, of a journalist’s opinion. “You could interview me and like, give me a great story or you could hate me and give me an awful story and I didn’t have a voice. Now I’m a blabbermouth!”

She has never shied away from sharing her personal life and views with her ever-growing audience of followers. She openly discusses her faith as a Jehovah’s Witness, even preaching door-to-door with her congregation, and is open about refusing work involving lingerie, swimwear, cigarettes and sexually provocative poses.

For example, she took Elle Brazil to task when they Photoshopped out a nude bodysuit she wore under a sheer dress for a 2012 cover, to make it appear more risqué than it was.

“This was specifically against my expressed verbal and written direction to the entire team that they not do so (Photoshop out the bodysuit). I’m extremely disappointed that my wishes and contract was ignored. I strongly believe every model has a right to set rules for how she is portrayed and for me, these rules were clearly circumvented,” Ms. Rocha said on her blog, a statement that was picked up by global media.

Ms. Rocha has also boldly spoken out against a number of model industry practices including scouting models too young, pushing eating disorders by setting unrealistic body standards and drastic Photoshopping. She works with the Model Alliance and the CFDA’s Heath Initiative on measures to protect models, especially minors, regularly publishing eloquent Op-Eds on her blog in addition to snarky tweets like, “Hey, photo-shop guys! Can you please be sure to count two arms and two legs on the girls you cut and paste? Thanks!! Sincerely, Models.” 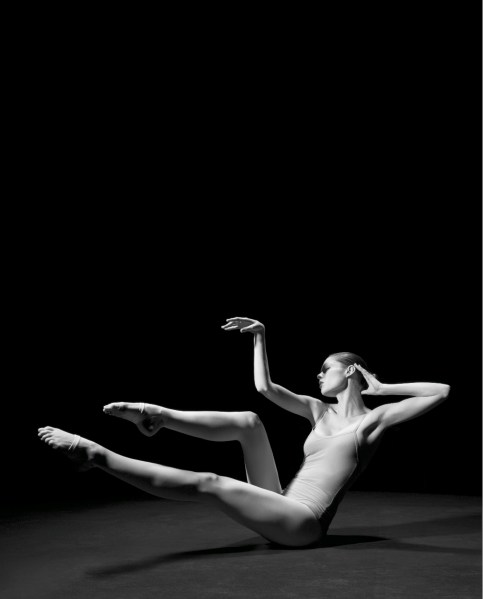 Despite high standards and religious convictions, the multitasking beauty has not seen the need to place her personal life off limits. Or rather, she has taken control of what is released about her world. She made the rare move of sharing her wedding video with the public and has already started sharing her pregnancy by posting a video announcement featuring a barely-there baby bump. Although many celebrities believe these intimate moments should be kept private, Ms. Rocha enjoys sharing her love and joy with the world.

“It’s not the hazard many people think,” Ms. Rocha said. In fact, she feels that feeding the public a constant flow of information and images lets her manage her brand while heading off invasive media tactics at the pass. “It’s almost a safety blanket. I’m an open book but then on the other hand you’re not going to ask me for more because I’ve given you enough. It’s never scared me.”

Professionally, Ms. Rocha is constantly looking for ways to bridge the intersection between fashion and technology. “Google Glass—it’s a cool idea but how can it be even cooler for you and I to wear on a day to day basis?” Ms. Rocha mused, leaning forward in her seat with enthusiasm. “When people start saying that we can have clothes that know how hot we are and how cold we are and change colors it’s just such an amazing idea to me. In photography, I worked with film at the beginning of my career; now everything is digital. I wondered, what else can we do? What can make it more interesting?”

Ms. Rocha found her answer in photographer Steven Sebring who developed a system called The Rig—100 cameras inside a dome that fire in predetermined sequences to create a 360-degree image. Just picture the bullet time effect from The Matrix. Mr. Sebring had been toying with the concept of capturing 1,000 poses for more than a decade but it took an introduction to Ms. Rocha to finally make it possible, thanks to her enthusiasm for technological experimentation.

Clad in a white leotard and tights with stark, simple lighting, there is little to distract from the main event that is the human form. The image of each pose was selected from the 100 taken by The Rig but the poses can be viewed digitally from every possible angle.

“A lot people look at my job and think you just stand there and look pretty; I want to prove to people it’s more than that. It’s performing just like an actor or a dancer,” Ms. Rocha said of the book’s goal. “There’s a lot that we can learn from the body and the form. For centuries—think of any piece of art you’ve looked at—the model at that time (if you want to call them the model) was the muse to this painter or that sculptor.”

The shoot was no easy task. One thousand poses were a big ask even for Ms. Rocha, who struggled to work in total darkness aside from the flashes for three days. Iconic pieces of art such as Michelangelo’s David and Botticelli’s Venus were key sources of inspiration, as were images of cultural icons Marilyn Monroe, Michael Jackson, Charlie Chaplin and Grace Jones. But the final poses in the book are simply Ms. Rocha tearing at her bodysuit desperately ready for the shoot to be over—“I was just done with it.”

“James [Conran] and Steven [Sebring] would be outside yelling out references and I would riff on them. I definitely hit some roadblocks, though. They started mixing inspirations like ‘Michael Jackson meets Grace Kelly’ and I’m like ‘What does that even mean?!’ ” Ms. Rocha said. “It got a little goofy, but modeling is meant to not be taken too seriously. Some of the poses are insane but it is still a pose.”

Once she has finished promoting The Study of Pose, Ms. Rocha plans to “relax and be mom for a bit” but that does not mean she won’t keep sharing, nor is she done with The Rig. Ms. Rocha recently returned to The Rig for the first time in two years to document her pregnancy and plans to produce a video featuring her growing belly with the images she produces each month—voguing, no doubt, for some of them. 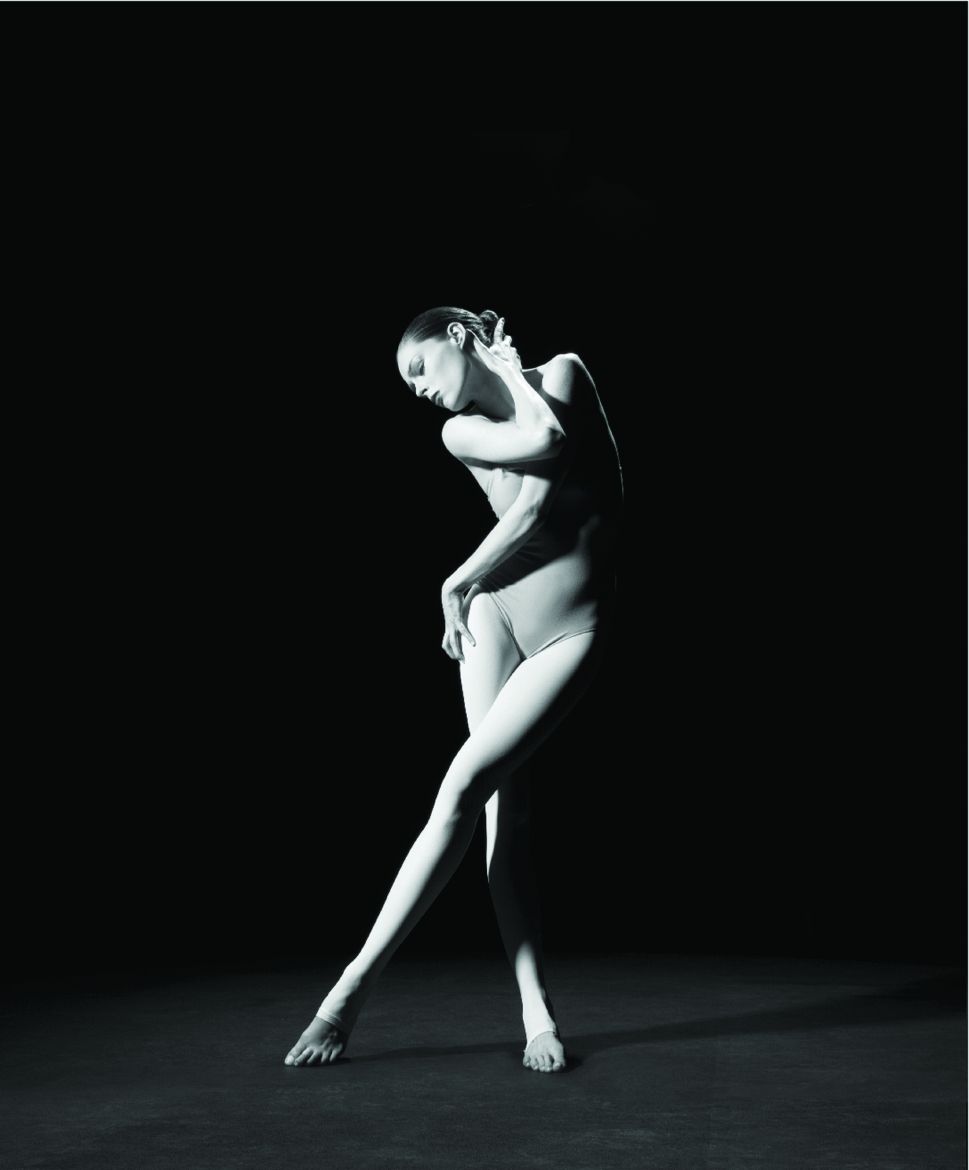