Colorado is a politically signficant and interesting state. A few months ago,The New York Times’ Frank Bruni described it as “a battleground and a bellweather.” It is the former because unlike other important states like California, there is still statewide political competition in Colorado. It is the latter because numerous key issues including immigration, environmental concerns and marijuana legalization have particularly acute bearing on Colorado. Colorado is also governed by John Hickenlooper, the kind of innovative, and even quirky, politician that seems to be much more common in the west than in the northeast.

Politics in Colorado are probably best known nationally because in 2012 it became one of two states (the other was Washington) to legalize recreational marijuana. Governor Hickenlooper opposed that initiative and remains concerned about the consequences of legalizing marijuana. During a recent debate with his Republican opponent Bob Beauprez, in a statement that was reminiscent of John Kerry being for the war before he was against it, Mr. Hickenlooper, spoke about Colorado’s decision to legalize marijuana, “To a certain extent you could say it was reckless. I’m not saying it was reckless because I get quoted everywhere. But if it was up to me, I wouldn’t have done it. I opposed it from the very beginning. What the hell. I’ll say it was reckless.”

Governor Hickenlooper appeared to be confused about whether or not legalizing marijuana was reckless-unprecedented might have been a better word-but what he seemed to be really saying was that he was not sure what position on marijuana would most help him in a tough reelection campaign. The initiative passed in 2012 with 55% of the vote, but with a somewhat different electorate expected to vote in 2014, one that like 2010 will probably skew older, marijuana is complicated issue for Mr. Hickenlooper. Judging from that quote, it is clear that Mr. Hickenlooper has some reservations about legalizing marijuana, but it equally clear that he knows some of those reservations are unfounded. “To a certain extent you could say…I’m not saying it was,” are not the kids of phrases used by a man who has great confidence in what he is saying. They are also the words of somebody who is following, not leading, public opinion.

Marijuana legalization may be at a similar point. Reforms in laws regarding medical, and now recreational, use of marijuana are strong evidence as to what direction the marijuana debate is moving. Mr. Hickenlooper’s opposition to the legalization of marijuana is not new; and it is, at least to some extent, based in legitimate questions of governance. Nonetheless, Governor Hickenlooper’s opposition to legalization is largely a reflection of the time in which he came of age politically. Age replacement was a major engine behind public support for marriage equality and will likely have a similar effect on the debate around legalizing marijuana.

Democratic politicians like Mr. Hickenlooper struggle to find a position on marijuana that does not alienate either older voters who are more likely to oppose legalization or the many voters who cannot fathom why smoking pot is illegal. New York’s Governor Andrew Cuomo has moved forward with legalizing medical marijuana, but has referred to legalizing the drug for recreational use as a “nonstarter.” That position is expected to be tested as legislation to legalize recreational marijuana is likely to be introduced in Albany next year. California’s Jerry Brown has raised more specific concerns about expanding his state’s legalization beyond medical use, posing the question “How many people can get stoned and still have a great state or a great nation? I think we need to stay alert, if not 24 hours a day, more than some of the potheads might be able to put together.”

At 56, Mr. Cuomo is the youngest of these three governors. The next generation of Democratic governors and politicians are likely to take a different view, reflecting the demographics of the changing electorate. According to a recent poll, 49% of Americans, and more than 50% of those younger than 65, support legalizing marijuana. Once the momentum for marriage equality grew strong enough the laws changed very quickly, almost leaving even progressive politicians behind. Marijuana legalization may be reaching a similar point. When that happens Mr. Hickenlooper’s current position will be the one that is politically reckless. 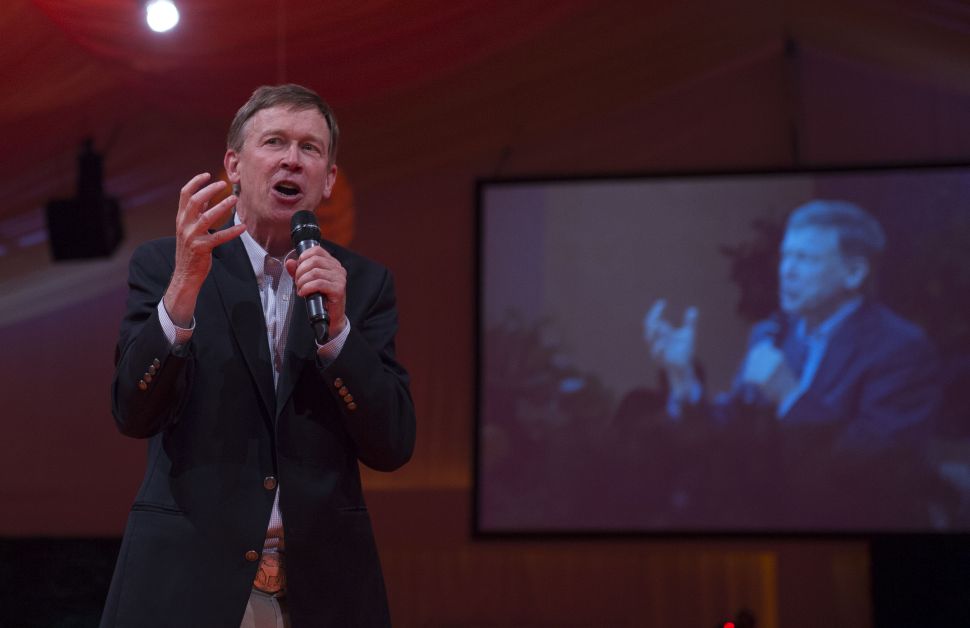