There were contingency considerations in private conversations at that Hillary Clinton confab last Thursday night. Among the close

quarters discussion topics: what if “Hillary” doesn’t run for president after all?

Someone mentioned the name U.S. Sen. Cory Booker (D-NJ), the junior senator from New Jersey, who’s up for re-election for a full, six-year term next week.

Would Booker run for president in a Clinton vacuum?

At least one source who attended the meeting said a Booker run for president would be ill-advised, referring to the late Paul Tsongas’ doomed 1992 Democratic Primary candidacy and noting the electorate’s penchant to “correct” away from what it has experienced for eight years, in this case a young, charismatic, inspirational African-American with little D.C. experience.

He won the New Hampshire Primary, but failed to stop Bill Clinton, who won the 1992 Democratic nomination for president.

Booker would be “too-Obama-like,” said the source, referring to the polls-encumbered African-American president, and – in the realm of pure pragmatic politics – a bad alternative to Clinton, in the opinion of the source. 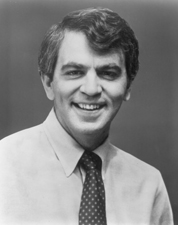