Surrounded by a phalanx of supportive fellow City Council members and activists from the Real Affordability for All coalition outside City Hall today, Council Member Costa Constantinides called for more affordable units in the proposed 8.7-acre, 1,723-unit Astoria Cove rezoning that reached the Council last week following its approval by the City Planning Commission.

Mr. Constantinides, a Democrat who represents Astoria and parts of Woodside, East Elmhurst and Jackson Heights, reiterated his objection to a provision of the rezoning application by an investment team that includes Alma Realty which he says would allow the developers to build fewer than the 345 affordable units they’ve committed to by constructing moderate-income housing that could command rents of $2,700 per month for a one-bedroom apartment or $3,500 per month for a two-bedroom unit. Read more on The Commercial Observer. 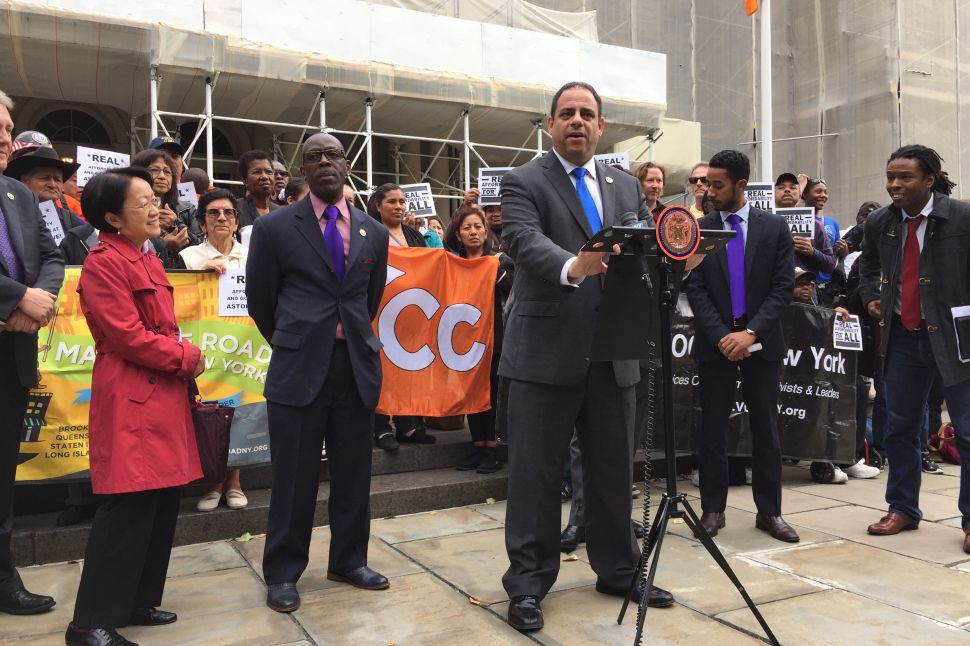