The City Council today voted to put the brakes on drivers across the five boroughs by lowering the default speed limit on city streets to 25 miles per hour.

The new legislation–which passed by a vote of 45 in favor to four against–would drop the speed limit on most city streets from 30 miles per hour to 25. The new limit would not apply to state highways or to streets with a different posted speed limit.

Brooklyn Councilman David Greenfield–who sponsored the bill–argued that having motorists sacrifice a line on the speedometer would mean more pedestrians and cyclists getting to keep their lives, noting that a person struck at 25 miles an hour is twice as likely to survive as an individual hit at just five miles per hour faster.

“It’s not a regular occurrence here in the City Council that we can actually pass legislation that will probably save lives, and that’s what we’re doing here today,” said Mr. Greenfield.

One of the four lonely dissenting voices was Councilman Paul Vallone, who noted that much of his Queens district lacks public transit options, leaving his constituents with no real choice but to drive. Mr. Vallone also voiced a more general distrust of the internal bureaucratic workings of the city Department of Transportation.

“I cannot put my faith in an agency that has nothing throughout my district and our borough about renovating signs,” Mr. Vallone said, adding that he would support the creation and expansion of other traffic safety measures, such as school slows zones.

Mr. Vallone was the sole Democrat among the dissenters, with the other three ‘no’ votes coming from the Council’s only Republicans: Vincent Ignizio and Steven Matteo of Staten Island and Eric Ulrich of Queens.

The state–which controls regulations on all municipal streets–voted in June to allow the city to lower the speed limit. The bill now goes to the desk of Mayor Bill de Blasio, who has voiced support for the measure. 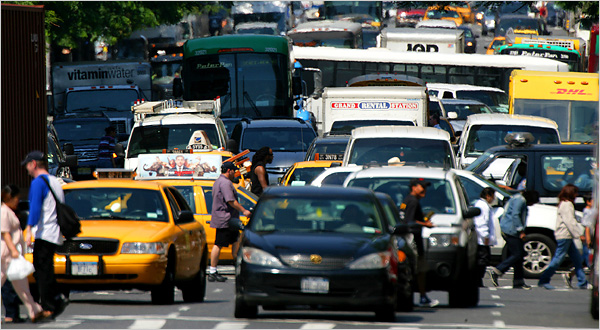