“I haven’t decided yet,” she said, when PolitickerNJ asked her if she intends to challenge incumbent Executive Tom DeGise.

Neither has Freeholder Bill O’Dea, another potential opponent, who earlier this month told PolitickerNJ he would make an announcement after the Nov. 4th election.

Sources say it’s unlikely that either Cunningham or O’Dea will run.

Too much of an uphill challenge at this point, with the incumbent already commanding the endorsements of state senators Brian P. Stack and Nick Sacco.

Don’t add Cunningham to the list of DeGise backers.

When asked if she supports his re-election, Cunningham gave a wry grin and said, “no comment.” 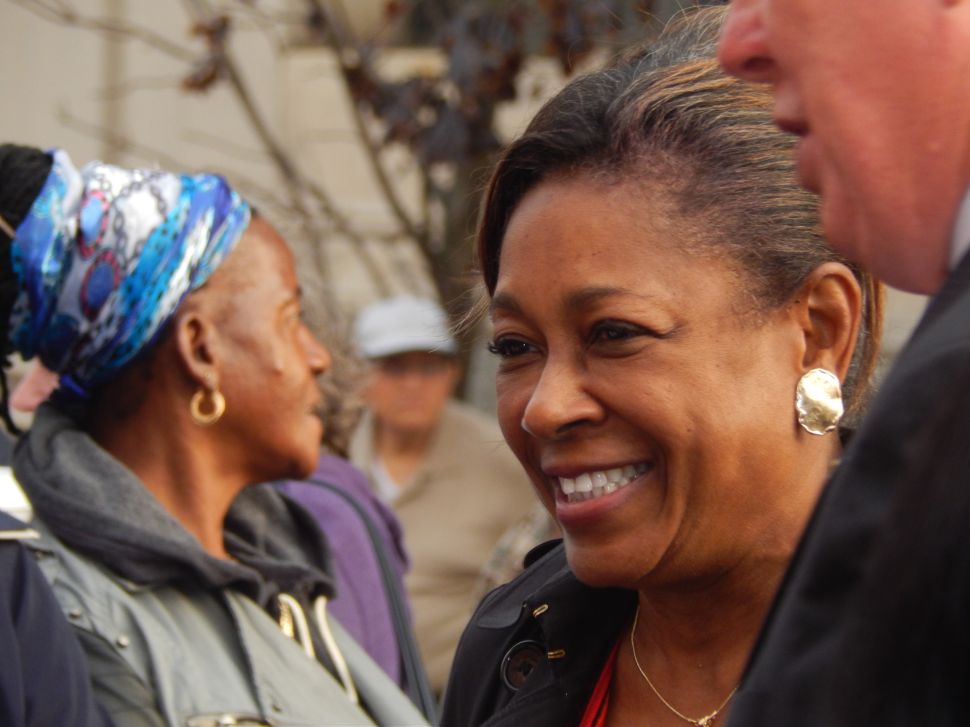