Gov. Andrew Cuomo today proposed that New York State create its own version of the federal Export-Import Bank to provide lines of credit for foreign investors–even though he acknowledged that such an institution would constitute what he called “corporate welfare.”

Speaking at a business summit at the Jacob Javits Center, Mr. Cuomo boasted of cutting taxes and creating private sector jobs in his first term–and argued that the next step would be to encourage international investment in New York State. To that end, the governor announced his intention to ask the legislature to form a so-called “Ex-Im Bank” with $35 million in start-up capital to provide loans and insurance to encourage foreign companies to establish themselves in New York

“We’ll have a real vehicle that can facilitate companies that want to make that transition,” said Mr. Cuomo. “Opening up those global markets is the next step for us.”

The governor noted that international trade has always been an integral part of New York’s economy and character–symbolized by the two ships on the state seal.

Talking to reporters after his speech, Mr. Cuomo acknowledged that the federal Ex-Im Bank–established by executive order during Franklin Roosevelt’s administration–had come under attack from Republicans in Congress for subsidizing large corporations like Boeing that could obtain private loans.

The governor launched into a defense of what he himself called corporate welfare, arguing it is necessary to keep jobs in New York State.

“We are subsidizing corporate welfare, we are subsidizing corporations to locate in certain states. There is no doubt about that. ‘Well, you shouldn’t do that.’ Well, then, we’re going to lose. Because the other states are. And if you want New York to stop, you have to stop the other states,” Mr. Cuomo said. “The companies shop states. The companies will come back to you and say, ‘well, Tennessee offered me this, what are you offering me?’ Eventually there will have to be some federal answer to this, I think.”

Mr. Cuomo, however, said he did not know what such a federal answer would be.

The governor also announced that during his second term, he intends to travel to Canada, Mexico, Israel, China and Italy to encourage foreign investment.

“Why Italy? Because I want to go to Italy. There’s no state rationale for that,” he said, to laughter and applause from the audience. 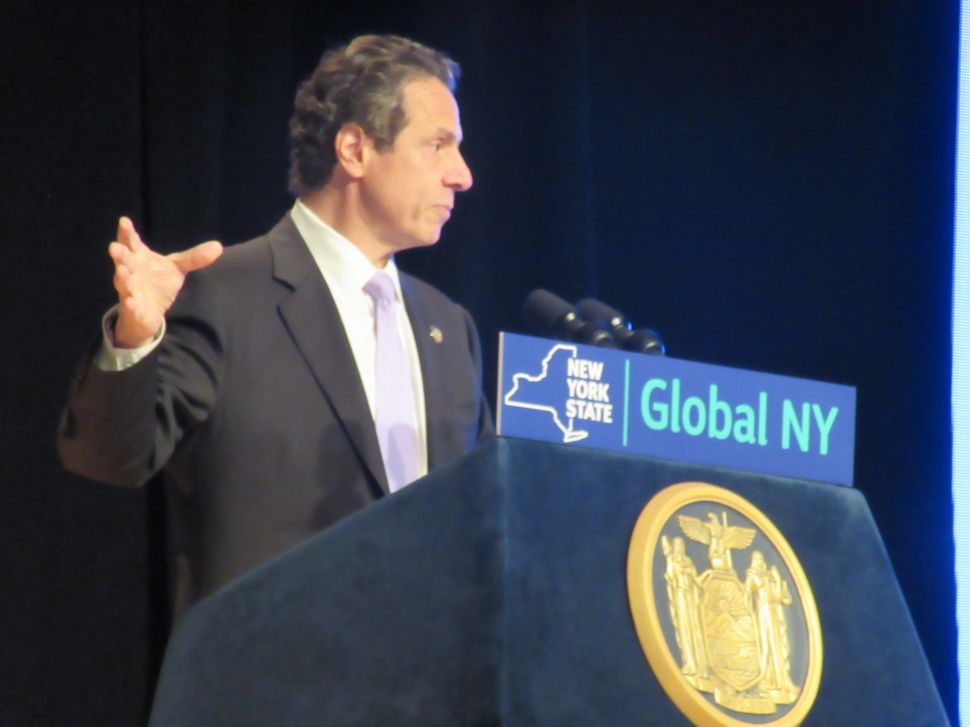