A new Wall Street Journal/NBC 4 New York/Marist College survey found that 82 percent of New Yorkers support Mr. Cuomo’s plan–announced jointly with his New Jersey counterpart Chris Christie–to confine doctors to their homes for 21 days upon their re-entry of the country after working in nations like Sierra Leone, Guinea, Liberia and the Republic of the Ivory Coast. Mr. Cuomo used the new data to refute allegations from international health organization Doctors Without Borders and President Barack Obama that his approach to the illness, and isolated infections in the United States, is exacerbating public panic and discouraging health professionals from helping overseas.

“I understand their concern, I don’t think it’s that big a hardship. The people of the state of New York overwhelmingly support it. Poll came out today, 84 percent of the people in New York want to see a home quarantine,” Mr. Cuomo said on the Brian Lehrer Show, misstating the figure by two percent. “That actually gives people comfort.”

The governor instead argued that the frantic tracking of the activities of infected doctor Craig Spencer between his return to the United States and his diagnosis with the deadly, organ-liquefying disease, was what caused panic. He argued his quarantines would prevent such a scenario from occurring again.

“I think the lack of a policy, I think a policy that they think makes no sense, I think the experience they went through where we went on this hunt to find out where the person had been, on what subway, at what time, at what restaurant, and had people wondering did they happen to come in contact, I think that’s what spreads fear,” he said. “I think the certainty we gave, the common sense approach that we gave actually calmed people. And that shows. We don’t have to guess.”

Mr. Cuomo then, oddly, pointed out that there was no significant drop in train ridership after it was revealed Mr. Spencer had rode the A and L trains from Harlem to Williamsburg, and claimed credit for it.

“After Dr. Craig Spencer and that whole episode, travel on the subways, commutation, stayed the same. There was not an iota of a drop in circulation. Because people felt safe. They heard the policy, it made sense to them, they agree with it, 80 percent, and that’s what brought the calm,” Mr. Cuomo said. 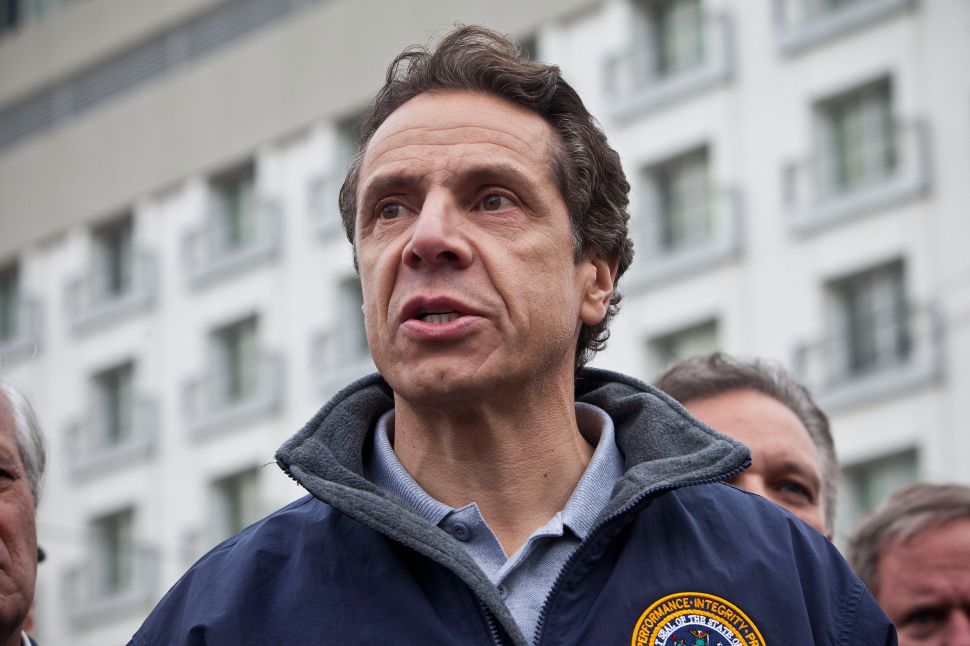