The Board of Elections discovered this week that 850 city voters have birth dates of Jan. 1, 1850 on official voting records.

After the board received a complaint from one voter that she was listed as 164 years old, they reviewed their records for the whole city and found that almost 1,000 New Yorkers’ official records indicated they could have voted for Ulysses S. Grant.

The age issue came about because of errors in the old voter registration system. Up until 2006, voters were not required to give their exact birthdays when registering- they had the option of just listing their age as “21+.”

Since voter registration records are open to the public and anyone who wanted to could discover a voter’s real age, many voters chose to keep that information a secret. This choice obviously backfired.

“It’s a left-over vestige from a bygone era,” Mike Ryan, executive director of the Board of Elections, told the New York Post. “It’s a little quirk in the system. It’s not widespread.”

Observer calls to the Board of Elections were not returned.

Once the city switched to computerized voter databases, election officials were forced to write in specific dates of birth for all voters. The Board of Elections sent two different letters to the affected voters asking them to provide their birth date, but most did not reply.

These voters had to be grandfathered into the system, and their birth dates were listed as 1/1/1850 on official voter rolls. Why the board chose a date from such a bygone era is unclear.

Since 2006, voters have been required to give their birth dates, and those who don’t are ineligible to vote. But somehow, these 850 people have fallen through the cracks.

Mr. Ryan told the Post that the Board of Elections will try to get the affected voters’ dates of birth over the phone or in writing. The matter will not be fully resolved, however, until after this year’s election.

So if there’s a vote for Theodore Roosevelt among all the votes for Messrs. Cuomo and Astorino, now we’ll know why. 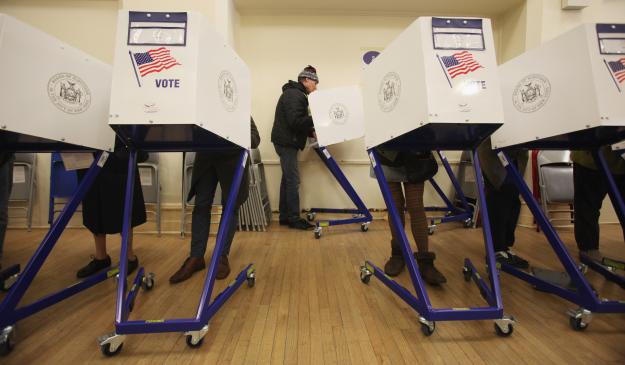