Mayor Bill de Blasio today revealed that the deadly virus Ebola featured just as much in his meetings with federal security chiefs yesterday as the threat of terrorism from the Islamic State and other hostile groups.

Speaking after an event at the Empire State Building, Mr. de Blasio said he met with Federal Bureau of Investigation Director James Comey, Department of Homeland Security Secretary Jeh Johnson and White House Counterterrorism Advisor Lisa Monaco. Mr. de Blasio said the conversations focused as much on the danger of Ebola–an organ-liquefying disease ravaging Africa which now has three victims inside the United States–as on the possibility of an Islamic State, or ISIS, assault on the city’s subways.

“The topic of Ebola is at the very top of the agenda. Every one as always is vigilant on the topic of terrorism, we’re always say we know we’re the number one target, and that was part center of every discussion as well. But Ebola is at least as central to the dialogue right now,” said Mr. de Blasio.

The mayor however repeated assurances that New York is braced for the possibility of an outbreak. He said the city Department of Health and the Center for Disease Control already had doctors standing by to address such a scenario.

“It is important that people understand that this is the focus of so much of the federal government and obviously so much of the city government. We are preparing in every way we can in the event that we have this challenge within our borders,” he said. “I want to emphasize that New York City is in a very high state of readiness, and I think the federal government is very satisfied with the kind of precautions we’ve put in place.” 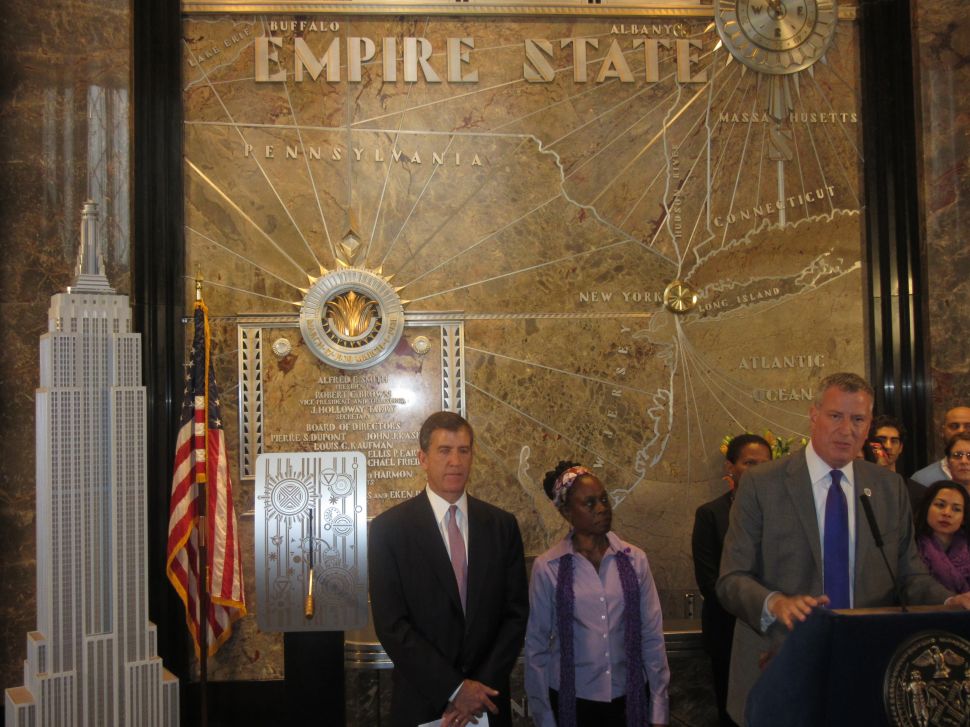