Mr. de Blasio reiterated his “no comment” mantra on Mr. McFarlan–an ex-con with a lengthy rap sheet for manslaughter and drug charges–just moments before he criticized him for alluding to Ms. Noerdlinger’s high-power post working for Ms. McCray at his recent court appearance, which was first reported by the Daily News.

Ms. Noerdlinger previously worked for Rev. Al Sharpton’s National Action Network, and the de Blasio administration has come under increasing pressure to fire her after it came to light that Mr. McFarlan had attacked the NYPD on social media and that Ms. Noerdlinger was in the car with him when he was arrested recently on marijuana-related charges.

“I’ve said everything I’m going to say, and this is a guy who does not work for us and I’m just not going to speak to what a boyfriend does. I’ve said this before, I’ve just got nothing to say about it,” Mr. de Blasio said seconds before a reporter directly questioned him about the name-drop. “He’s on his own entirely and he should not have done that.”

In audio recordings of a ticket hearing obtained by several news outlets including the Observer, Mr. McFarlan asked a judge if she considered police might have lied in writing him parking tickets for Ms. Noerdlinger’s Mercedes-Benz — saying he was really targeted for the tickets “because I’m black and I drive a nice car.”

“She’s the chief of staff for the First Lady of New York City, so she–” Mr. McFarlan said seconds before the judge cut him off.

Mr. de Blasio has steadfastly stood behind Ms. Noerdlinger, and appears to be waiting for the media attention to pass over. 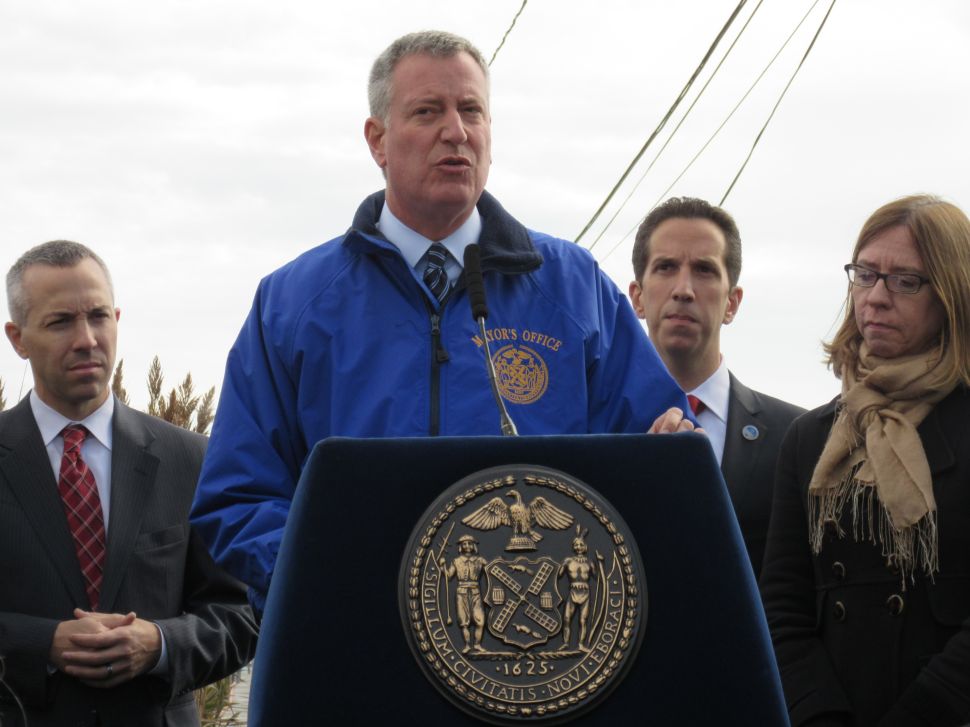