There may be plenty of lingering questions surrounding what Rachel Noerdlinger told the Department of Investigation about her relationship with an ex-con during her hiring, or her son’s injuries when she applied for a residency waiver — but Mayor Bill de Blasio is clearly tired of taking them.

“I think we’ve covered this issue very clearly. DOI did a review, there was no effort to deceive,” Mr. de Blasio said at an unrelated Staten Island press conference. “I have absolute faith in Rachel and her ability to serve the people of this city, and — case closed.”

Mr. de Blasio’s office said Friday a DOI investigation had found that Ms. Noerdlinger, chief of staff to first lady Chirlane McCray, failed to mention on a hiring questionnaire that she lived with Hassaun McFarlan, who has been convicted of killing a teenager as a young man and trafficking drugs more recently. But DOI found there was no “intention to deceive” in her actions, according to the mayor’s office, and Mr. de Blasio declined to take any disciplinary action against her.

Ms. Noerdlinger’s relationship with Mr. McFarlan was just one of many reasons she was under scrutiny over the last week. The Observer reported Ms. Noerdlinger had been hit with a $28,000 federal tax lien, and the New York Post reported that while she was granted a waiver to live in New Jersey because her son was badly injured in a car crash, the teenager was well enough to play high school football.

Mr. de Blasio was asked specifically whether he was concerned about statements Ms. Noerdlinger made to get her residency waiver, and once again defended her.

“No I’m not, and I think this whole notion, with all due respect to all of you and the job you have to do, this notion of let’s talk about people’s boyfriends, let’s talk about their children, it’s just going too far,” Mr. de Blasio, who has made his family a central part of his public persona, said.

But a reporter repeatedly pressed Mr. de Blasio, pointing out that Ms. Noerdlinger was granted the waiver because of her son.

“She got the waiver for a variety of reasons, and it was done appropriately. The point is, and let’s be honest about this, the way this public discourse is going, people are going more and more, in not just this case but in many other cases, into people’s boyfriends, girlfriends, children, aunts, uncles. This does not have to do a lot with public service — she’s a good public servant,” Mr. de Blasio said.

“The point is she’s a good public servant and that’s what I respect,” Mr. de Blasio said. 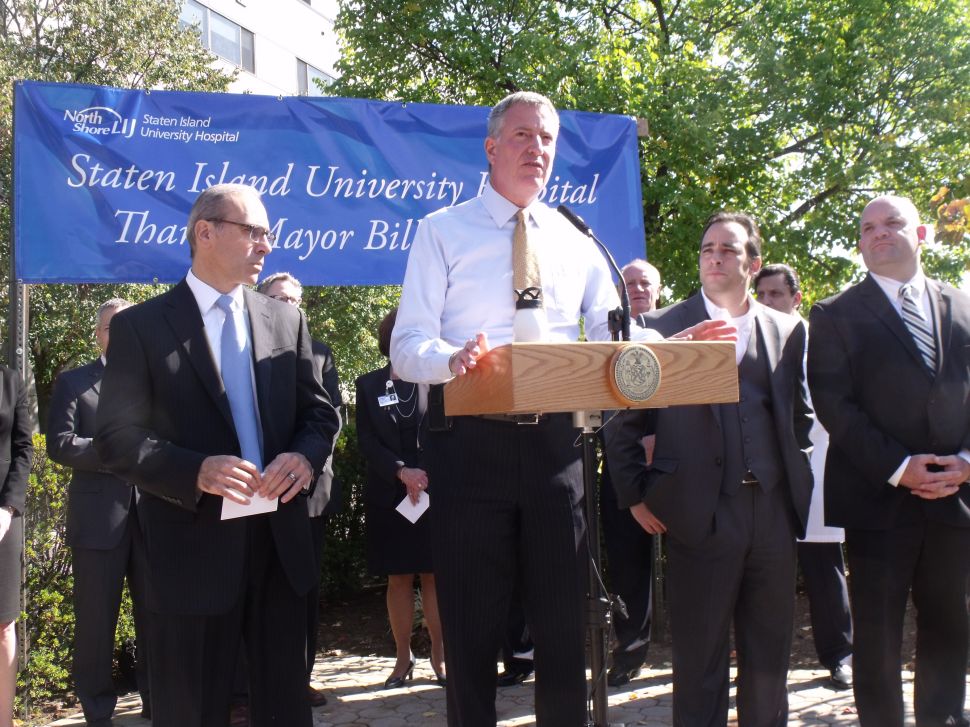