Plenty of designers and stylists can say that they’ve made certain starlets with their red carpet creations. But Diane von Furstenberg recently came out with a tidbit that takes the claim to the next level.

In a recent interview with the Wall Street Journal, she explained that Anne Hathaway might not be with us today if it wasn’t for the DVF wrap dress. Ms. von Furstenberg mostly talked about her upcoming memoir, but also spoke about the DVF wrap dress’s staying power, which is when the Anne anecdote came up.

When Ms. von Furstenberg and the actress were hosting a lunch for female Oscar nominees last year, she said, Ms. Hathaway’s mother pulled her aside. From the WSJ:

“Her mother said, ‘I have to tell you something that she doesn’t even know.’ She said, ‘Well, I seduced her father in a wrap dress. As a matter of fact she may have been conceived in one.’ Then Anne says to her mother, ‘Is that the one with the tulip print?’ She kept the dress!”

So thank you, DVF, not only for creating one of the most iconic dresses of the 20th century, but also for imbuing it with such sophisticated sex appeal that it results in the creation of future A-listers. The Dark Knight Rises and The Devil Wears Prada would not have been the same without your help! 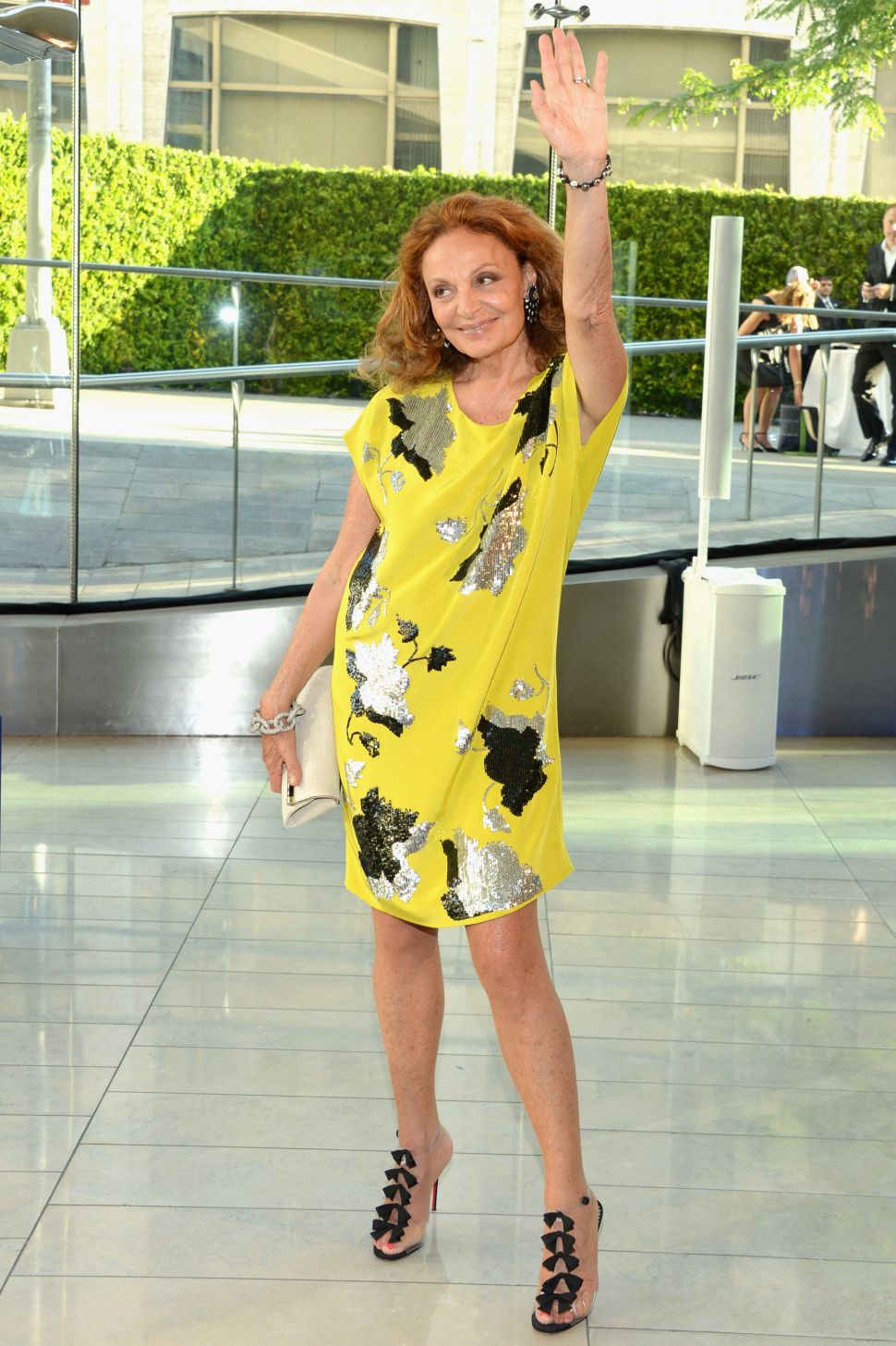