The business landscape of New York is constantly changing–which makes it especially sad to see those with the longest histories number among the casualties. Smith’s Bar is the latest, according to Vanishing New York, after a 60 year run in its location on 8th Avenue and 44th Street.

Smith’s will close this Thursday due to issues with its lease. The dive bar, which opened in 1954, has mostly maintained its unique charm, even after new owners bought the place “somewhere around 2009.” Their website now directs to their affiliate, Social Bar.

The New York Times wrote in a 2005 profile of the business: “That a place like Smith’s still exists in Midtown is a testament to the bipolar nature of New Yorkers, who are obsessed with the new and trendy and yet fiercely protective of old haunts and habits.”

Smith’s follows other New York staples which recently closed. As the Observer previously reported, the Subway Inn, an Upper East Side beacon, battled for survival after their building came under new ownership. The Times wrote back in September of the closing of Milady’s in SoHo, Jackie’s 5th Amendment in Park Slope and the Ding Dong Lounge on the Upper West Side. They called the onslaught of closings “a familiar sight.” Now with Smith’s shuttering, another one bites the dust.

Many fans of the bar took to the comments of the Vanishing New York blog to eulogize the venue. Other New Yorkers, in remembrance of all the businesses which come and go in the city, lamented in their own way.

Hedy Pagremanski, profiled by The Times, is remembering the city through her paintings. She stakes out a spot near old buildings set to be demolished and captures them while they’re still alive. To date, she’s painted more than 80 buildings.

“I once went to the Landmark Commission and said, ‘What buildings are coming down?’ And they said they never know until the wrecking ball hits. And that was about twenty years ago.”

The news of Smith’s closure came pretty suddenly as well. 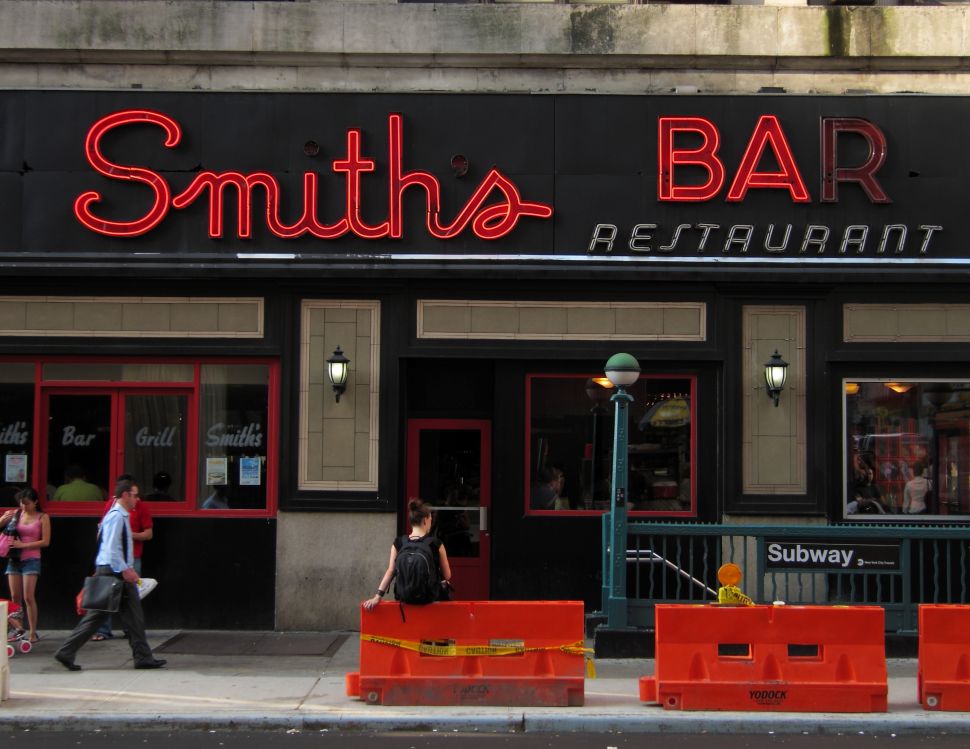