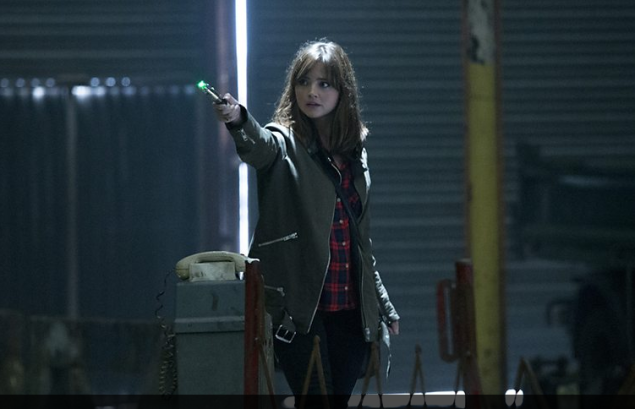 Until last week, I had never heard of Jamie Mathieson, the scribe of these last two episodes. But on the strength of these two installments, I’d suggest the man could teach a master class on character development.

Even after weeks of tremendous acting by Peter Capaldi, the character of this incarnation of the Doctor still remained somewhat elusive, until last week’s “Mummy on the Orient Express,” in which his true nature sprang into sharp relief. This time out, Mathieson builds on that progress, diminishing the Doctor’s role for an episode—quite literally shrinking it down—in order to give Clara’s often somewhat vague, whatever-they-need-her-to-be-this-week persona room to develop in startling new ways.

Most delightful, though, is the way he has managed to do so without any solemn ponderousness or very-special-episode bells and whistles. Call it the antidote to Moffat-ism. Our dear showrunner does adore his whole-season arcs and earth-shattering revelations, and much as I loved “Listen,” it does tend to get wearing when every episode marches in announcing how very profound and show-altering it is.

Instead, both of these Mathieson-penned episodes are, at heart, just good, traditional, somewhat silly standalone Who stories. Last week, it was a dangerous riddle that the Doctor had to solve while confined with fellow victims—clearly well-trodden territory. And this week, we’ve got scary monsters chasing our protagonists through tunnels. Not exactly groundbreaking stuff. But Mathieson wrings subtle, deeply felt themes from these simple tropes that make you sit up and take notice.

One way he does this is by cleverly manipulating our understanding of the phrases and metaphors that the show is built upon. For example, “It’s bigger on the inside”—or, as I like to call it, the metaphor that keeps on giving.

It’s always been clear that the impossible physics of the Tardis represents (among other things), the impossibility of ever fully knowing another person, the vast and rich interior life of every and any human that is masked by our limited, single-seeming faces.

Of course, this very fact presents a great challenge to the fiction writer (including the writer of television episodes). You can’t show us the immeasurable interiority of a character onscreen—and if you could, the person would not strike us as being a stable, unified “character” at all. So what do we really mean when we say that a fictional character is well fleshed-out, “three-dimensional”? Is it just a narrative trick, or does it gesture at something more profound about who or what we are as people?

“Flatline” addresses these questions by playing with the very notion of dimensionality. What it actually means for something or someone to be three-dimensional. (Mathieson obviously loves playing around with words and concepts like this—at one point in the episode he literalizes the idea of Hammerspace by having Clara pull a huge sledgehammer, via the Tardis, out of her much smaller purse.) Thus, the episode revolves around an invasive alien species from a universe that exists in only two dimensions, and is learning to exist in our three-dimensional space. A plot that neatly mirrors the ongoing attempt by Clara to understand herself in some way that is not—or not simply—defined in relation to the Doctor.

Clearly never far from the notion of characterization here is English novelist E.M. Forster’s famous 1927 distinction between “round” and “flat” characters. A flat character, wrote Forster, is one whose entire persona can be summed up in a single sentence; he or she doesn’t develop or do anything out of character, and never surprises us. A round character, in contrast, does things we don’t expect, develops over time, and is much closer to a realistic depiction of a person. But despite being less “realistic,” flat characters are very necessary features of novels—they anchor us, and provide the reader with consistency, a sense of a real world that the round characters can grow and change within.

The Doctor seems to think that he needs Clara—that he needs companions in general—in much the same way. He is the ever-changing man, while they are his stable sidekicks. And one question this episode toys with is whether this gets it exactly backward. By trapping the Doctor inside a shrinking Tardis for most of the episode, “Flatline” forces us to ask: What if it is the companions that are the round characters, the ones who grow and change, while the Doctor is, in the end, rather flat?

The Tardis is shrinking on the outside, because the two-dimensional aliens (the Doctor later names them “the Boneless”) are leaching out its dimensional powers in order to learn about our universe and make themselves round. While the Doctor tries to figure out what is going on from inside the Tardis, he sends Clara out into town to find clues. But almost immediately the door of the Tardis gets too small to get out of, and so the Doctor is stuck inside, while Clara is stuck in a council estate in Bristol.

In order to help her help him, the Doctor lends Clara his sonic screwdriver and psychic paper, and Clara immediately gets the notion that now she can pretend to be the Doctor, can wear his persona for a while. As she gets deeper and deeper into the mystery of the week—discovering, with the help of a local graffiti artist, that people have been disappearing from their homes and reappearing as lifelike murals on the walls of a tunnel—this pretense that started as a joke becomes more and more real to her, until she finds herself thinking and acting like the Doctor, or how she imagines he might think and act.

As the aliens, now able to exist in three dimensions, chase them murderously through the subway tunnels under Bristol, the Tardis basically just a useless hunk of metal with the Doctor trapped inside, she tries to come up with a plan to save them. And then something extraordinary happens.

“Think!” She says to herself. “What would the Doctor do? No, what would I do?” And then she comes up with a fairly brilliant solution to their predicament, recharges the Tardis, and allows the Doctor to come out and banish the Boneless.

This moment is remarkable in terms of the development of Clara’s character. Instead of simply emulating the Doctor, she creates her own version of the Doctor, of what she has learned from him, within herself. Just as the Doctor has many personae, she makes herself momentarily into her own Doctor-incarnation, rather than just aping this version (or the floppy-haired one she once knew).

But then, as she celebrates her triumph, he cautions her to restraint: “A lot of people died.”

—“Largely so other people don’t have to.”

This version of Clara is interesting, and brilliant, but she has also achieved some of the Doctor’s lordly manner and callousness, particularly toward her loving boyfriend, to whom she is now actively lying about continuing to travel with the Doctor. The Doctor is impressed by Clara’s fortitude and cleverness, but he has some serious reservations about this development—as should we.

—“You were an exceptional Doctor, Clara. Goodness had nothing to do with it.”

A concern that is also emphasized when our season-long arc shows up in the person of the mysterious Misty, gloating about this turn of events. Why it is in her best interest to make Clara into this more developed character, we have yet to see. 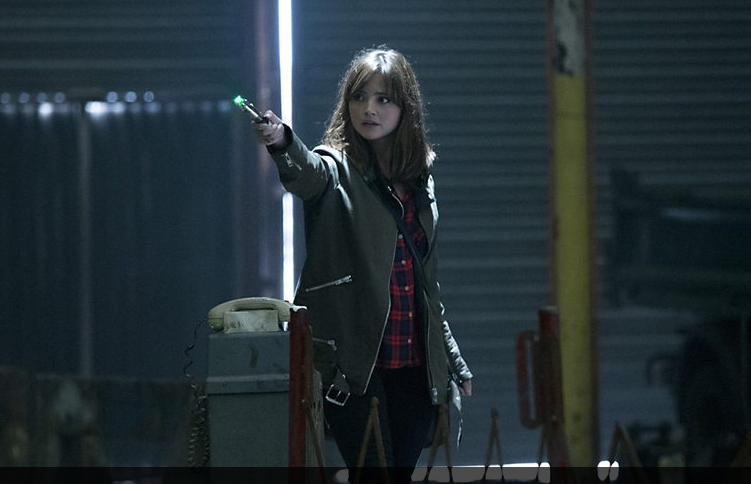