Let’s start with the good stuff.

The acting in “Kill the Moon” is downright fantastic, particularly by Jenna Coleman, who has grown from an actress I was lukewarm about to the beating heart of Doctor Who. It features some clever, moving, brilliantly written dialogue that allowed its characters to develop before our eyes. And it is beautiful to look at.

And so it is too bad that the actual plot of the episode is so godawful. The whole thing doesn’t make much sense, is morally questionable, and runs entirely counter to the most basic themes of the show.

Yes, I know that at heart Doctor Who is still a silly show that features a crazy man flying around in a blue box, and that it rewards the suspension of disbelief. So I never, for instance, worry my head with the inconsistent and paradoxical nature of its “timey-wimey” approach to time travel.

But when an episode is going to bash me over the head with its Big Moral Dilemma—when it all but asks me to clap my hands to show I believe—then it had better make sure that it has kept me on board until that point. And this one just kept taking me right out of the story.

The plot of the episode, such as it is, is fairly simple. The Tardis deposits the Doctor, Clara and her student Courtney Woods on a space shuttle that is just about to land on the moon, along with three crewmembers and 100 nuclear bombs. Their mission: to blow up the moon. Because it has recently somehow put on 1.3 billion tons of extra weight, which is causing cataclysmic tides on Earth.

They are discovered by ugly spiderlike monsters, which kill two of the crewmembers, leaving only the female captain. But these turn out not to be the real threat. They’re just gigantic bacteria, living on a MUCH larger host body. The Doctor goes to investigate, and returns with the news that the moon is, in fact, an egg, in which an alien creature has been gestating for hundreds of thousands of years. Only now it has finally grown to its final size, a billion tons or so, and it is about to hatch, destroying the moon/egg in the process.

The captain wants to finish her mission and kill it with the nuclear bombs, on the fairly reasonable grounds that, even assuming the fragmented eggshell-moon wouldn’t rain destruction down on Earth, who knows what the intentions of the unimaginably enormous newborn would be toward the planet? Courtney thinks it is wrong to kill an unborn baby that hasn’t done anything wrong. Clara leans toward Courtney’s sympathy, but also can’t ignore the captain’s logic: one life vs. the potential deaths of billions. And the Doctor… leaves.

No, seriously. He just up and takes off in the Tardis, saying that this is one of humanity’s great momentous decisions, and that he cannot make it for them. So they decide to poll humanity, broadcasting to everyone on Earth that they should turn off their lights if they want to kill the thing, and leave them on if they think they should risk letting it live. (Which is basically tantamount to Clara turning to the audience and saying, “So, what would you do?”)

The Earth turns off all its lights, voting to kill. The captain goes to do so, but Clara decides that her vote matters more than all of humanity’s and shuts off the bombs. Then the Doctor reappears in the Tardis and flies them off to watch the moon crush into dust, and the massive creature get hatched and fly away harmlessly, laying a new egg/replacement moon in its wake. And the Doctor tells them that this decision paves the way for the future of humanity, which after this point spreads out to the corners of the galaxy and lasts until the end of time.

But: no. Just no. It’s all too easy, and too stupid. A creature that has been gestating for a hundred thousand years wouldn’t grow from weightless to over a billion tons in the last ten years. And you can’t poll the whole population of the Earth by asking it to vote with its lights, because only half of the planet would be experiencing night, and the chances of all of that territory being in view of the moon is slim. (From the shot of Earth turning out its lights, it appears that only Western Europe and the Eastern seaboard of the U.S. got to vote, so way to be culturally inclusive, guys.) And so on.

But most inconsistent is the behavior of the Doctor here. This is such a momentous decision for humanity that he’s out? How many hundreds of times on this show has he made momentous decisions on behalf of humanity?

And yes, I understand that this season has been all about how this incarnation of the Doctor is more “alien” than previous versions. But his love for and protection of humanity is a central theme, if not the central theme, of Doctor Who, the one thing that he has always been constant in. If humanity’s very survival rested on this one decision, would he really have left it in their hands like this?

Of course not—because the Doctor, all of his protests to the contrary, is clearly lying. He must have known all along that the Earth was in no real danger from the newborn alien, because we have heard his whole speech about humanity stretching to the ends of the galaxy before. So he was withholding knowledge that would have allowed them to make an informed choice. That’s not called letting someone make their own decisions—that’s called testing them. Lording his knowledge over them and seeing if they would make the “right” decision.

And let’s not forget that humanity actually makes the “wrong” decision. So in fact this was really a test of three women, which ended up being just a test of Clara, who took the whole judgment into her own hands.

Which of course leads me to the most troubling aspect of this episode: the fact that it seems to be a sort of planetary referendum on abortion. And Clara’s actions basically say, “Sorry, I’ve decided that my morals trump the collective voting power of the entire world.” (Actually the collective consensus of the world, since it looks like everyone turned out all their lights—I wonder how they managed to shut off all those municipal power grids so fast!) Glad to see that you get to decide such issues for everyone, Clara, and that the show applauds you for it.

We might be able to forgive Clara for this, as she is really the only one who really understands that this is a test, not a choice. Can you imagine if your actual doctor told you: “Your fetus might kill you if you let it come to term—I know if it will or if it won’t, but I’m not telling you because I want to see if you make the right decision.”

Clara is understandably pissed, and doesn’t let the Doctor off the hook, finally blowing up at him and telling him to go away and not come back. But let’s not let the show off the hook either, shall we? Because this is some damned shoddy writing. 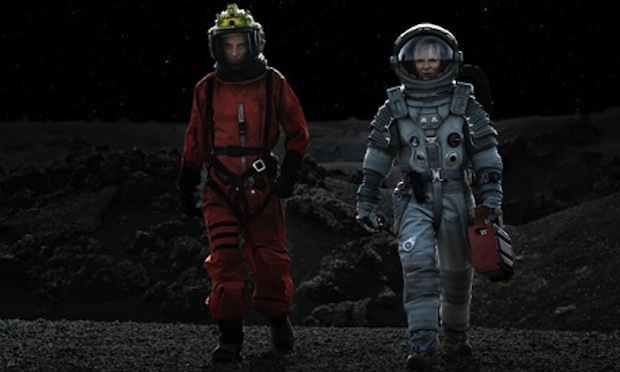