This is the Doctor Who I’ve come to know and love. Sure, its stories may be a little silly and rely on comfortable traditions and tropes—in this case, Agatha Christie mashed up with old Hammer horror flicks—but it does them so well.

And unlike the last few episodes, which tended to beat us over the head with their Big Important Ideas, “Mummy on the Orient Express” allowed itself to have some goofy, if high-stakes, fun. As a result, the ideas that were still there, just beneath the surface, were much clearer, more fully-realized, more compelling. Kudos to newcomer writer Jamie Mathieson for the breath of fresh air. (He wrote next week’s episode as well, and if it is as good as this one, we’re in for a treat.)

The Doctor knows everything, and has a tremendous analytical mind. But he’s also the world’s best chess player. When he hides or forgets his empathy for human beings, as this incarnation of the Doctor is wont to do, and just moves the pieces around to his advantage, it is easy to see him as supremely manipulative. After what he pulled last episode, Clara has every reason to be pissed, and wary, and to declare this her “last hurrah” with the Doctor.

So what does a good chess player do in such a situation, to keep Clara on the hook? Short of just apologizing and promising not to do it again, I mean. Well, Clara is mad at the man, but she’s clearly still infatuated with the myth. She loves her mythology, that one—a fact that became obvious back in Sherwood forest. Back when the Doctor was trying to debunk Robin Hood, only to learn, to Clara’s great delight, that he existed after all. Myth met myth, and after a lot of childish carping, it turned out they polished each other’s legends up quite nicely.

So, without telling Clara why, for their “last” trip, the Doctor whisks them off to another mythical setting—the Orient Express, a re-creation of the famous early 20th century luxury train in space. There is clearly some mystery afoot on board, as the ship’s computer, Gus, has been trying to get the Doctor to come on the train for centuries. What better way to remind Clara of what binds her to him than to walk right into a trap, and then brilliantly scheme his way out of it?

Luckily for the Doctor, a luxurious train is also a fitting setting for a goodbye lap, and Clara—sporting an amazing flapper dress and an even more wonderful bob haircut that Jenna Coleman should seriously consider just wearing all the time—starts out at least trying to have a good time. The Doctor, though, notices her wistful look, and in characteristic Twelve fashion, doesn’t quite get it: “It’s a smile, but you’re sad. It’s confusing. It’s like two emotions at once. It’s like you’re malfunctioning.” (A clever little bit of foreshadowing, that, as the mystery of the week turns out to be yet another piece of malfunctioning military tech. This season really has built up a consistent theme, hasn’t it?)

People on the train are dying, of apparent heart attacks, and for a minute before their demise they see a monster coming for them, a horrible mummy that nobody else can see. The Doctor quickly remembers the myth: a centuries-old legend about a monster called The Foretold, which appears to people exactly 66 seconds before they die.

While Clara goes and accidentally gets herself locked inside a cargo hold with Maisie, the granddaughter of the first victim, the Doctor finds a fellow passengers who is a professor of alien folklore, and they lay out the details of the legend. 66 seconds, mummy attack, invisible to everyone else. There is nothing the victim can do to escape, defend himself or attack the creature. There is also a rumor that there is a secret password that will make the creature stop, but nobody knows what it is.

For the Doctor, though, the most interesting question is always the obvious one that nobody is asking: How likely is it that a legendary monster and a professor of alien folklore just happen to be on the same train at the same time?

You see, the Orient Express is not a luxury train at all, but a lab, in which “Gus” has trapped relevant experts to force them to figure out the mystery of the Foretold once and for all.

Which the Doctor proceeds to do. The Foretold is picking off the passengers in the order of who is most vulnerable, and with each death the Doctor gets fresh insight. Until next in line is Maisie, vulnerable because she is mourning her grandmother. And so the Doctor asks Clara to lie to Maisie and tell her that the Doctor will save her if she faces down the creature.

But the Doctor switches things up, taking on Maisie’s grief so that the Foretold comes after him instead. Once he can see it, he parses out the truth: the monster is in fact an ancient soldier being kept alive by a technology that sucks the life force out of its enemies, and will continue doing so until it knows the war is over. So he finds the magic words: “We surrender.” And the mummy disintegrates.

Later, after he saves everyone from the about-to-explode train, Clara realizes something that had eluded her until then: the Doctor may be smarter than anyone else, but even he doesn’t know what drives him on, forces him to seek out the next crisis, the next mystery. Like the Foretold, the Doctor is driven to press on by a compulsion he can neither resist nor understand.

And in letting him off the hook like this, she lets herself off too. If she’s addicted to “time and space,” so be it. She’s in for more adventures, her reservations about the Doctor be damned.

And so in the end, the Doctor gets what he wanted. His companion, for at least one more adventure. (Though, like any addict, Clara must be headed for some kind of crash eventually.) But the true complexity of the episode lies in the question of whether this outcome—for which several people had to die, and Clara was put in yet another impossible moral position—was the Doctor’s plan all along, or an unforeseen road bump that coincidentally got him what he wanted.

And is there any way of knowing? 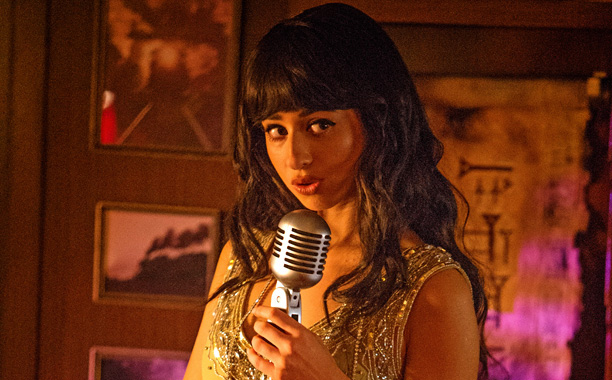