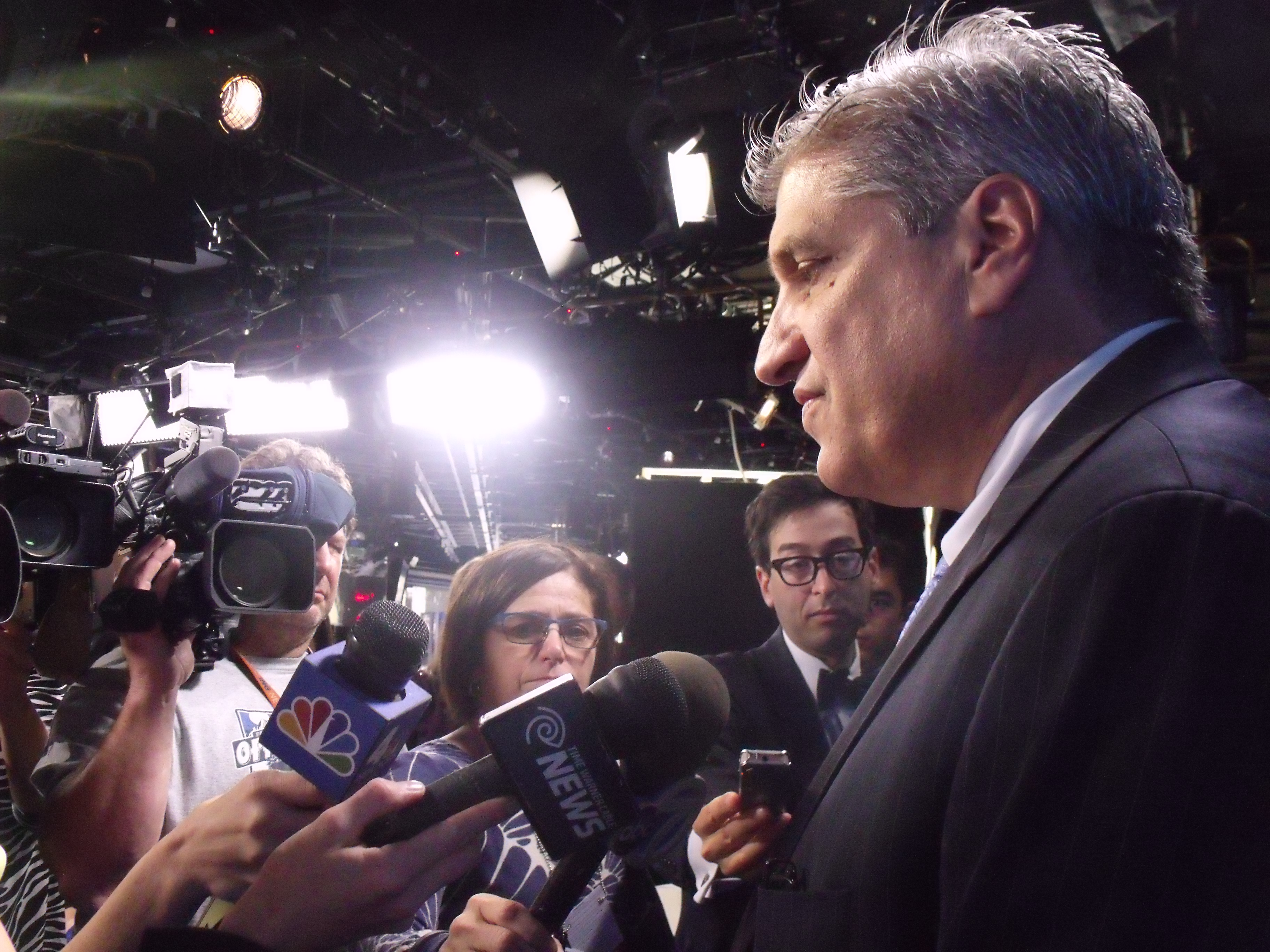 “The Staten Island Advance, I respect the editorial board, but they got this wrong,” Mr. Recchia told reporters before a rally for Gov. Andrew Cuomo.

“We are not overlooking Mr. Grimm’s considerable legal woes, of course. To have Staten Island’s congressman under federal indictment has been a black mark on this borough and has made it the laughingstock of the nation,” the Advance editorial board wrote. “Unfortunately, his opponent’s astonishing incoherence in public statements only adds to the ridiculousness.”

The newspaper noted its candidate of choice has a few issues: he’s facing a 20-count indictment related to his ownership of a restaurant before entering Congress, he threatened to throw a reporter off a balcony on television, he spent “considerable time in the ladies’ room of a Brooklyn tavern,” he allegedly pulled a gun at a Manhattan dance club, and his friend was convicted of funneling him illegal campaign cash.

But the paper lamented that beyond attacking Mr. Grimm, Mr. Recchia — who has been plagued by repeated gaffes — “doesn’t bring much else to the table. His campaign strength, it would seem, is to say he’s not Michael Grimm.”

Mr. Recchia insisted today that his record is strong.

“I’m a person who has a good record, 12 years in the City Council, four years as the finance chairman delivering for Staten Island, working with the Borough President Jimmy Oddo, making sure there was funding for Snug Harbor, Richmondtown, the Staten Island Zoo, I.S. 34, P.S. 52,” Mr. Recchia said, rattling off a list of Staten Island institutions. “I could go down the list with all the things we funded and helped with. And you know — I’m gonna win this race. We’ve got the people on our side.”

The DCCC believes the same thing — saying in a memo today Mr. Recchia was well-positioned to win — but despite a huge fundraising advantage and Mr. Grimm’s February trial date, many observers of the race now believe Mr. Grimm, who remains popular in his district and has outperformed Mr. Recchia in debates, will win next Tuesday.

The Advance a daily newspaper circulated in Staten Island, along with its website SILive.com, is an influential force in local politics. The paper’s endorsement comes just two days after it co-hosted a debate in the race with NY1. While Mr. Grimm touted the paper’s endorsement on his Facebook page, the editorial’s opener made it quite clear the paper was displeased with Mr. Grimm, too.

“There are, on occasion, electoral races in which both candidates are of high quality and high integrity and conduct a tough but fair campaign about the issues,” the editorial board wrote. “Fair-minded voters have a difficult choice, but they can know that, no matter who is elected, they’ll be well represented by someone who won’t embarrass their community.”

The editorial continued: “The election for the House of Representatives seat in the 11th New York Congressional District is nothing like that.” 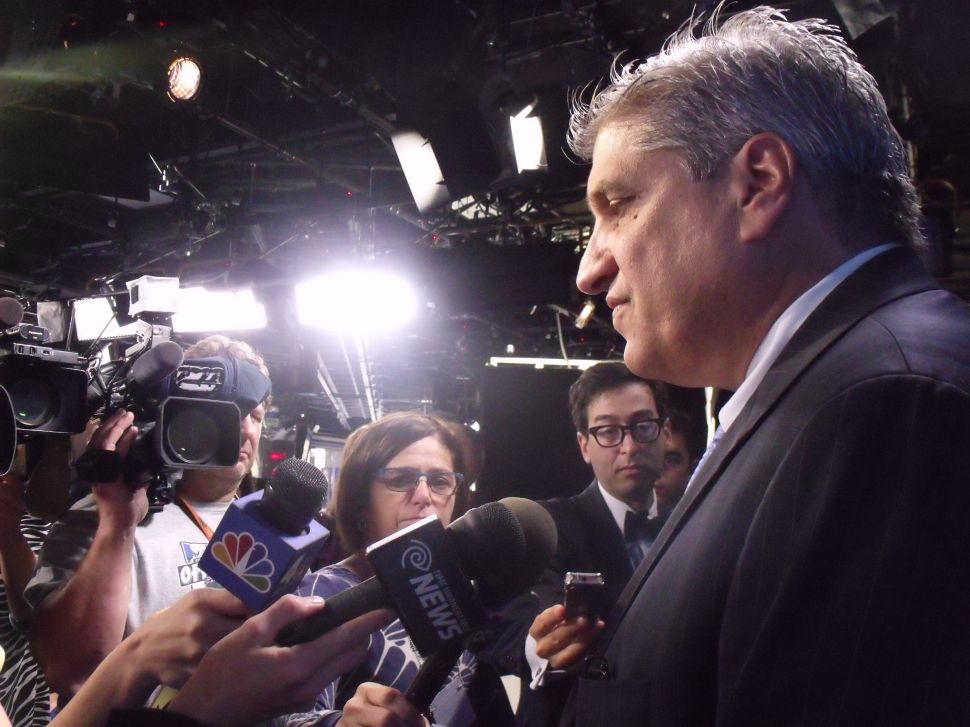