Despite a series of missteps and new questions about whether he can ultimately unseat an indicted elected official, Domenic Recchia Jr. declared today that he is unequivocally “winning this race” for Congress.

“I am winning this race. We have the momentum, we are doing great in this district. People are excited,” Mr. Recchia told the Observer at an endorsement press conference in Manhattan.

Mr. Recchia was in Manhattan to receive the endorsement of the largest municipal union, DC 37. Ironically, DC 37 has not shied away from backing indicted elected officials like State Senator Malcolm Smith, but union leaders said today their nod was only about Mr. Recchia and his record helping organized labor.

The union, despite its size, is not known to swing elections.

“It has nothing to do with the indictment of Michael Grimm. This endorsement is focused on the accomplishments of Domenic M. Recchia,” said Zita Allen, a spokeswoman for the union.

While Mr. Recchia, a Democrat and former Brooklyn councilman, has out-raised Republican Congressman Michael Grimm and racked up numerous endorsements, observers of the race for the Staten Island and Brooklyn-based district question whether he will be able to knock out the incumbent. In addition to facing an indictment related to his management of a Manhattan restaurant before he was elected to Congress, Mr. Grimm drew criticism for threatening a NY1 reporter on air–still, even with a shoestring campaign and negative headlines, Mr. Grimm is neck-and-neck with Mr. Recchia in polls, worrying local Democrats.

Though Mr. Grimm’s indictment appeared to seriously diminish his chances of winning re-election–national Republicans stopped pumping cash into his coffers and the nonpartisan Cook Political Report said a Recchia victory was likely–the ex-marine has aggressively defended his turf. In an off-year election, demographics also favor Mr. Grimm and he has sought to tie Mr. Recchia to Mayor Bill de Blasio, a liberal Democrat who is relatively unpopular in the district.

Mr. Recchia does appear to be running a far stronger race than the Democrat who challenged Mr. Grimm two years ago, Mark Murphy. Mr. Murphy rarely appeared on the campaign trail, baffling supporters.

Before Mr. Murphy took the plunge, Mr. Recchia contemplated a bid of his own. He declined that year to enter the race.

The election will be held November 4. 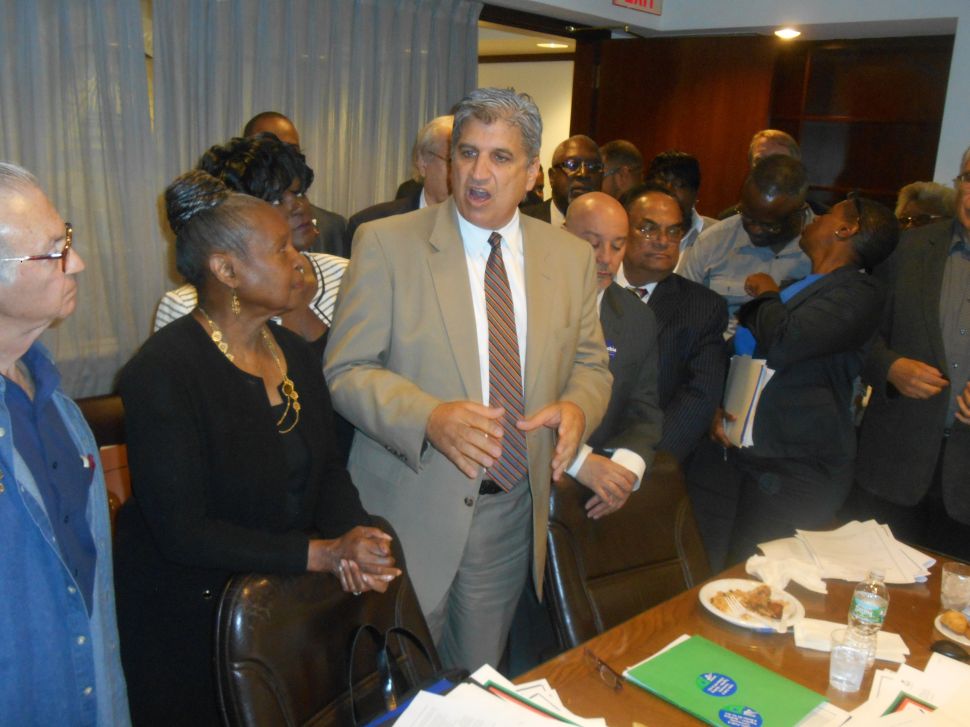